Who Needs A Second Wave?

1st Wave
SiriusXM Satellite Radio
At the beginning of June, I signed up for a four month free trial of SiriusXM and I can't say enough good things about it.  Truth be told, the only station I've listened to so far is 1st Wave because every time I turn it on, it's playing something that I enjoy.

I was a semi-regular user of Spotify over the past few years, but I've found that I listen to SiriusXM more often for a couple of reasons.  First, I like knowing that I can tune into a station with the confidence that I'm going to enjoy what they're playing.  The other services focus more on their on-demand feature - you type in the name of a song and it plays.  That's all well and good, but I can do that on YouTube for free.

Additionally, I tend to experience a bit of choice paralysis when it comes to services like Spotify.  I can't think of what I want it to play, so I end up playing the same dozen songs over and over again.  They supposedly have algorithms and playlist generators that are designed to predict songs that you'll like based on the ones that you choose, but they very often seem to miss the mark for my tastes.  I might be listening to something like Talking Heads or The Pretenders, and they'll queue up Lucky Star.  Sorry, I know that some might classify each of them as pop, and I know they're all from the 80's, but Madonna is on an entirely different planet from The Pretenders - at least for me.  It would be like having a roast beef sandwich and a bowl of cereal for dinner.  They're both perfectly fine things to eat, but it's a jarring and unnatural experience to have one right after the other. 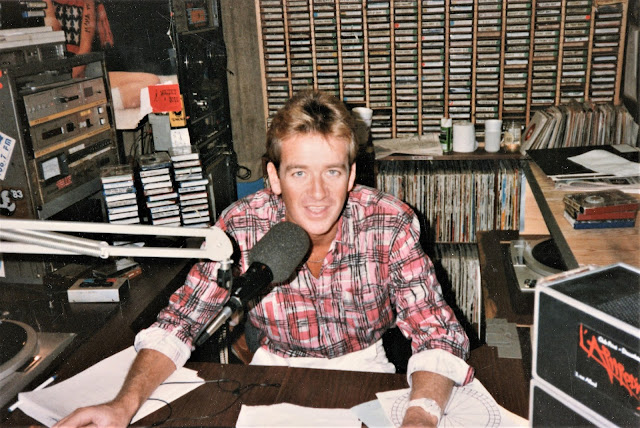 The second reason I prefer SiriusXM probably ties directly to the first - the DJs.  I can't speak for any other station, but the 1st Wave staff are experts of the genre with a resume to match.  Richard Blade and Swedish Egil are from the glory days of KROQ.  When they talk, you want to hear what they have to say, from concert tour information to interviews and facts about the artist and their songs and albums.  They're fans of what they're playing, and they've got decades of experience, so when they work in a deep cut from a classic alternative artist, you get the full background of what you're listening to.  This is an example of a finished product that is greater than the sum of its parts.  They've created an immersive experience that can't be replicated by a computer algorithm.  It's what made radio great in the first place.

The DJs also do a great job of playing new music from my favorite artists.  For example, a few weeks ago, Richard Blade introduced a new version of West End Girls that Pet Shop Boys recorded during the pandemic.  I may have never known that the Lockdown Version of one of my favorite songs even existed, let alone to learn about how it was created.

When I first signed up for the trial, I had every intention of cancelling the service before the free four months were over.  After spending a few weeks listening to 1st Wave, I can't imagine why I'd ever want to get rid of it.