The Only Way To Win Is Not To Play 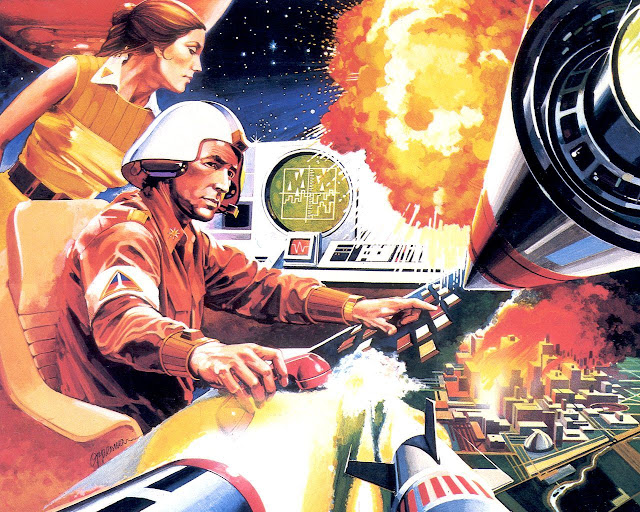 Missile Command
Atari (1980)
One of my favorite video games came into this world at the same time that I did.  The Atari classic Missile Command first appeared in arcades 40 years ago in July, 1980.  The game is played with a three button panel on the left and a trackball on the right.  The trackball is used to set a target, and pressing each button will fire a missile from one of three bases at the bottom of the screen (left, center and right).  The goal of the game is to use your missiles to intercept a missile attack from an off-screen enemy before they destroy one of your cities.  When all of the cities are destroyed, the game is over.

The graphics are extremely primitive by 2020 standards, but this game stands the test of time.  It's a fast-paced, intense experience, especially when you consider the circumstances at the time when this game was released.  In 1980, the Cold War between the United States and Soviet Union was in full effect.  When this comes up in conversation with people who were born after the fall of the Soviet Union, I get the impression that they have a hard time grasping the tense atmosphere of the situation.  The "duck and cover" videos were no joke.  There was a very real sense that a nuclear war could begin at any moment, and that once the first atomic strike was launched, it would lead to a series of attacks on both sides and the start of World War 3.  This game boldly captured the panic and anxiety of life during the Cold War.  It also captured the inevitable outcome if such a war were to take place.  There is no way to win the game.  The missile strikes keep coming until you are too slow and exhausted to keep up.  When you put a quarter in a Missile Command machine to start the war, your cities will be destroyed.  It's only a matter of how long you can keep going through the madness before it overcomes you. 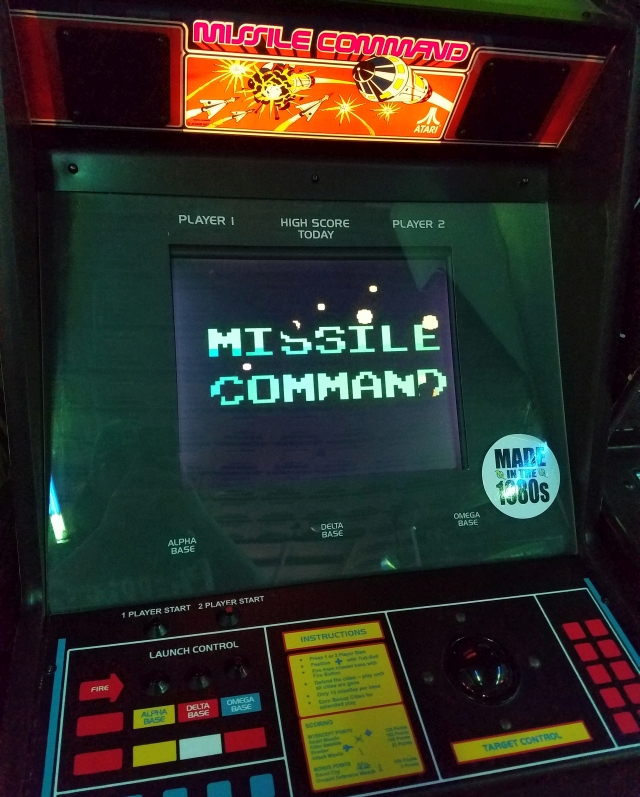 I've played many home ports of this game, but none capture the true arcade experience.  The only place I've ever been able to play on the original arcade cabinet since I was a kid in the 80's is at the Timeline Arcade in York, PA.  I believe they replaced the monitor with an LCD, but aside from that, it's an authentic experience of what it was like to play Missile Command back in the day when it made hundreds of thousands of dollars a year - one quarter at a time.