And So Ends Another Season 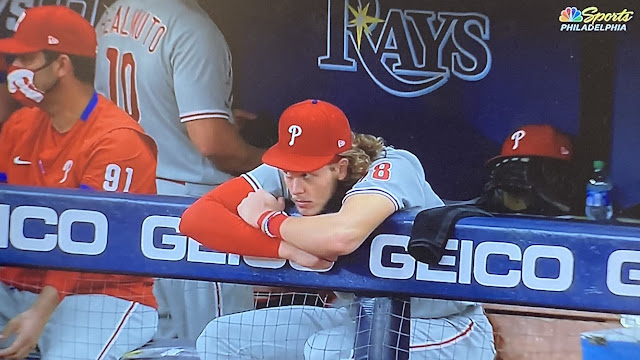 All they had to do was win today.  One game.  The Phillies has the ace of their rotation on the mound for the last game of the season against a Tampa Bay Rays team that had already clinched their division.  If they would have won, they would have clinched the final spot in the 2020 playoffs and would have been on a flight to Los Angeles to begin a best-of-three series against the Dodgers on Wednesday.

They didn't win.  The Phillies finished the 2020 season with a losing record of 28-32 and have failed to reach the post season for the ninth consecutive season.  This is second only to the Seattle Mariners for the longest playoff drought in Major League Baseball  The reason for this is no secret.  The Phillies offense has been great.  They've had a solid defense.  Their production from the starting rotation had a few hiccups, but Aaron Nola was fantastic for most of the season, Zack Wheeler has been even better than we hoped he would be, and Zach Eflin appears to have turned the corner and become a dependable middle of the rotation starter. 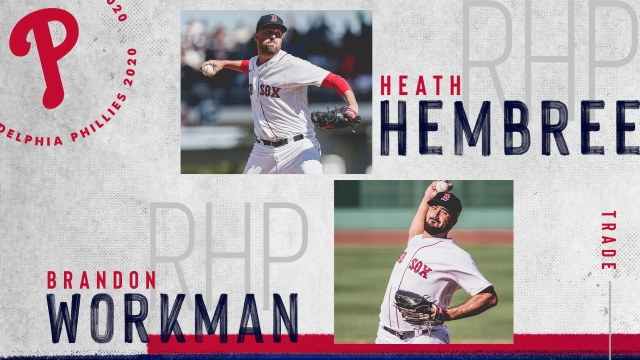 To make matters worse, the Phillies traded one of the few young pitching prospects we had left in our system, Connor Seabold, and Nick Pivetta for Heath Hembree and Brandon Workman - two of the worst mid-season acquisitions in the history of the franchise.  Workman allowed 23 hits and 11 runs over 13 innings with the Phillies, and if it can be believed, he was the better of the two.  Hembree allowed 17 hits and 13 earned runs in just 9 1/3 innings for an ERA of 12.54.  The two combined to give up 11 home runs in less than 23 innings.  To call them a dumpster fire would be an insult to dumpers and fires, both of which serve a more useful purpose in this world than either man did on a baseball diamond in 2020.  To add a final post-script to this disastrous trade, Nick Pivetta has allowed only two earned runs on 8 hits with 13 strikeouts in the nine innings he pitched for the Red Sox after being traded.

If there is any silver lining to the end of the 2020 season, it's the fact that Gabe Kapler's Giants also lost their last game and will not be going to the playoffs.  Instead, it will be the Milwaukee Brewers, the fourth place team in the NL Central, who have clinched the final spot in the post-season with a record of 29-31. 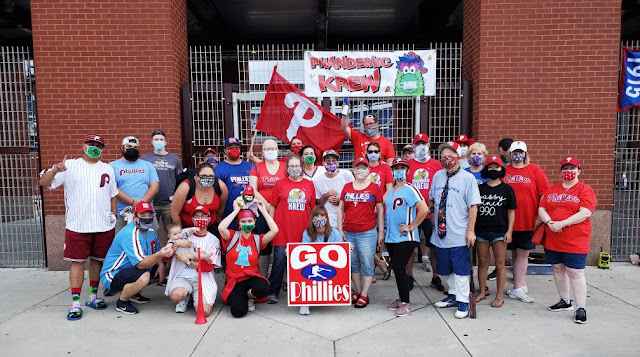 The two brightest spots for the Phillies this season started the year on the outside looking in.  One is third baseman Alec Bohm, who ended 2020 hitting .338 with 4 home runs and 23 RBI after being promoted to the big leagues.  He went hitless in just two games all season, and had multiple hits in 11 of the past 20 games.  His defense at 3B wasn't spectacular, but it wasn't terrible either.  He's made a very strong case to win the 2020 NL Rookie Of The Year.

The second is The Phandemic Krew, who truly embody everything that is great about being a Phillies fan.  The national media loves to take cheap shots at Philadelphia fans every chance they get, but we know who we are.  We're dedicated.  We're knowledgeable.  We give a damn about this team and about the sport.  John Kruk put it best in the speech he gave when he was inducted to the Phillies Wall Of Fame.  He said “You hear players, media people say it’s tough to play in Philly in front of these fans. To those people, I say, you didn’t have the guts to succeed here."  The bottom line is that Philadelphia has the best fans in baseball, and the guys who play the game with heart, whether they win or lose, know that.  The guys who play without heart get chewed up and spit out, because they don't belong here.

So, now that the Phillies are out of it, I can give my prediction without any bias.  I don't really care who goes all the way, but if I were a betting man, this is how I'd fill out my 2020 post-season bracket. 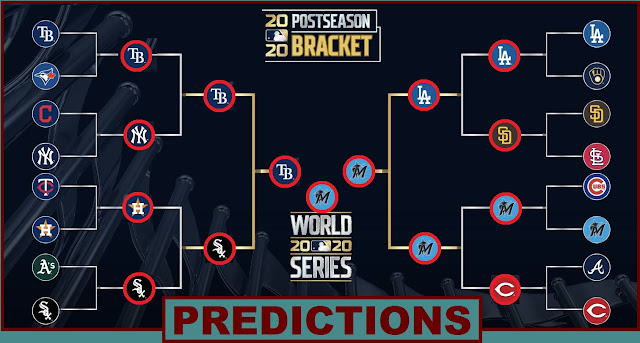 This will undoubtedly be the strangest post season in the history of baseball.  It's a 16 team playoff bracket with four rounds.  There will be no off-days during any round of the playoffs, but there be at least one-off day before the start of each new round.  The 2020 post-season will include one team that hasn't played a single game in their home ballpark, or even in their home country - the Toronto Blue Jays.  It also includes two teams that finished the regular season with a losing record of 29-31: the Houston Astros and the Milwaukee Brewers.  In fact, with the exception of the Pittsburgh Pirates, the entire NL Central Division are playing in the post-season.

The first round of the playoffs will begin on Tuesday.  It will be a best-of-three Wild Card Series that will take place in the home stadium of the top seed.  After the first round, the rest of the post-season will take place in neutral ballparks in Texas and California.  The second round of the playoffs will be a best-of-five League Division Series that will take place in San Diego, Los Angeles, Arlington and Houston.  The winners of each LDS will go on to face each other in a best-of-seven ALCS (in San Diego) and NLCS (in Arlington), with the best-of-seven World Series beginning October 20th at Globe Life Field in Arlington.

The smart money is on the Dodgers going all the way, but the same could have been said for each of the past three seasons and they weren't able to close the deal.  I'm sure others will be picking the Yankees or the Rays as the favorite, but there's something special about this Miami Marlins team.  They've put together a phenomenal young rotation right under everybody's nose.  I've watched how this team manhandled the Phillies all year.  They're no fluke, and I think everybody is going to find that out pretty quickly.  I'm picking the Marlins to win the 2020 World Series in 6 games over the Rays.  Frankly, it wouldn't shock me too much to see the White Sox sneak past the Rays in the ALCS, but I think Tampa Bay has enough to hold them off.