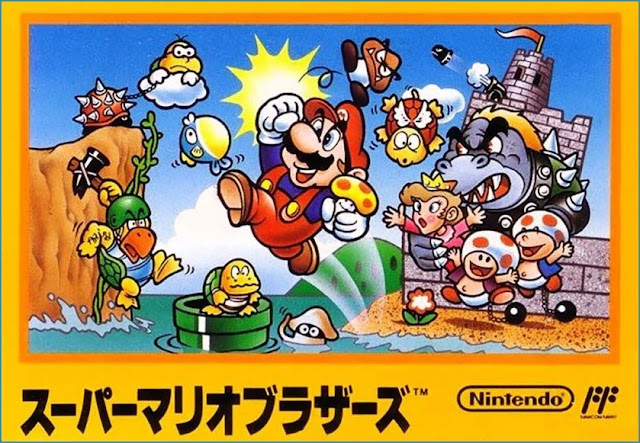 Super Mario Bros.
Famicom (1985)
The original Super Mario Bros. was released on the Famicom in Japan 35 years ago today, and it was light years ahead of any video game that had ever been available to play at home at the time.  It is arguably the most influential console game of all time, and it almost single-handedly restored American consumer confidence in video games after the crash of '83.   The first level is studied by gamers and game designers to this day for the subtle way that teaches the mechanics of the game to the player without ever feeling like a tutorial.