Kit Kat: Witch's Brew
Hershey (2020)
Hershey has finally taken notice of the success that Nestle has had in Japan with flavored Kit Kat bars.  They haven't quite reached the peak craziness of the Far East where Kit Kats come in flavors such as Baked Potato, Rock Salt and Corn, but the Witch's Brew flavor is definitely a step in that direction. 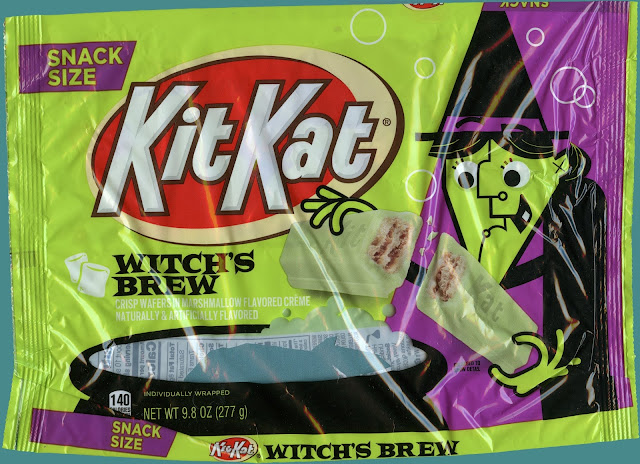 I love the phrase "snack size" when it's used on things like candy.  It's a Kit Kat.  What else would it be if it wasn't a snack... meal size?  Also, is it just me or does that witch have a Frankenstein vibe? 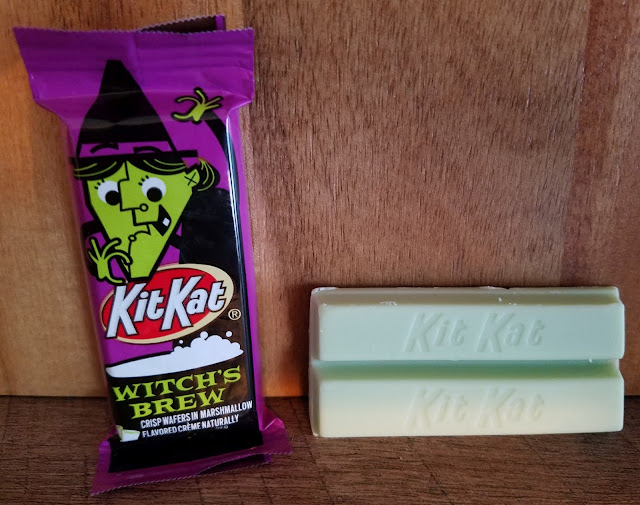 The candy itself is a pale green that reminds me of the color of a plastic glow-in-the-dark toy.  Thankfully, they don't taste like plastic.  They're meant to taste like marshmallow, they definitely do.  The flavor and texture remind me of Rice Krispies Treats, but without the unpleasantness of feeling like you're gnawing on a small gummy brick that the cereal-based snack tends to leave me with.  I could see these coming back for Easter with a rabbit on the package in place of the witch.  They really should because they're excellent.