A Fork In The Road 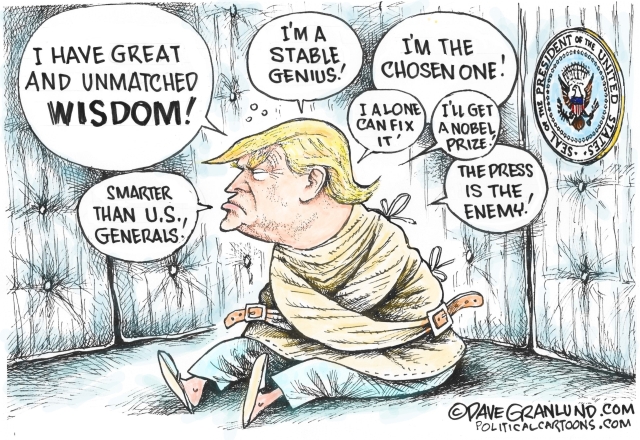 Dave Granlund
PoliticalCartoons.com
I try to avoid politics on this blog, but something happens every once in a while that inspires me to break that rule.  When I was a kid and learned about World War II, the first question I had was how one deranged man could brainwash an entire country into following him down a path of hatred, war and self-destruction.  It wasn't until I got much older that I learned that he didn't have to brainwash the whole country.  He just had to rally enough people to intimidate everyone else into falling in line or staying quiet for their own safety.  Still, in a country the size of Germany, I questioned how one person could so easily trick millions of ordinary people into giving up their common decency and support an ideology based on greed, hatred, bigotry and blatant lies that don't even pretend to contain a shred of truth.
I no longer have that question.  I'm living in it.

Not long ago, I stood in line to cast my ballot and I was surrounded by people wearing the Make America Great Again hat (the 21st century American swastika) and some of the dumbest conversation you could ever imagine hearing   The sad part is these people actually believe the trash that comes out of their mouths.  Like the Germans that came approximately 90 years before them, they've been sold by the hate rallies, the rhetoric and the marketing of an obvious con man who plays on their fears and ignorance for his own personal gain.
Northeast Pennsylvania is in the bag for Donald Trump.  Of that, I have no doubt.  I only hope that there are enough sensible, decent Americans left to send that clown packing back to the bigoted corners of AM talk radio where he belongs.  Frankly, I have my doubts.  He could very easily win this election, or use lawsuits and the courts that he has packed to steal the election.  I suppose time will tell.