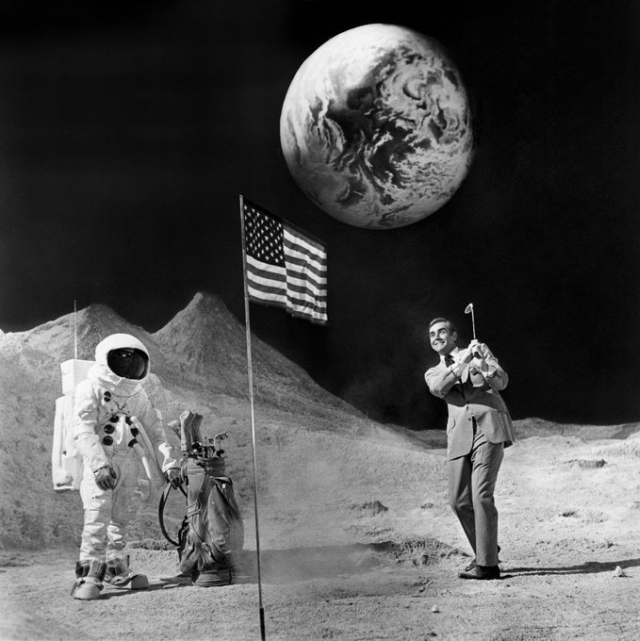 Sean Connery
1930-2020
One of the greatest actors who ever lived, and unquestionably the best James Bond of all-time passed away on Halloween this year.  The legendary performer was 90 years old.
This picture above is from photographer Terry O'Neill (who passed away last November at 81 years of age).  It's was taken in 1971 at Pinewood Studios during the filming of Diamonds Are Forever.  The "golfing on the moon" photo was staged during the filming of the Willard Whyte Techtronics Research Center scene in the movie where Bond crashes through the fake rock in a stolen moon buggy.