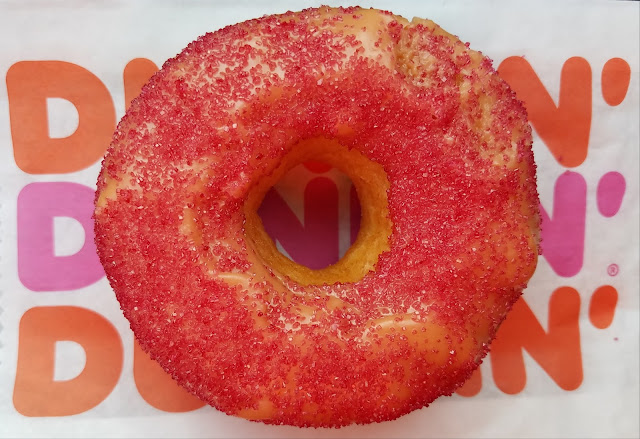 Spicy Ghost Pepper Donut
Dunkin' Donuts (2020)
I've been a huge fan of Dunkin' Donuts for as long as I've been eating solid foods.  One of my happiest childhood memories is walking with my grandfather to the shop on Broad Street in West Hazleton.  It had a counter with bar stools, and a very cool aesthetic of pink, orange and grey on little micro tiles throughout the restaurant.  I've found photos of other Dunkin' Donuts restaurants from the 80's, but I've never come across one for this particular restaurant, or of any that looked like it on the inside.  As cool as it looked, it smelled even better, with the aroma of hot brewing coffee and fresh baked donuts.  If I close my eyes and focus, I can almost smell it. 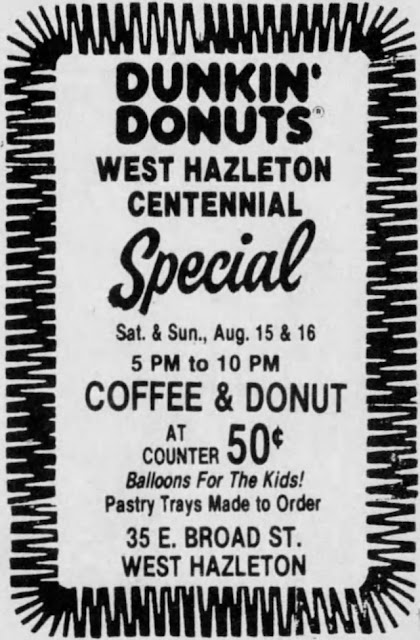 Five years ago, I had the opportunity to visit Dunkin' Donuts Headquarters in Canton, MA.  I had just been promoted to trainer, and the Consumer Engagement Team at Nestle had loaned me out for a few weeks to create and deliver a training program for their rewards card program.  It was an awesome experience and an opportunity that I was very thankful to have had. 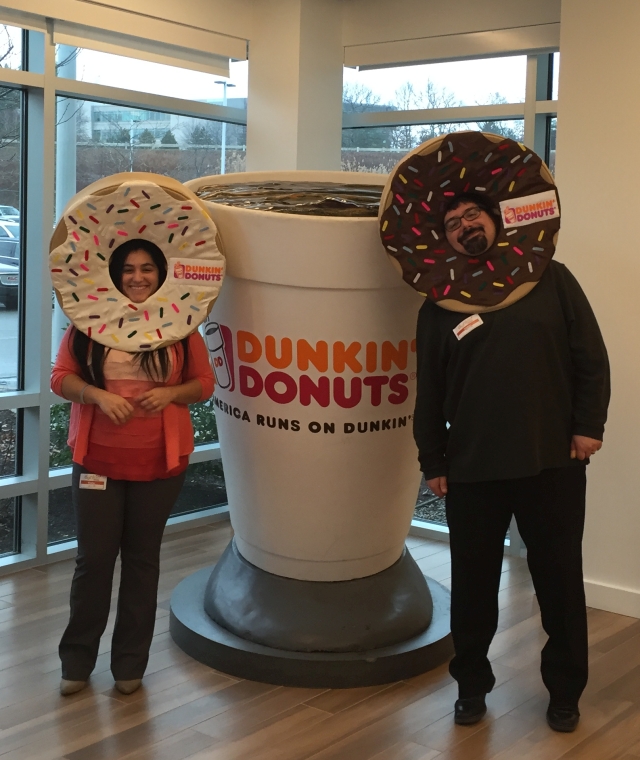 As a consumer, I left Canton with mixed feelings.  The impression I was left with was that donuts were quickly becoming an afterthought at Dunkin' Brands, and they were transitioning into a business model that focused entirely on coffee and breakfast sandwiches.  Don't get me wrong, I love Dunkin' coffee and their sandwiches are delicious, but there's something special about a Dunkin' Donut that you just can't get anywhere else.  I was concerned that the days of new and innovative flavors from the "time to make the donuts" brand were going to be a thing of the past.  I'm very happy to learn that I was wrong.
The Spicy Ghost Pepper Donut is truly remarkable.  The vast majority of hot and spicy foods I've tried over the years have been highly disappointing.  It seems as if most of their creators made little effort in making them enjoyable to eat.  It was just a cash grab gimmick where they'd make something that isn't typically spicy as punishingly hot as possible, then sit back and collect all the money while people dared each other to eat it.  I'm very happy to say that this isn't the case with the Spicy Ghost Pepper Donut.  When I took my first bite, I got a quick burst of the ghost pepper.  It's not the kind of spice that'll have you rushing for a drink, but it's there.  However, it doesn't last very long because the bread and the sweetness of the sugar beats it back almost immediately.  It's like starting a small fire, then tamping it out.  It's thankfully not the kind of thing that will result in thousands of "challenge" videos, but it makes for a delicious and unique snack.  I hope that it turns into an annual Halloween tradition at Dunkin'.