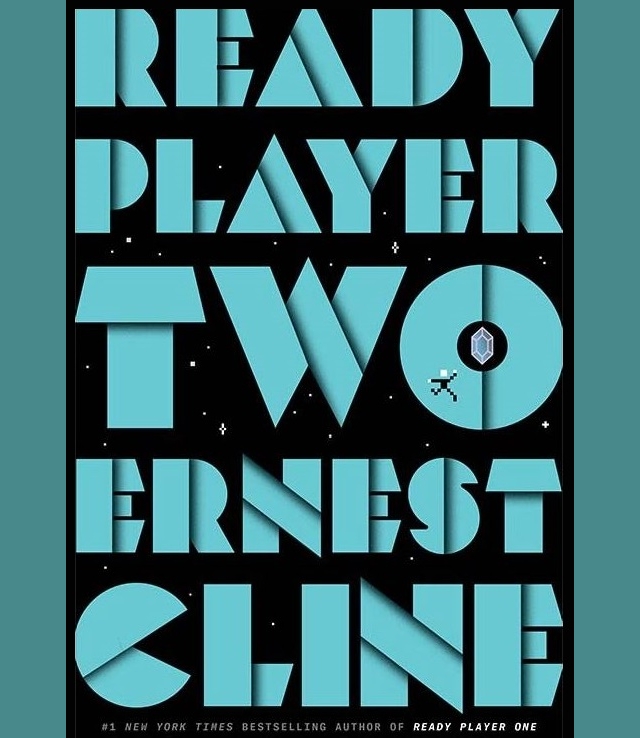 Ready Player Two
Ernest Cline (2020)
It's been a few days since I finished reading Ready Player Two.  In that time, I've avoided other reviews and opinions of the book, and I've spent more than a little time trying to process what I think of it.  Overall, my thoughts on the work of Ernest Cline are a bit conflicting.  He seems like a cool dude, and I think he's a creative person who comes up with interesting ideas.  However, as much as I have enjoyed the world that he's built in his novels, I find myself wishing that they came from a more talented writer.  I would never go so far as to say that Cline is a hack, but there are large parts of Ready Player One and Armada that are glorified lists of pop culture references from the 80's and 90's.  That sort of thing is like a drug to a person like me: enjoyable in the moment, but unsatisfying once the initial high has worn off.  If that was the only issue I had with his novels, I wouldn't even have mentioned it.  Sadly, it is not. 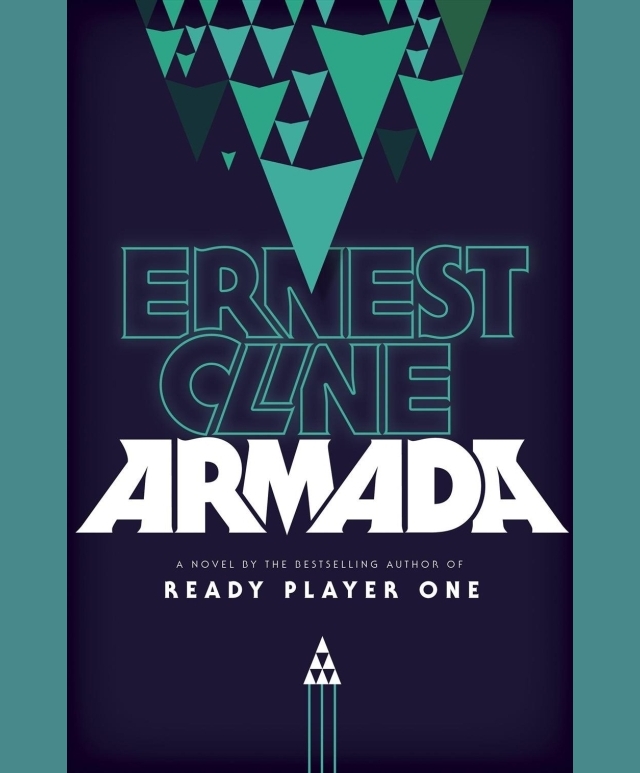 I first began to question Cline's creative process after reading Armada.  It's a fun story, but to say that it "borrows" from other works of fiction would be a massive understatement.  It is, essentially, a direct copy of Ender's Game (minus the creepy incest undertones) with plot elements from The Last Starfighter liberally sprinkled throughout.  The similarities aren't subtle either.  I'm honestly shocked that Orson Scott Card hasn't taken legal action.  Despite recognizing this as I was reading it, I found myself looking for excuses to defend the author.  After all, it is possible that two authors could create two different works that have similar elements.  For example, The Hunger Games has quite a bit in common with Battle Royale.  However, while I can absolutely believe that Susan Collins wrote her novel without ever having heard of its Japanese counterpart from a decade earlier, I cannot extend the same benefit of the doubt to Ernest Cline.  The author of Ready Player One and Armada makes specific references to Ender's Game and The Last Starfighter numerous times, even going so far as to name drop the titles in his own stories.  He knew where the ideas for his stories came from, and he arguably used them to write a story that is virtually identical.

Fast forward to 2020 and Ready Player Two.  This is a book that I've looked forward to since I read the last page of Ready Player One.  I'm very sad to say that has less in common with the first book in the series, and more in common with the plagiarism tightrope act of Armada.  It heavily borrows from the 1995 film Strange Days and the Black Mirror episode: San Junipero, but with a fraction of the heart or creativity that Charlie Brooker brought to his world.  Unlike Armada, if you ignore the fact that the plot is a blatant rip off, you're not left with an especially engaging or enjoyable story.  Ready Player Two is a complete mess.
The futuristic world of 2045 that Cline created nine years ago was dark, depressing, and even more fascinating than the VR world of The Oasis that the inhabitants of this world escape to.  That world is virtually non-existent in Ready Player Two.  The vast majority of its pages take place in The Oasis (via the new, fully immersive Oni technology), with barely a passing reference to the crumbling of the world around them.  It doesn't feel like a dystopian world, not because the world of the story has gotten better, but because the author has ignored it altogether.
Wade's quest for the seven shards starts off on the right foot.  The Sega Ninja challenge and the adventure on Planet Shermer were especially fun, but it goes sharply downhill after that.  The quest on the Prince planet goes on, and on, and on, and on, and dear god almighty, just go write a novel about Prince and get on with the story already!  As long and drawn out as it was, it at least started out as a mildly interesting concept.  The same could not be said for the J.R.R. Tolkien challenge that followed, which felt like it went on forever and was boring from start to finish.  It's only been about a week since I read it and I've already forgotten what the challenge in that Tolkien world actually was.  By the time Wade and Samantha found the Shard, I didn't even care.  I was just glad it was over.
The novel introduces a side quest from another group of gunters called the Low Five, which is led by a young transgender woman named Skylar Adkins (aka: Lohengrin).  Their hunt for a sword called The Dorkslayer seems to have been inserted into the story to give the author an excuse to write a spin-off novel of their adventure.  I might have been excited to read it if the rest of Ready Player Two wasn't such a dumpster fire.
Quite frankly, Skylar is the only interesting character, new or old, in the entire book.  All of the returning characters are presented as flat, one-dimensional parodies of themselves, and the other new characters are so forgettable that I genuinely can't remember any of their names.  The worst is Nolan Sorrento, whose presence in this story is completely pointless.  Andy Weir wrote a fanfiction which gave a backstory to the Ready Player One villain.  Cline gave it his endorsement, but sadly, it is barely even hinted at in Ready Player Two. 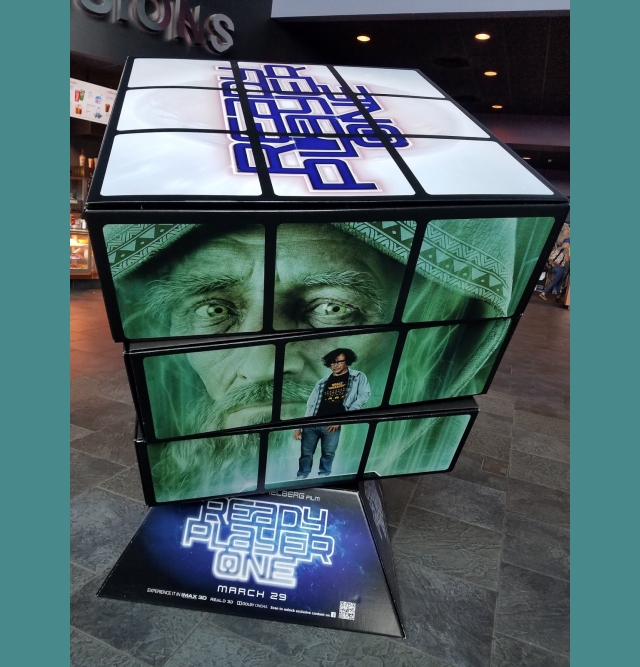 After the success of the first film at the box office, I'm sure that Ready Player Two will be turned into a movie.  I usually don't care for remakes, especially when they substantially change the story.  However, I'm begging for a remake of this franchise before the ink is even dry on the sequel.  There are a lot of really good ideas trapped inside the pages of two books with too many flaws to ignore.  It brings me no joy to rip into this the way that I have.  I wanted to love Ready Player Two, and I made enough excuses to get past the problems with Armada and enjoy it for what it was, but this story hasn't just jumped the shark; it has jumped the aquatic population of Sea World.
I feel terrible saying this, but I just can't justify making excuses for Cline anymore.  If you loved the first book and haven't gotten around to Ready Player Two yet, do yourself a favor - pretend it doesn't exist, and read Off To Be The Wizard by Scott Meyer instead.  You can thank me later.