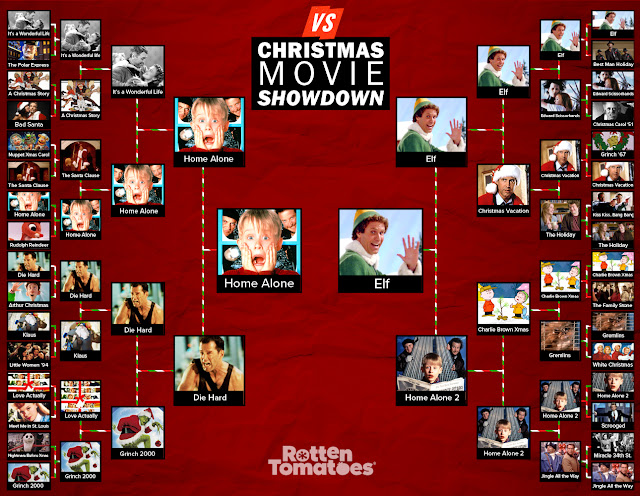 Christmas Movie Showdown
Rotten Tomatoes (2020)
I don't know if these brackets are evidence that the world has collectively lost its mind, but they're most certainly a supporting argument.  Might as well begin by slaughtering one of the sacred cows that seems to pop up as a debate topic every year (right alongside "is a hotdog a sandwich"). 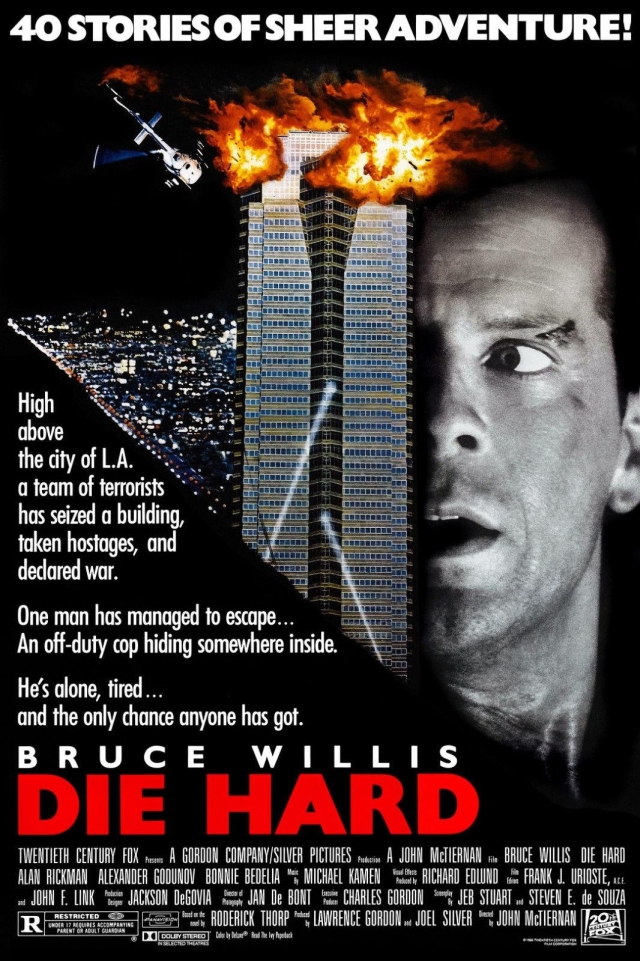 Die Hard is not a Christmas movie.  It's an action movie that happens to take place at Christmas.  If I drink a glass of Sharkleberry Fin on December 25th, that doesn't mean that it gets classified alongside Eggnog as a Christmas drink...even if someone puts a little Santa sticker on the package.  Some things are part of Christmas.  Some things just exist with Christmas in the background.  Just look at the poster... do you see anything Christmassy going on there?  Also, it's was released to theaters on July 15th, 1988.  I know we're all guilty of rushing the season, but even The Christmas Tree Shops aren't playing Jingle Bells over the loudspeaker in mid July.
While we're at it, I'm going to go ahead and call bull on a few others.  Gremlins is a horror flick that just so happens to take place during the Christmas season.  The actual holiday plays almost no role in the film whatsoever.  And although it's a classic film that gets played on cable during the holidays, It's A Wonderful Life is borderline.  It has a much stronger case to be called a Christmas movie than either Die Hard or Gremlins because it was actually released during the holidays and the whole story unfolds as it is being told by one angel to another on Christmas Eve, but when 99% of the events of a film have nothing at all to do with the holiday season, it's at least worthy of debate.  Forrest Gump celebrates New Years with Lieutenant Dan, but that doesn't make it a New Years flick.  For it to be a holiday movie, the movie has to at least be partially about the holiday, which is why It's A Wonderful Life gets a free pass, while Die Hard and Gremlins can sit on the Action and Horror shelf.  It still shouldn't be ranked ahead of A Christmas Story, but it's at least they're comparable. 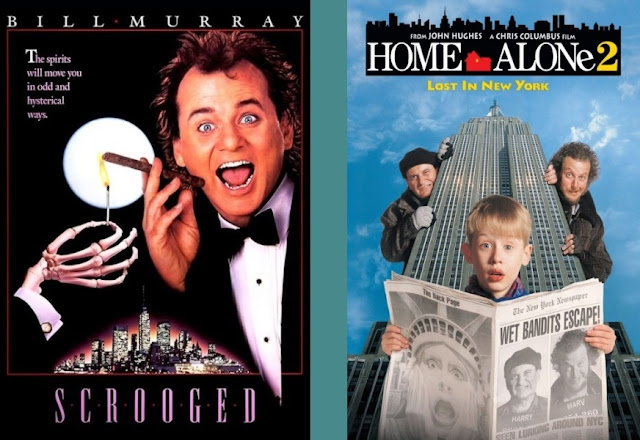 While a respectable argument could be made over which is the better film between It's A Wonderful Life and A Christmas Story, the same cannot be said for this match up.  The fact that anyone would even consider picking Home Alone 2 over Scrooged is proof that we, as a species, do not deserve the sheer genius that is Bill Murray.  I don't even think Macaulay Culkin would try to make that argument.  Scrooged is an absolute masterpiece in every sense of the word.  The Home Alone sequel was a blatant cash grab to piggyback off of the success of the first film before Culkin got too old to reprise the role.
As bad as that decision is, it pales in comparison to the absolute miscarriage of justice of ranking Home Alone 2 over A Charlie Brown Christmas.  Look, I'll be the first one to say that Charlie Brown, the original Grinch cartoon, and the Rankin/Bass Rudolph The Red-Nosed Reindeer special don't belong on this list.  They're not movies; they're animated tv specials.  However, if you're going to put A Charlie Brown Christmas in a bracket relating to the holidays, you declare it the winner immediately and work backwards from there.  It is the gold standard.  The whole damn thing could rightfully be called the Charlie Brown Christmas Memorial Tournament. 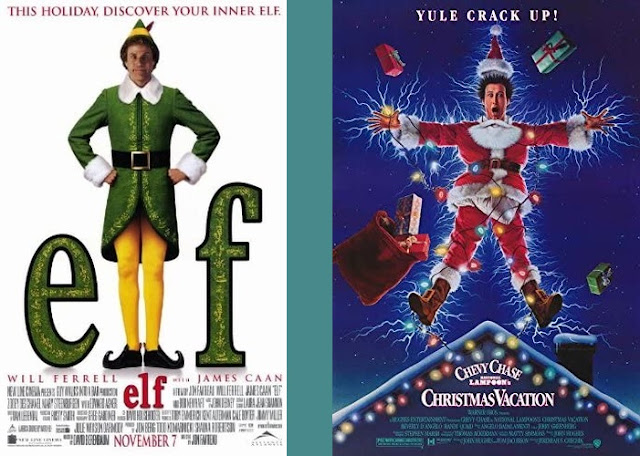 I will fully admit that I'm not the biggest fan of Will Ferrell, but this is the one time that I really enjoyed his performance.  His starry-eyed, deer in headlights schtick is a perfect fit for Buddy The Elf.  Bob Newhart and James Caan take turns as the straight man for Ferrell to play off of, and it works perfectly.
Elf is a good movie, and it holds its own alongside other family holiday classics, such as The Santa Clause and Jingle All The Way.  I'll even go so far as to call it the best holiday movie of the 21st century so far.  However, it doesn't hold a candle to National Lampoon's Christmas Vacation.
The opening credits of the Chevy Chase classic have more genuine laughs than most Christmas movies have in their entire runtime.  By the time Cousin Eddie is introduced, there have already been about a dozen scenes and quotable lines that have become synonymous with the holiday season for over thirty years, and the best parts are just getting started.  I can understand Scrooged not being everyone's cup of tea, but I've never met anyone who doesn't absolutely love National Lampoon's Christmas Vacation.  It is the #1 Christmas movie of all-time. 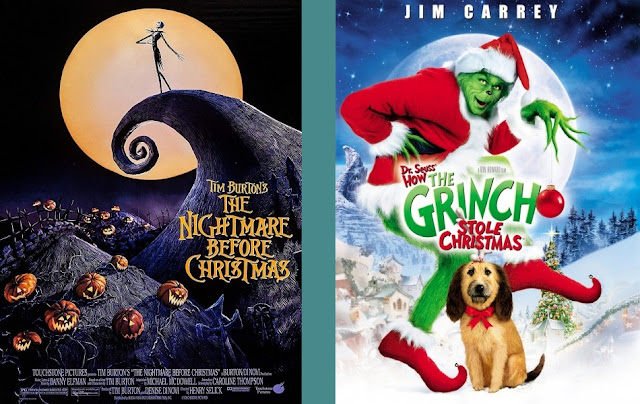 Last, but not least, let's talk about the first round match between The Nightmare Before Christmas and How The Grinch Stole Christmas.  This one is almost as bad as Home Alone 2 getting the nod over Charlie Brown and Bill Murray.  No one out there can seriously take a look at these two films and pick The Grinch as the superior work, can they?  One is a live action adaptation of a children's book which was already brought to the screen in a perfect holiday cartoon.  It was also made in opposition to the author's consent, as Dr. Seuss refused to sell the film rights to his books when he was alive.  The other is perhaps the greatest work of stop-motion animation, and one of the most original and creative stories ever told in an animated film.
I haven't even mentioned the glaring omissions from this tournament, like The Ref, Christmas With The Kranks, Prancer and Santa Claus: The Movie.  I wouldn't say that they're contenders for the top spot, but they definitely deserve a mention and a watch during the holiday season. and they're guaranteed to do a better job of putting you in a festive mood that seeing John McClane drop Hans Gruber off of a building (as gratifying as that may be).