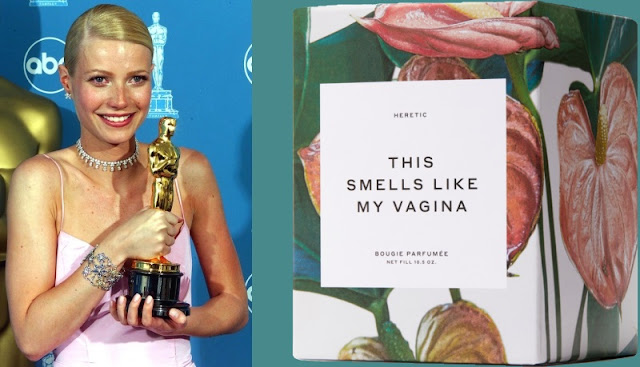 This Smells Like My Vagina
Goop (2020)
In all of the craziness that was the year 2020, the fact that an Oscar winning actress is selling a candle that gives off the fragrance of her genitals somehow got lost in the shuffle.
As the story goes, Gwyneth Paltrow was working on a new fragrance for her side business, Goop.  In one of the meetings, the actress was sampling some of the new scents that were developed by her team, and when she smelled this one, she blurted out the thing that it reminder her of.  In case you were curious, the candle has the scent of geranium, citrusy bergamot, and cedar absolutes juxtaposed with Damask rose and ambrette seed.  I'm not quite sure what the star of Sliding Doors has going on downstairs to generate such a combination, but there you have it. 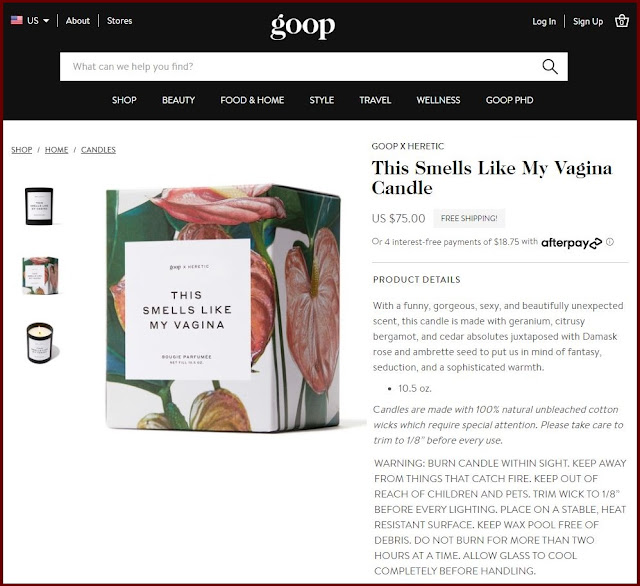 If you would like your living room to come alive with the aroma of Ms. Paltrow's, uhhh, "sophisticated warmth", it will set you back $75.  If that's too steep of a price to pay all at once, fear not!  You can pay off your candle in four easy installments of $18.75.
However, if you do choose to throw away your money on this nonsense, you might want to pay special attention to the safety instructions. 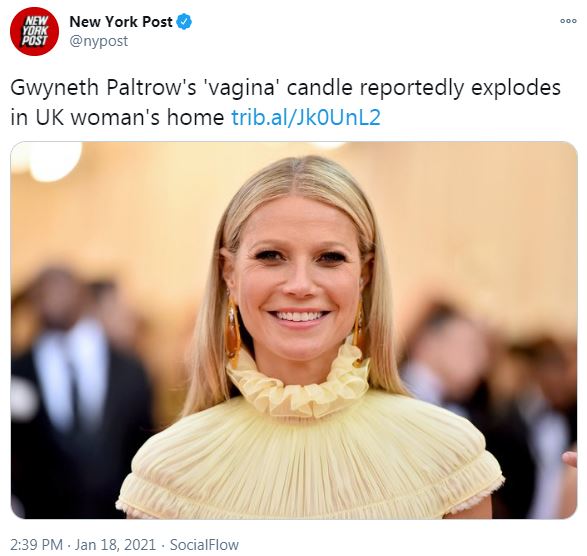 The New York Post reported that 50 year old British woman named Jody Thompson won the candle in a quiz contest, which I suppose must have included a prize basket of products inspired by celebrity genitalia.  She reported that shortly after lighting the candle it "exploded and emitted huge flames with bits flying everywhere” and  "an inferno in the room" prompted her to throw the still flaming candle out the front door.  Stand back, Mr. Postman - flaming explosive vagina coming through.
I think I'm going to go ahead and stick with Sun & Sand. 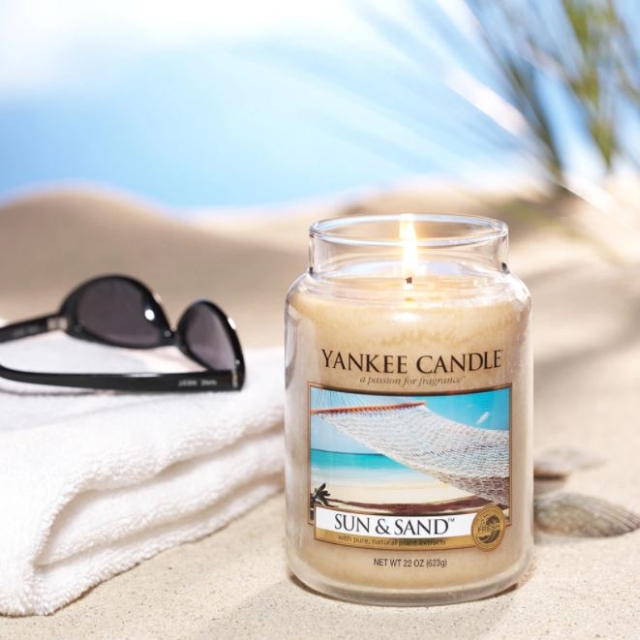