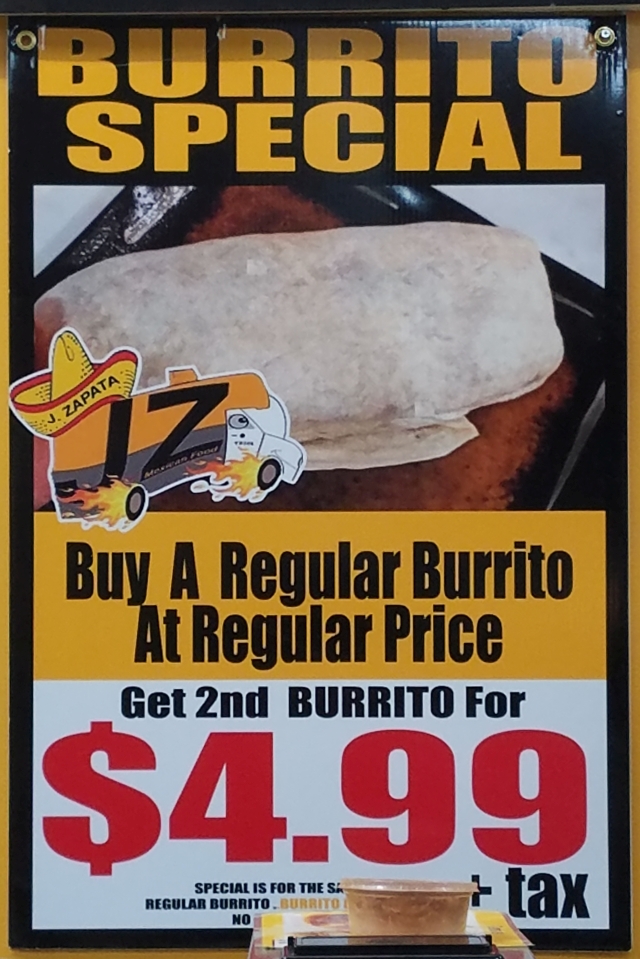 J. Zapata
Laurel Mall - Hazleton, PA
Other than walking the dog and getting groceries, I haven't gone out much since the pandemic began.  In fact, in the past 10 months, I can only remember putting gas in the car twice.  One of the few exceptions has been the Laurel Mall to pick up food from J. Zapata.  Everything I've had there has been delicious and affordably priced.  Right now, they have a deal that works out to $14 for two burritos that are each about the size of an adult cat. 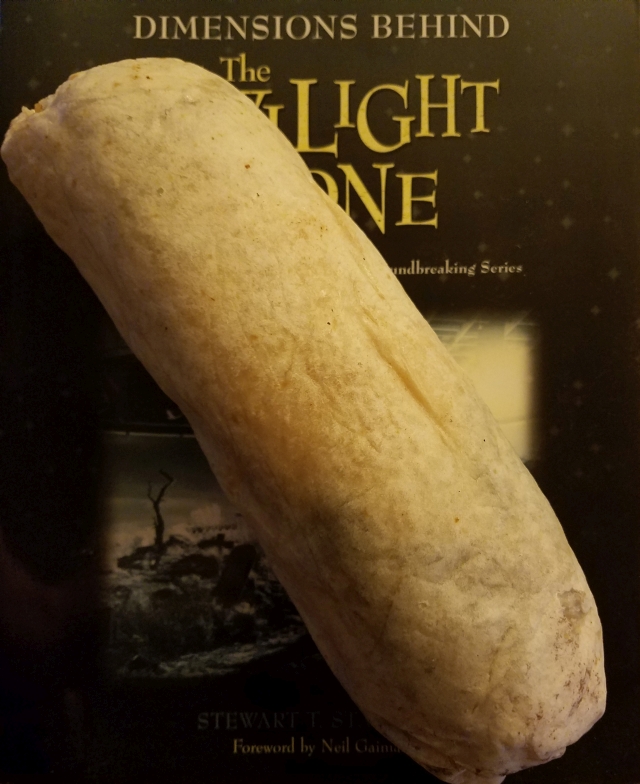 I'm feeling too tired and lazy to find the tape measure, so to give you a perspective of how big these burritos are, here is one sitting on a copy of Dimensions Beyond The Twilight Zone by Stewart T. Stanyard.  If you're a Twilight Zone fan and/or you really want to know how big this burrito is, I highly recommend this collection of memories from the folks who worked on the iconic show.  It's not an ad link or anything, so I won't make any money from this plug despite this butter-smooth cross-promotion of Mexican food and classic television.  It's just a pretty good book that I happened to have within reach without having to get up. 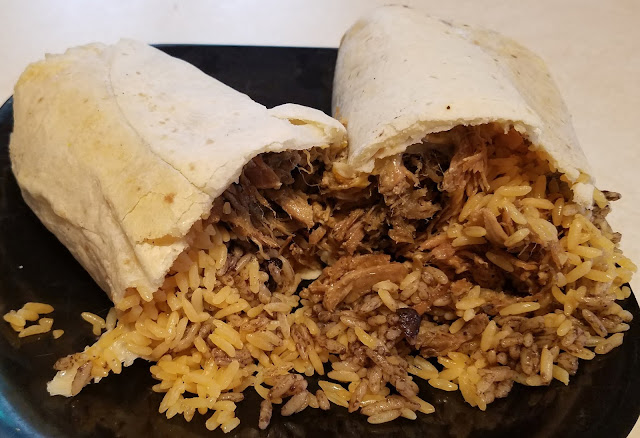 The woman behind the counter really jam packed these things full of pork.  It was so filling and delicious that I needed a nap after eating it, during which time I had a weird dream that Ruben Amaro Jr. was the new head booker of World Wrestling Entertainment.  I can't say for sure that this was caused by the consumption of pork, rice, beans and hot sauce surrounded by a cheesy tortilla, but I don't rule out the possibility.