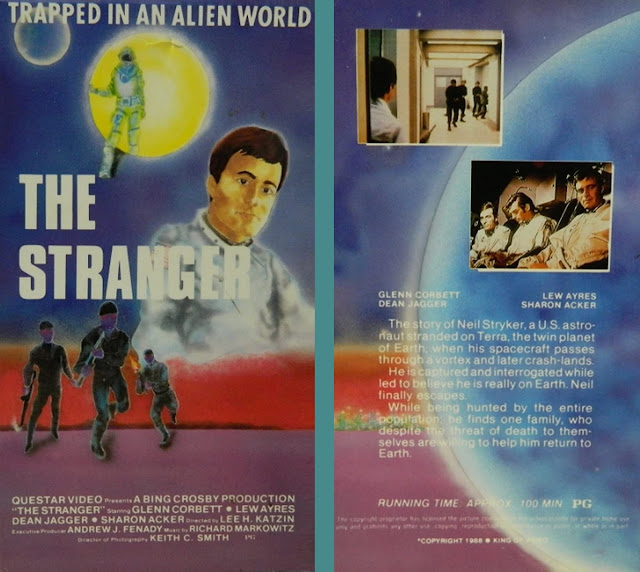 The Stranger
Directed by Lee H. Katzin (1973)
Earlier this week, I spent some time watching old recordings of Mystery Science Theater 3000 episodes from the 1991 season.  The second one I watched featured Joel and his robot friends watching a movie called Stranded In Space, which is the re-released title of a work from 1973 that was originally called The Stranger.  The commentary was funny, as MST3K always is, but after the first 20 minutes, I found myself ignoring the jokes and focusing on the movie, which was very familiar.
It's been a long time, but I know I saw this movie before.  If my memory is correct, I saw it on television when I was living with my mother in our apartment on First Street in Hazleton, which would have been sometime in 1987 or 1988.  I didn't know what it was called and I hadn't seen or heard of it since then, but the concept was so creative that it stuck in my mind all these years.  It's about an astronaut crash landing back on what he thinks is Earth, but it turns out to be a planet called Terra. 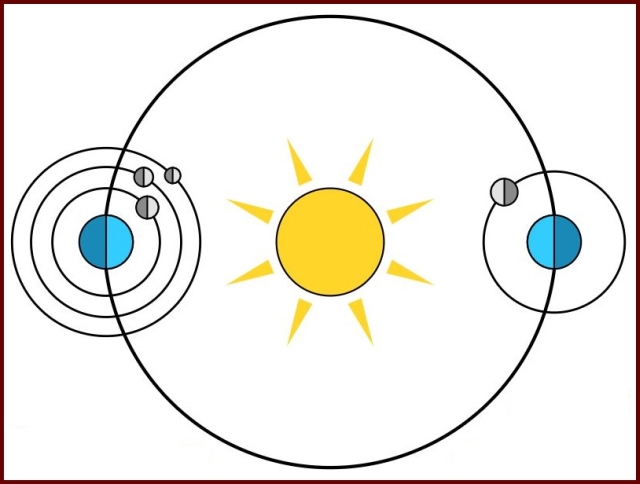 Here's where it gets really interesting - Terra is the twin planet of Earth.  It is the exact same distance from our sun, and it rotates the same way around the sun as Earth, but it's on the opposite side of the solar system in the same orbit.  Because their shared sun is always in between, both planets are completely unaware of the other's existence.  They can't see each other through a telescope (because the sun is always in the way), and astronauts never would have seen it, because no mission has ever taken anyone that far away from the Earth.
The movie itself isn't fantastic.  It's certainly not bad, but it's not as developed as the idea deserved to be because it wasn't meant to be a movie at all.  It was filmed in 1973 as a pilot for a television series, but it was never picked up by a network.  It was released twice on VHS - once under its original title and again as "Stranded In Space".  The renamed version includes additional footage in the opening credits from a completely different movie - the 1983 low-budget film Prisoners Of The Lost Universe.  It must have aired on television a few times, because I know we didn't have it on tape.  It was just one of those things that caught my interest when I was flipping through channels one afternoon.

The idea of a twin earth is absolutely fascinating to me.  It's a concept that goes as far back as Aristotle, and it's been used a few times in other works of fiction, but none that I've watched or read yet other than this film.  The most prominent of these seems to be the Gor novels written by John Norman.  I only learned of their existence this week so I know nothing about them, but they appear to be written in a Game Of Thrones style of swords and soap opera sexuality - not exactly my cup of tea.  There are also two 2011 films that are said to have included a similar plot device - Another Earth and Melancholia.  I haven't seen or heard much about either, so I'm looking forward to watching them and seeing their take on the concept.  It's also sparked a few ideas in my mind for a story, like a futuristic world in which a twin earth is treated as a prison planet, or a place for the wealthy to escape a post-apocalyptic environmental wasteland.  Who knows - maybe this will inspire me to stop being so damn lazy and at least write a short story.