Seek Out Another Road Cause This One Has Ended Abrupt 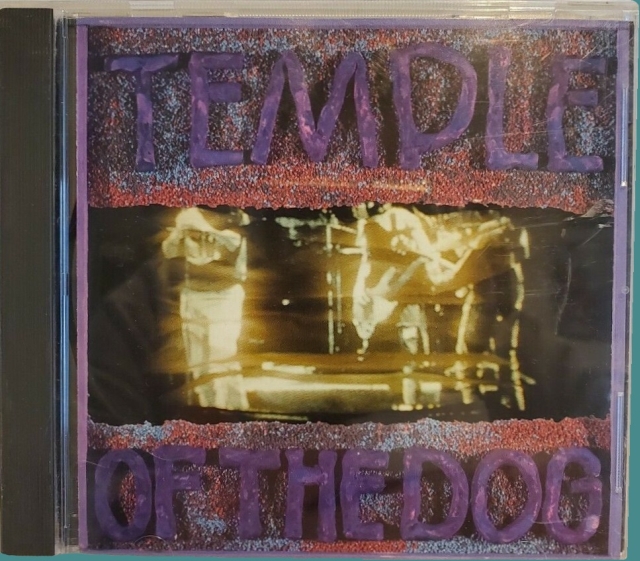 By the time Temple Of The Dog began recording what would be their only album in November 1990, the group included Soundgarden drummer Matt Cameron.  It also included two guys who were working on a project with Gossard and Ament at the time: Eddie Vedder and Mike McCready.  The four would go on to form Pearl Jam before the year had ended.
My stepsister introduced me to a lot of music in the early 90's, but this was the first album that she played for me that I really connected with.  I remember that she used to make mixtapes for me of the songs that I liked, and those tapes almost always included Say Hello 2 Heaven and Hunger Strike.  In the years that followed, those tapes also included music from Soundgarden, Pearl Jam, and other artists from the Seattle music scene of the early 90's and the bands they inspired.  Those bands became the music of my high school years, and it all began with Temple Of The Dog.
As a teenager, my favorite song on the album was Hunger Strike.  Over the years, the death of loved ones and the loss of others have had me instead coming back to Chris Cornell's hauntingly beautiful tribute to his late friend and the opening track on the album:
Say Hello 2 Heaven
Temple Of The Dog (1991)

Please mother mercy
Take me from this place
And the long-winded curses
I hear in my head
The words never listen
And teachers, they never learn
My warmth from the candle
Though I feel too cold to burn
He came from an island
Then he died from the street
And he hurt so bad like a soul breakin'
But he never said nothin' to me
Say hello to heaven...
New like a baby
Lost like a prayer
The sky was your playground
But the cold ground was your bed
Poor Stargazer
She's got no tears in her eyes
But fool like a whisper
She knows that love heals all wounds with time
Now it seem like too much love
Is never enough
You better seek out another road
'Cause this one has ended abrupt
Say hello to heaven...
I never wanted
To write these words down for you
With the pages of phrases
Of all the things we'll never do
So I blow out the candle and I put you to bed
Since you can't say to me now
How the dog broke your bone
There's just one thing left to be said
Say hello to heaven...