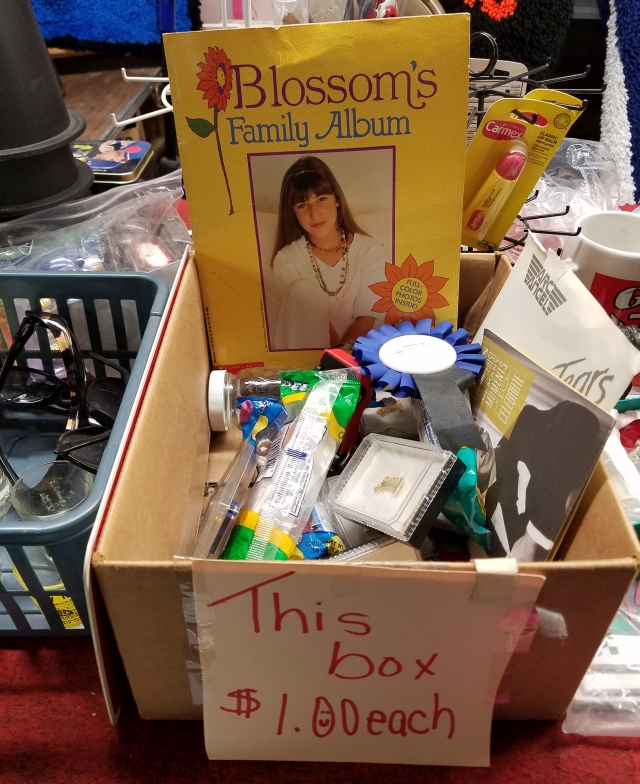 Blossom's Family Album
Hometown Farmer's Market - Tamaqua, PA
Ok folks, I'm not gonna lie.  I watched Blossom in the 90's... a lot.  When I was in middle school, I had the biggest crush on Mayim Bialik, and everything I learned about the actress in the years that followed make me feel pretty good about that fact.  She's earned a Ph.D. degree in neuroscience, she had a decade long run on The Big Bang Theory in a role that earned her a Primetime Emmy, and she's just an all around awesome human being.
As much as I admire Ms. Bialik's work, I had to pass on the Blossom Family Album, so it's still at the Farmer's Market if anyone's interested.  While you're there, you can cross Pez and Carmex Lip Balm off of your shopping list.