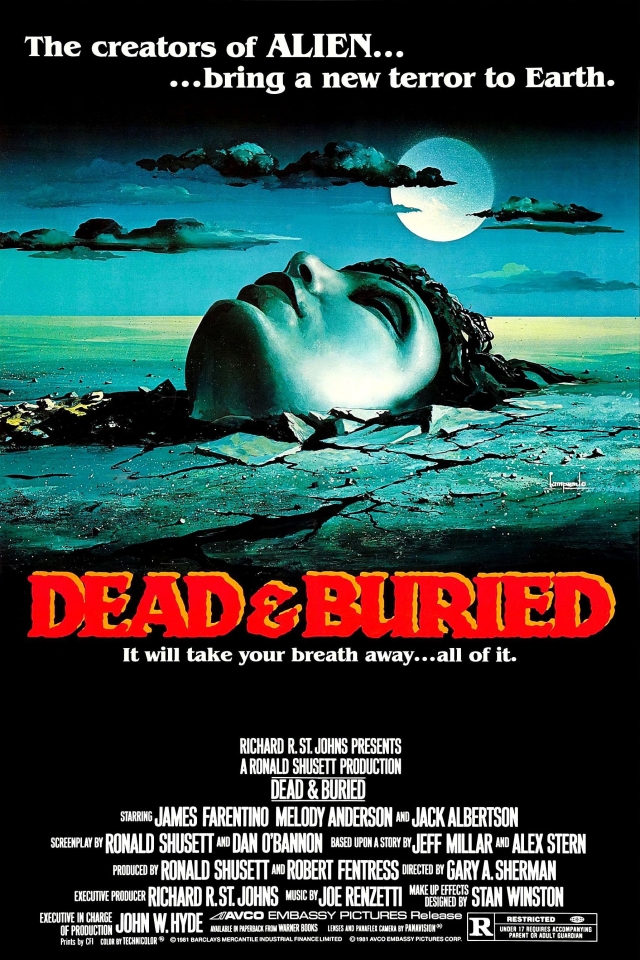 Dead & Buried
Embassy Pictures (1981)
One of the trippiest and most interesting takes on the zombie genre was released 40 years ago today.  It tells a great story and has an incredible twist ending that I didn't see coming.  It also features the last theatrical performance of Jack Albertson, who is perhaps best known for his performance as Grandpa Joe in Willy Wonka & The Chocolate Factory.  Mr. Albertson was battling colon cancer while he was working on this film.  He finished the movie and was able to attend it's world premier screening in Hollywood, but sadly, he passed away six months later at the age of 74.
Joe Bob Briggs screened Dead & Buried on The Last Drive-In on Shudder earlier this month, so if you would like to watch it and have a great time learning more about the film in the process, I strongly recommend it.