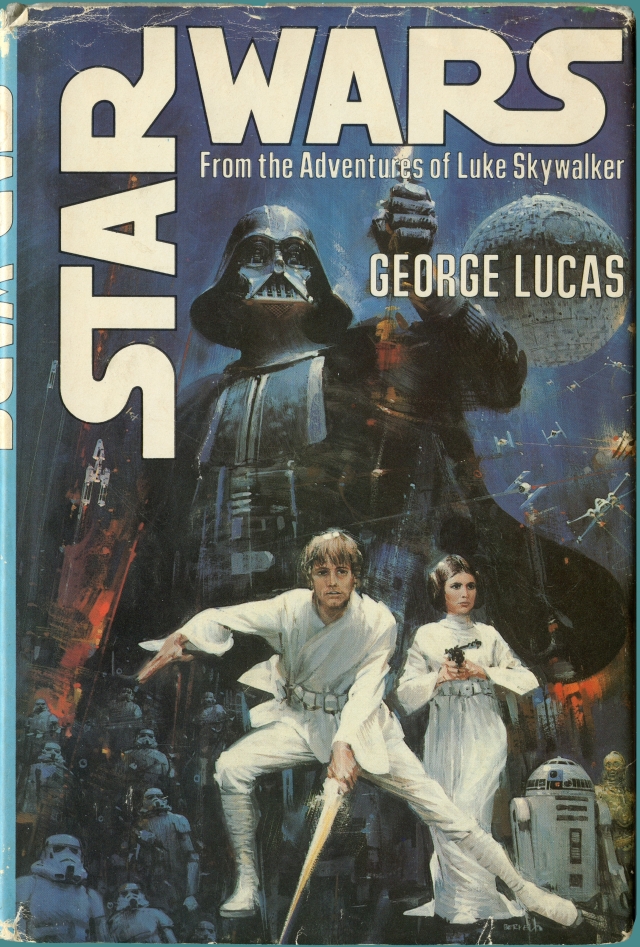 Star Wars: From The Adventures Of Luke Skywalker
Alan Dean Foster (1976)
The novelization of the first Star Wars movie was first published by Ballantine Books on November 12th, 1976 - six months before the film's premier.  There are quite a few significant differences in the story told in the book compared to what made it to the screen.  My favorite of these is the fact that Chewbacca wasn't snubbed in the medal ceremony at the end.  Reading this today is a surreal experience, especially when you consider the fact that for a six month period of time, this was the only Star Wars that existed.  Imagine how the people who read the book in those first six months reacted when they saw the movie.
Over a half million copies of the book were sold in its first three months of publication, and it spawned a sequel which was also ghost-written by Mr. Foster.  It was called Splinter Of The Minds Eye and was published on April 1st, 1978.  It shares nothing in common with The Empire Strikes Back, which didn't premier in theaters until nearly two years after the publication of the second Star Wars book.  The story was originally written to be adapted into a low-budget film in the event that the first Star Wars film failed to do well at the box office.  That wasn't the case, of course, and the Star Wars universe went on to become one of the most beloved works of fiction ever created.  The story told in Splinter Of The Minds Eye was abandoned for film projects, but the book was still published.  It's interesting to read the first two novels today and to imagine the Star Wars that would have been if the first movie had flopped.
May the 4th be with you.