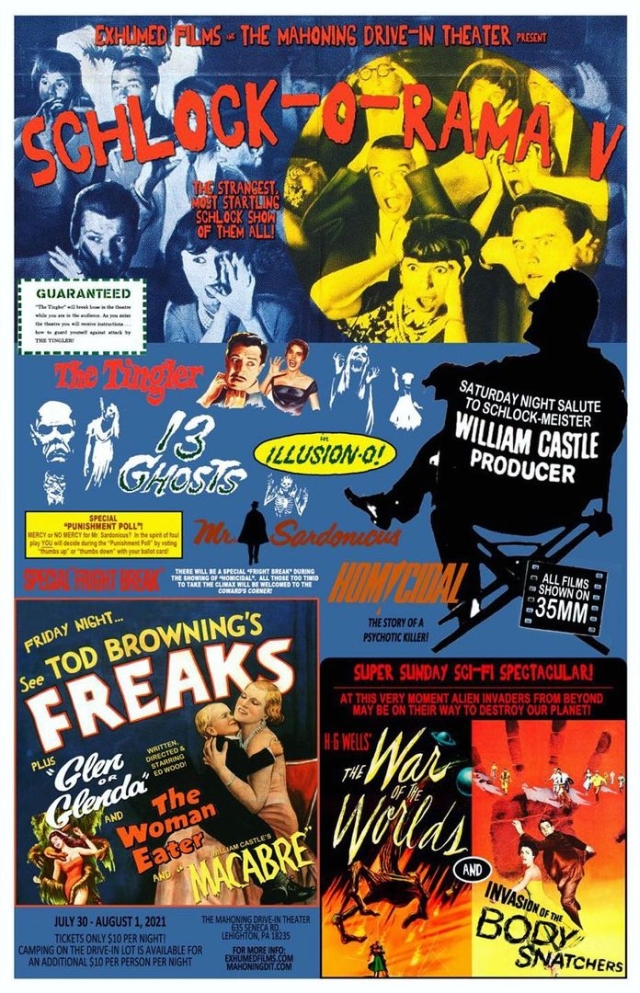 Schlock-O-Rama V presented by Exhumed Films
Mahoning Drive-In - Lehighton, PA
Yeah, yeah, yeah... I know what you're thinking: "Jesus, he isn't going to write another love letter about the Mahoning Drive-In, is he?"  Yes he is, but even though it is quite literally the best place in the world to see a movie, and one of the only places you'll ever see screenings of the original 35 mm prints of classic films, I'll try to keep the gushing praise to a minimum.  I make no promises about tomorrow though. 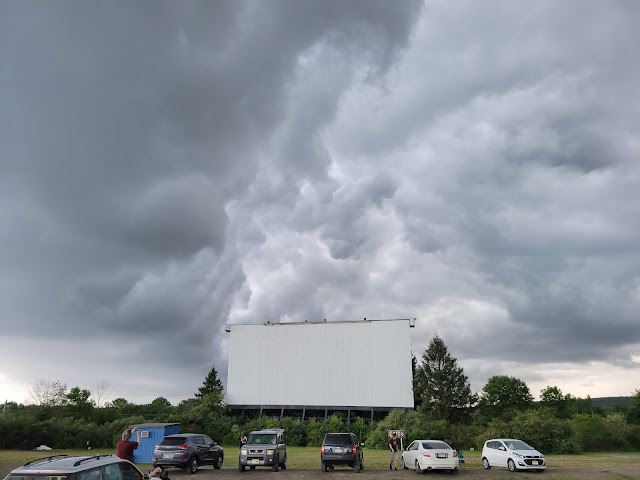 The sky looked a little ominous before the show.  I heard that there was a flash flood warning when I was in the concession building, and sure enough, it rained cats and dogs for about an hour.  Thankfully, it wasn't nearly as bad as the storm that rolled in during VHS Fest and the second night of Joe Bob's Jamboree.  It was down to a light drizzle by the time the first movie began, and it stopped altogether about five minutes in, so we still got to sit outside and enjoy the cool night summer air. 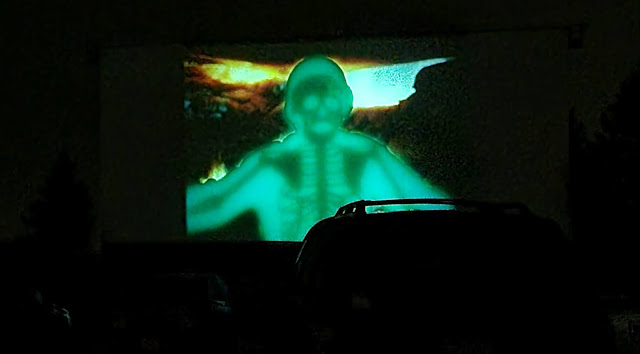 The folks at Exhumed Films played some vintage 35mm movie trailers, including Reptilicus, Konga and The Time Machine.  Man, I would love to see The Time Machine get a screening at the Mahoning!  This was followed by the first movie of tonight's double feature, which was the 1953 classic: The War Of The Worlds.
The first time I remember watching it was on VHS at my stepfather's parents house.  His brother had a VHS copy, and I fell in love with it immediately.  I know that I've seen it in my adult life, but I never owned a copy of it on VHS or DVD for some reason, so it's been a while.  I know I sound like a broken record here, but the last thing I ever expected to be able to experience was to see this, or any other iconic sci-fi films at a drive-in theater.  I'm telling you, this place is freakin' magic. 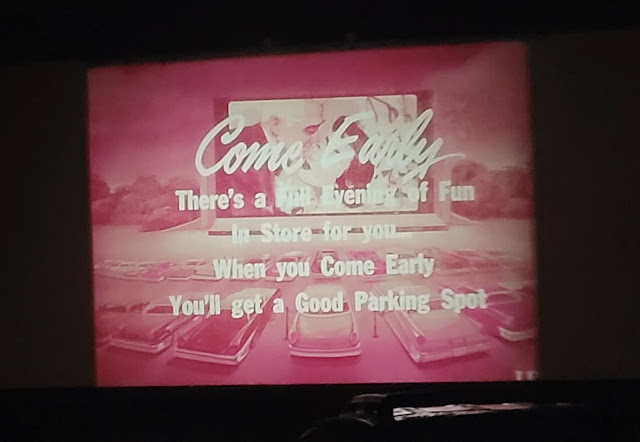 There was a short intermission that included the countdown video and the Rico's Nachos commercial that I've come to love.  Next came another curated collection of trailers for vintage movies and serials, including The Body Snatcher, The Monster And The Ape, The Cosmic Monsters and Cure Of The Undead before the second half of tonight's double feature began. 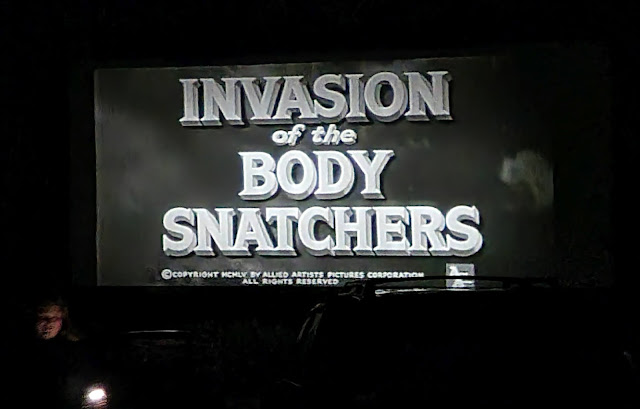 The second movie of the night was the iconic sci-fi / horror film: Invasion Of The Body Snatchers.  I always thought that I've seen this movie before, but I guess I haven't.  It must have just slipped under my radar, or I had heard so much about it that I assumed I'd already seen it, so I passed up on opportunities to watch it on television or home video.  I definitely would have remembered seeing Mel Cooley from The Dick Van Dyke Show in the opening and closing scenes if I had seen it.  No matter.  I lucked out and got to see it for the very first time the way that it was meant to be seen - under the stars on a summer night projected from 35 mm film onto a giant screen at the drive-in.
I know it may sound like a silly thing to say about a movie that was released in 1956 and has gone on to be known as one of the greatest films ever made, but this is a great movie!  It tells a great story, it's suspenseful as hell, and while I won't pretend that I know a damn thing about filmmaking, the shots all look fantastic.  If you've never seen it, or if you're like me and you think you've seen it but you're not sure, do yourself a favor and set aside some time for it.  Close your laptop, turn off your phone, pop some popcorn, turn off the lights, and relax under a warm blanket and let the glorious black and white on the screen take you 65 years in the past for 80 minutes as you experience one of the most epic science fiction stories ever put on film.