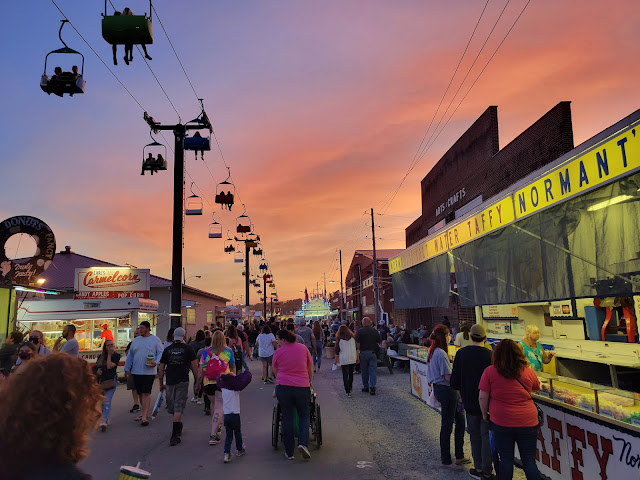 Bloomsburg Fair 2021
Bloomsburg, PA
For as far back as I can remember, this has been one of my favorite places in the world.  When I was a little kid, I spent the day here with my dad and my grandparents and spent the car rides back to West Hazleton opening packs of Garbage Pail Kids and baseball cards.  When I was a teenager, I came here with friends.  As an adult, I've made it back for at least one day of the Fair every year that it was held.  It's been cancelled twice over the past ten years - in 2011 due to flooding from Tropical Storm Lee, and again due to the Covid-19 pandemic in 2020 (the only other times that the Fair was cancelled in its 166 year history was due to World War I and World War II).  The cancellation of Funfest in Hazleton this year due to the Delta Variant led me to believe that they might cancel the Bloomsburg Fair for the second consecutive year.  Cancelling was definitely the right move in 2020, but we have a vaccine that keeps the overwhelming majority of those who take it from hospitalization or death from Covid, so I'm of the opinion that the world shouldn't stop for those who refuse to follow the advice of medical experts and get vaccinated.  I'm very happy to see that the organizers of the Fair agree, and it's open for business in 2021.
There are a bunch of reasons that I enjoy and look forward to the Bloomsburg Fair.  At the top of the list is the food, so I'd like to take a moment to acknowledge some of my favorites. 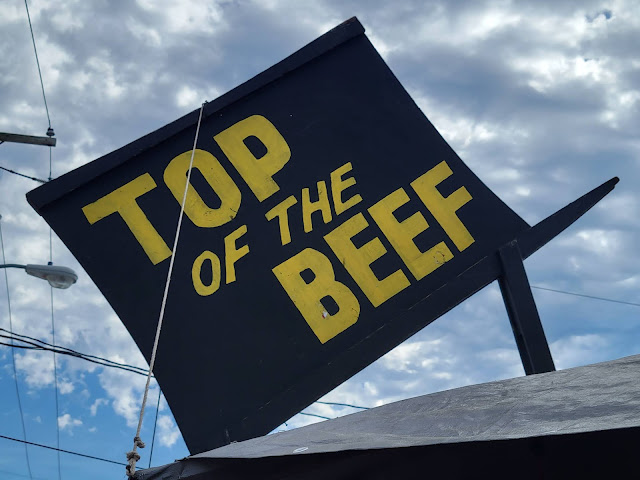 The first stop we typically make at the Fair is Top Of The Beef.  They serve smoked ham and roast beef sandwiches.  I couldn't tell you how the ham is because I never get it, but they make the best roast beef sandwich I have ever eaten anywhere.
There will always be a line no matter what time of day you visit, and the sandwiches aren't cheap at $11 bucks, however it's worth every penny.  They could charge money for people to stand near the place just to smell the smoke coming off of the pit, and people would probably pay it.  It's that good!

The Top Of The Beef sandwich is pretty filling, so it was a couple of hours before I started feeling hungry again, but I knew exactly what I wanted - a soft shell crab sandwich from Crabby John's Seafood.  I first discovered this back in 2019 and it was so tasty that I went back for a second one later that week. 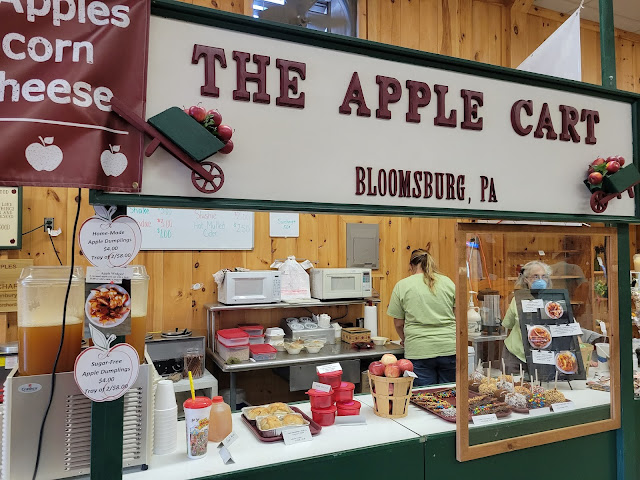 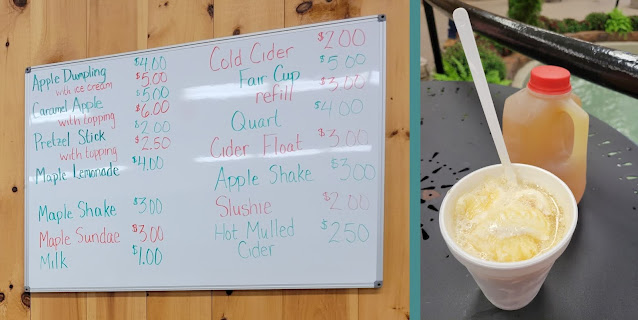 The best kept secret at the Bloomsburg Fair is the apple cider float from The Apple Cart in the Agricultural Building.  It's not fancy, just two big scoops of Turkey Hill Vanilla ice cream in a cup that is then filled to the top with apple cider, but it's the perfect refreshing dessert to enjoy as we get into the Fall season.
This is also the best value you're ever likely to find at the Fair.  Food and drinks can be a bit on the expensive side on the fairgrounds, but these have been three dollars every year since I found this stand for the first time over 15 years ago.  With all of the price increases and supply chain issues that have happened since the pandemic began, I was fully expecting this to be a bit more expensive, but nope, it's still three bucks.  You can't go wrong! 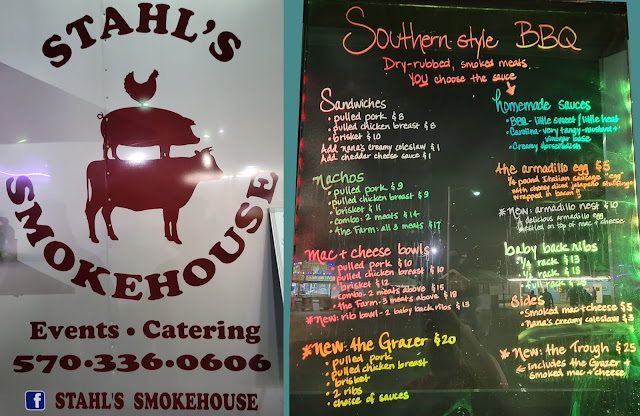 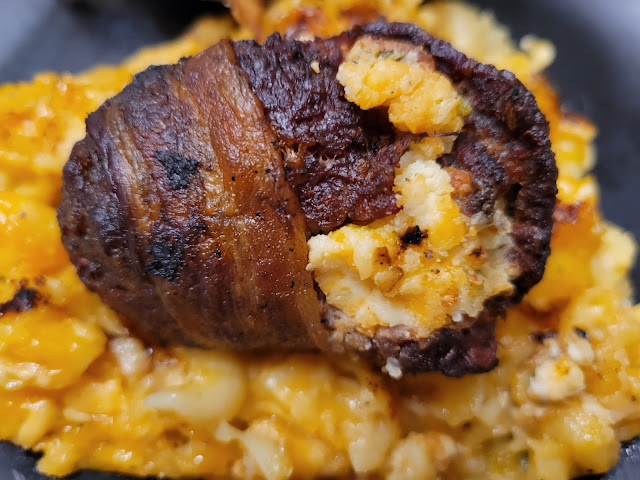 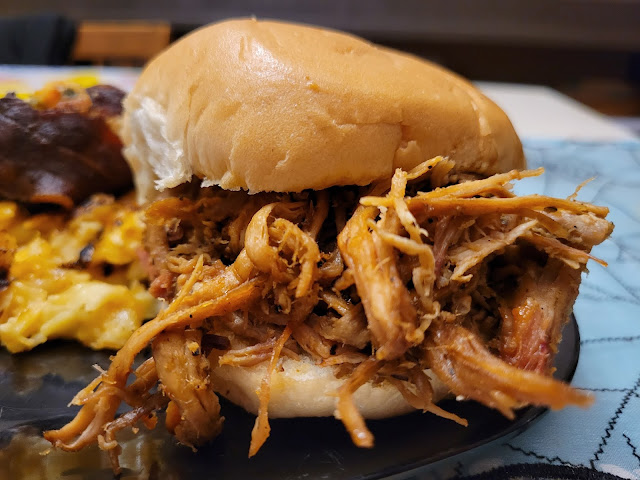 The Fair starts to wind down around 8 pm with the vast majority of stands closed down at 9 (except for a few that stay open for the folks who stay late for the grandstand concerts).  Because of this, we typically take our last meal of the night to-go and eat it at home.  The words "Home Of The Armadillo Egg" on the side of the Stahl's Smokehouse stand stopped me dead in my tracks, and I knew I had found my final food stop of the night.
The Armadillo Egg is a quarter pound of Italian sausage that is mixed with diced jalapenos and cheese, which is then wrapped with bacon, and you can get it served on a "nest" of mac and cheese.  Sold!  I also got a pulled pork carolina bbq sandwich.  Everything was delicious!  We're going back to the Fair on Wednesday, and I'm going to have to make it a point to head back to this stand! 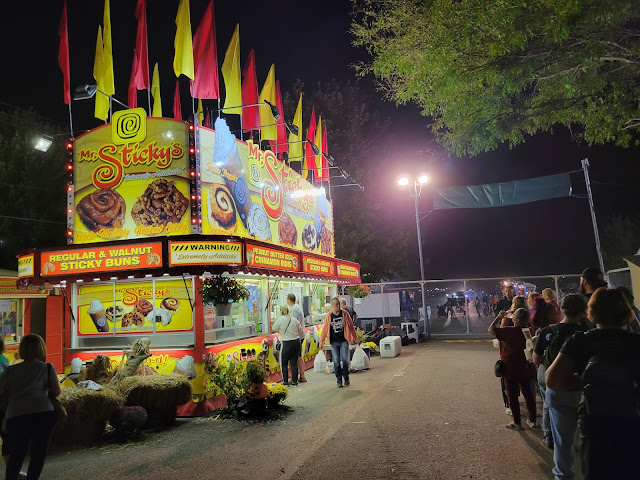 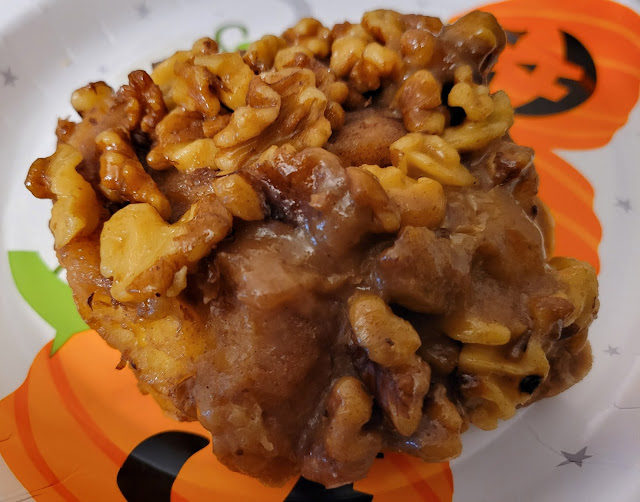 Stahl's Smokehouse might have been my last place to stop for a meal at the Fair, but I couldn't leave without picking up one last snack.  Judging by the line at Mr. Sticky's (which is strategically located right next to the fairground exit), I wasn't the only one who had this idea.  My favorite is the walnut sticky bun with cream cheese icing on the side.  Not only does it make a wonderful breakfast for the morning after the Fair, but it makes the car smell amazing for the ride home!