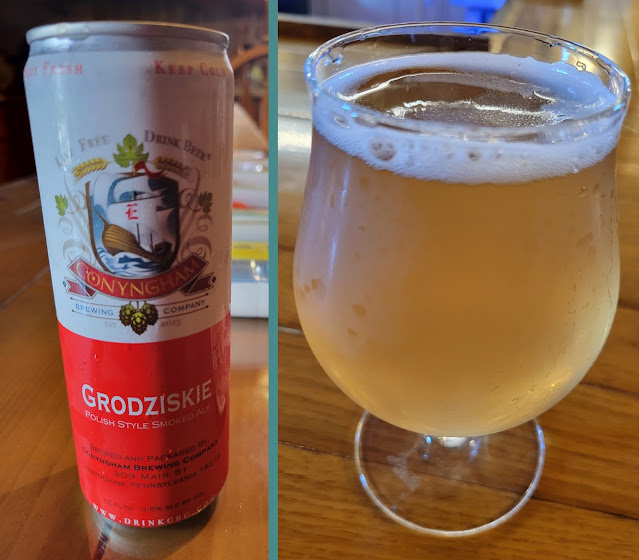 Grodziskie
Conyngham Brewing Company (2021)
On Saturday afternoon, I spent some time at my dad's place.  We were drinking beer, eating peanut butter pretzels, and watching a British show on Decades that neither of us had ever heard of before.

It's called The Prisoner.  It originally aired on BBC in 1967, and it's really trippy and awesome.  It's about a British spy who was abducted and kept captive in a bizarre village community after he abruptly quit his job.  It kind of reminds me of the original Star Trek series for the way that it uses science fiction to hold a mirror up to society.  I'm definitely going to have to watch more of this.

Dad had been talking up a new beer called Grodziskie that he tried at the Conyngham Brewing Company that tastes like a smoked Polish kielbasa.  He bought a few cans to take home, but he hadn't tried them before Saturday.  It was pretty good, but he said that the one that was on tap at the bar was more flavorful, so off to Conyngham we went. 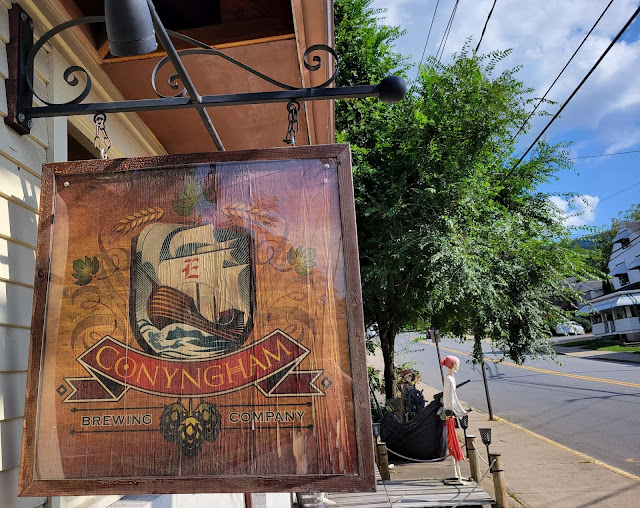 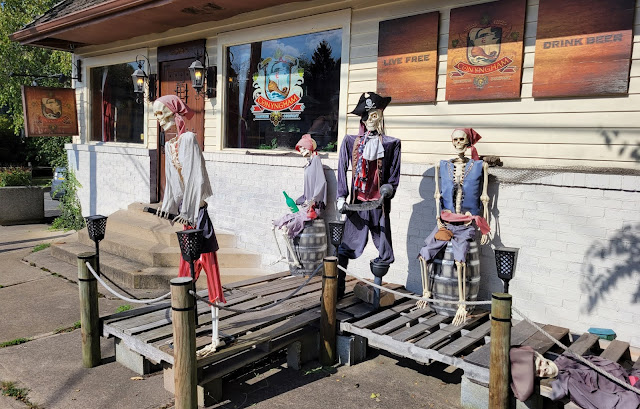 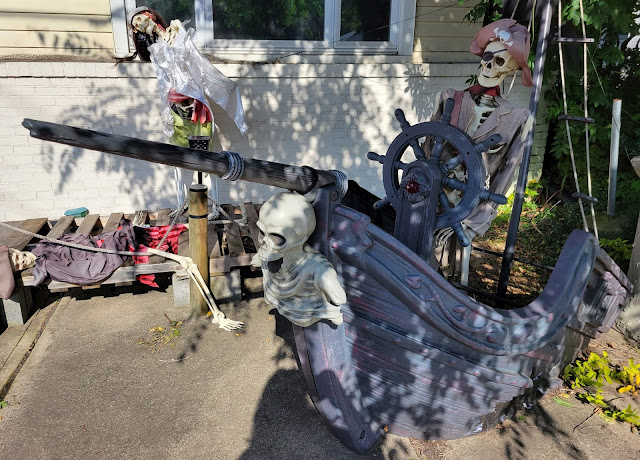 This was my first time visiting this place, and I love the vibe.  The front of the bar is decorated with a crew of pirate skeletons.  I'm not sure if they're decorating early for Halloween or if this is a permanent fixture, but it's awesome either way. 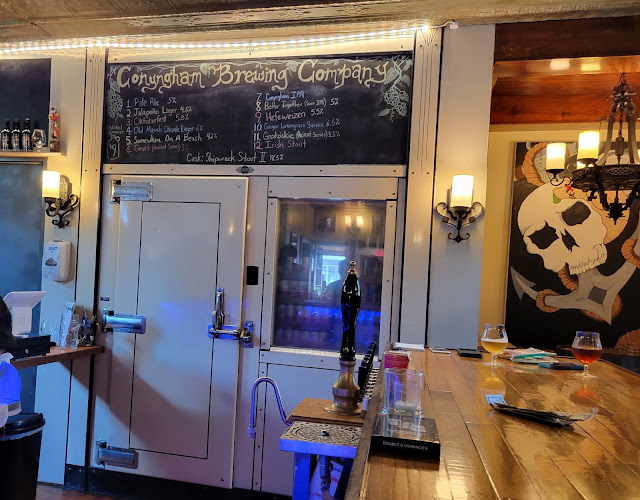 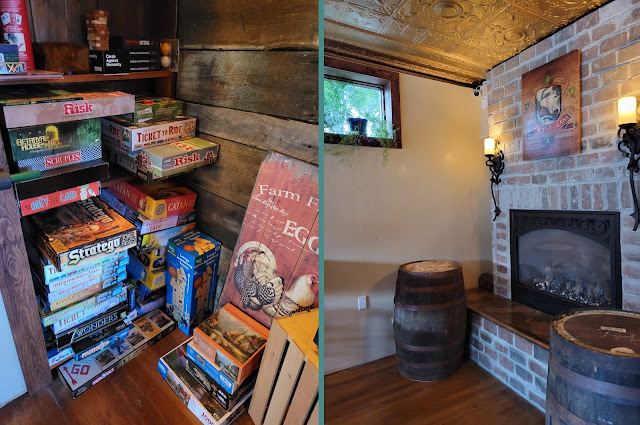 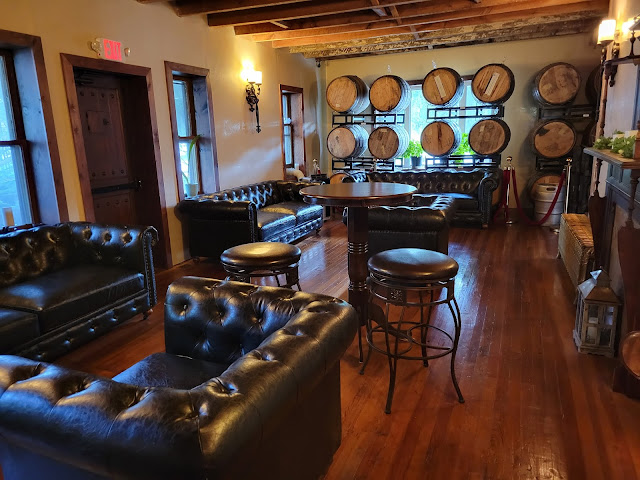 The Conyngham Brewing Company is small enough to be cozy, but not so small that it feels cramped.  It has a sitting room with tables and board games and big squashy couches.  Dad mentioned that it's the kind of place where you'd be happy to get snowed in, and I could totally see that.  Imagine being here at night with a tall, frosty beer near the fireplace while the snow piles up outside.
Speaking of a frosty beer, I tried the Grodziskie on tap and it was definitely tastes like a Polish kielbasa.  The Jalapeno Lager is pretty good too.  I also tried the Gruit, which the bar tender described to me as an ancient recipe that's brewed without hops.  Not sure how to describe that one.  I didn't dislike it, but I think I'll stick to the Grodziskie and the Jalapeno Lager next time.