The Truth Is Stranger Than Fiction 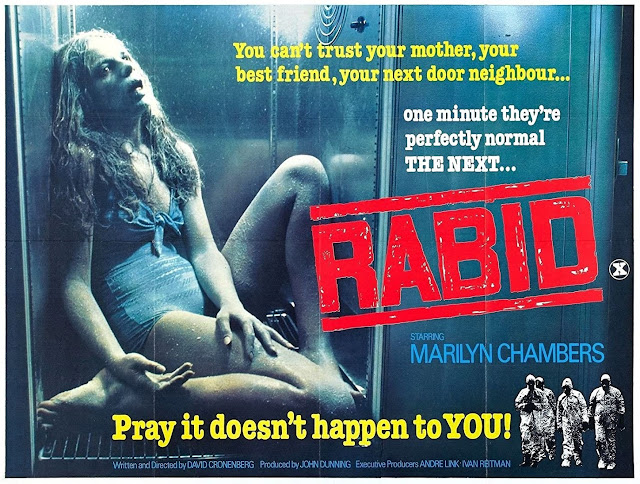 Rabid
New World Pictures (1977)
David Cronenberg is one of my favorite writer/directors of all time, and with all due respect to Shivers, 28 Days Later and the 1994 adaptation of The Stand, I think that Rabid is the greatest plague story ever put on film.  I first saw this film as a teenager not long after reading The Stand for the first time, and I loved it.  Then, I forgot about it for about 20 years until it was shown during the original Last Drive-In 24 hour marathon hosted by Joe Bob Briggs on Shudder.  Watching it again through the eyes of a guy in his late 30's (at the time) gave me a whole new level of appreciation for the film.  Watching it again last night at the Mahoning Drive-In while the world is ravaged by a global pandemic for the second straight year has once again led to a deeper understanding of this movie and the brilliant way that holds a mirror up to society. 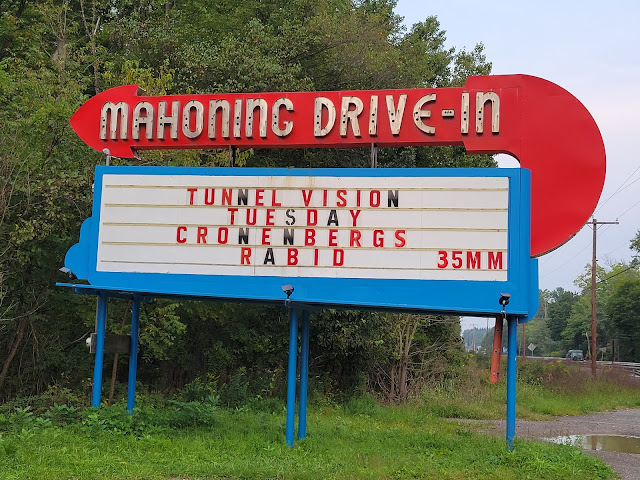 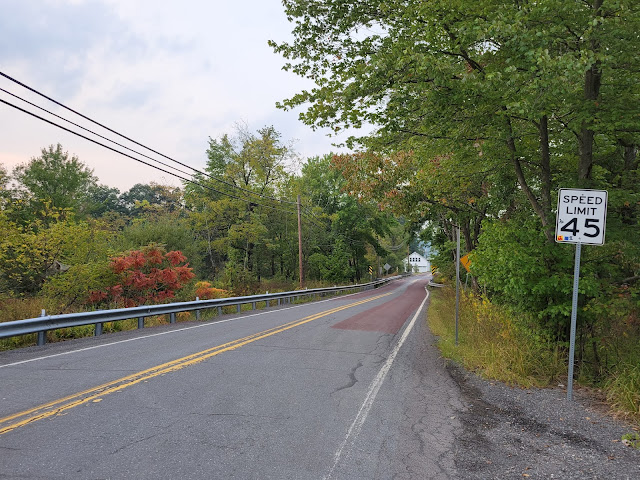 We've only got a month and a half before the end of the 2021 season at the drive-in.  This place has become like a second home to me.  We've got tickets to a lot of other shows this year, but I'm already thinking about what it's going to be like over the winter when I won't be able to go to the drive-in for six months.  I can tell you this - I'll be first in line to buy tickets on Opening Night for Spring 2022. 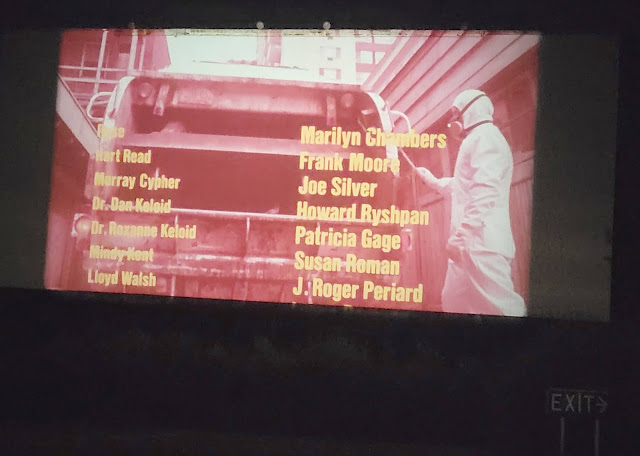 If you love horror movies and you haven't seen Rabid, I highly recommend it.  The story takes place in Montreal.  A man and a woman crash their motorcycle, and the woman (Rose, played by Marilyn Chambers) undergoes an experimental skin graft surgery while in recovery.  This results in a mutation in the form of a retractable stinger just below the armpit that she uses to feed off of human blood.  This doesn't kill her victims outright, but it infects them with a fact-acting virus that is similar to rabies.  The infected first exhibit cold sweats, then become violently aggressive and attack others, and finally they fall into a coma and die.  The virus is transmitted from person-to-person through saliva, so anyone who is infected can pass the infection to others by biting them.  However, Rose does not exhibit any of the rabies-like symptoms, which implies that she is immune to the virus despite her need to feed off of human blood.
The Canadian government has developed a vaccine against contracting the virus, but there is no cure for those who are already infected.  Citizens of Montreal are told on the news that if they leave the house, they must bring their vaccination card and must present it when asked before they will be permitted to enter certain locations.  Sound familiar?  Unlike the world we live in, the fictional world in the movie does not take into account that there would be a sizable percentage of jackasses who refuse to take the vaccine.  I suppose that even a creative genius like David Cronenberg couldn't imagine a scenario where people would make such a foolish decision.
Watching this movie while an actual pandemic rages on has helped me to understand one thing very clearly.  If there ever is a virus that is contagious enough to become a pandemic and deadly enough to kill just about everyone that it infects, like the one in Rabid or Captain Trips from The Stand, the human race is doomed.  We have no chance in hell.  In the world we live in today, there are too many people who refuse to come together for the common good, and they would rather mindlessly cling to "freedom" or asinine conspiracy theories from the internet than to simply do what they're told by experts who know more than they do.  I think it's only a matter of time before our species does itself in, and I only hope that our fragile world holds together long enough so that I don't have to witness it.