Halloween 12: This Time, We Won't Screw It Up (We Promise) 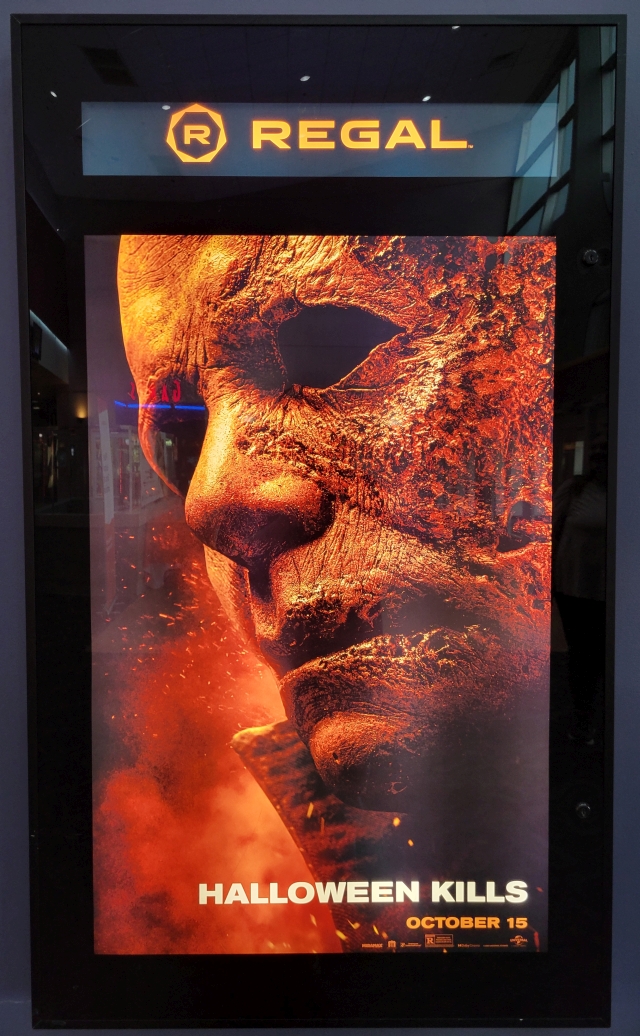 Halloween Kills
Regal Cinema - Hazleton, PA
My feelings leading up to the release of this movie tomorrow, and about the entire Halloween franchise, are complicated.  In fact, they're almost as messy and disjointed as the series itself.  To properly explain this, let's take a look at the series of events that led up to the making of Halloween Kills. 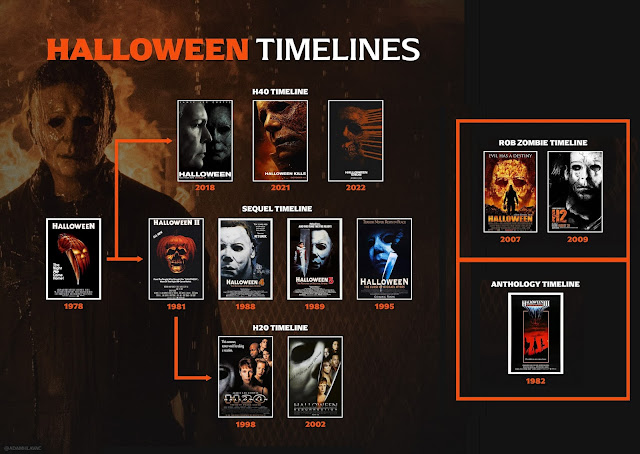 This chart from Adam Hlavac shows all thirteen Halloween movies and the multiple timelines that they fall into.  It breaks down like this: 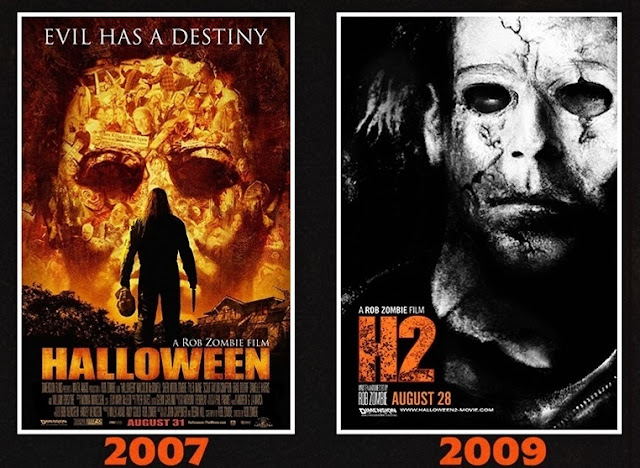 Blumhouse Timeline
Who knows.  Maybe Michael Myers will do something that completely blows me away, and I'll rush back to my laptop and write a glowing review of Halloween Kills and start a countdown clock to the next movie, but I'm thinking the chances of that happening are about the same as the chances that Halloween Ends will really be the final Halloween movie.  We'll see.