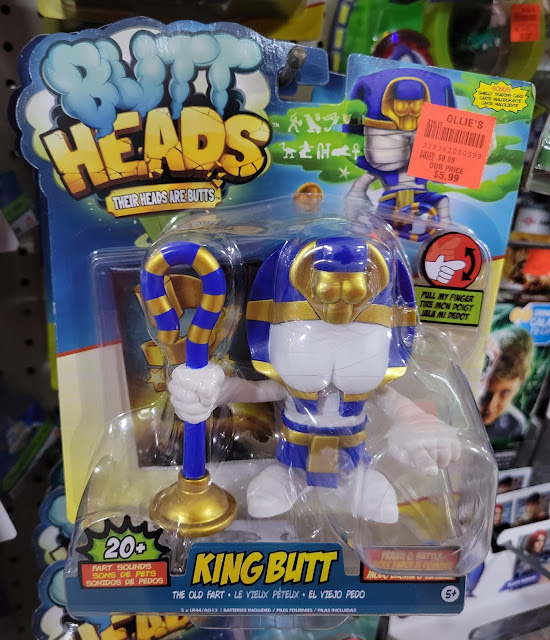 Butt Heads
WowWee (2021)
Once in a while, I come across something that really makes me wish my grandfather was still here, just so I could show it to him and see his reaction.  The most recent example of this can be found at Ollie's Bargain Outlet in Hazleton, PA. 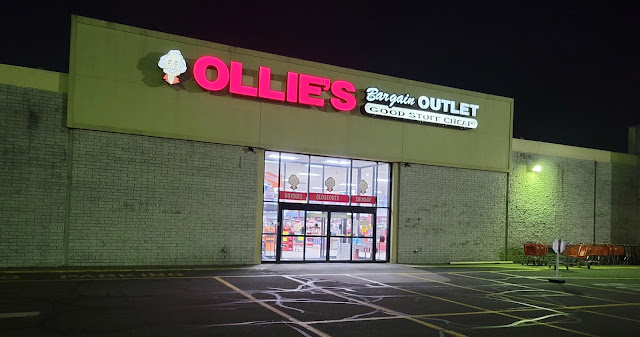 If you're not familiar with it, Ollie's is a store chain that got its start in Harrisburg, Pennsylvania.  A lot of the items they have for sale comes from closeout sales.  For example, if a store goes out of business, or if a distributor wants to clear out pallets of unsold merchandise from their warehouses, Ollie's will go in and buy them out and put it on their shelves.  They also get a lot of factory refurbished appliances, discontinued items, and limited edition food products that are still well within their shelf life, but out of season, like Pumpkin Spice flavored products in February, or Christmas candy in June.
The toy aisles feel like you're visiting a Toys R Us in Bizarro World because you'll find things here that you might not see in any other store.  For example, they currently have a Canadian line of action figures on their shelves called Butt Heads. 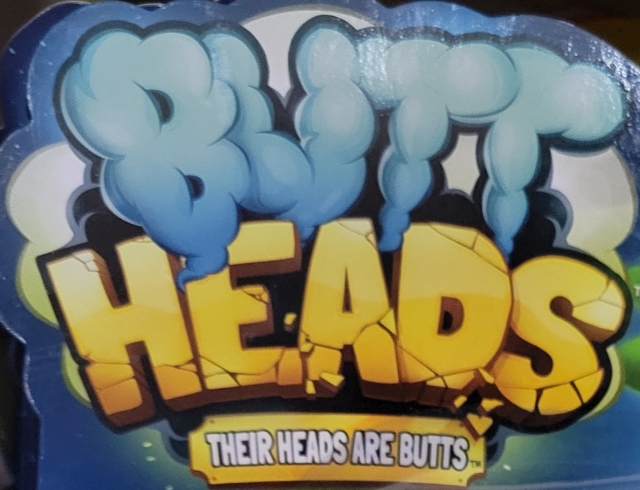 You've got to appreciate a straight forward product description like that.  They're called Butt Heads, and as their slogan indicates - their heads are butts ™.  I'm glad that they cleared that up.  The package is proud to also promote the other features of these cheeky toys. 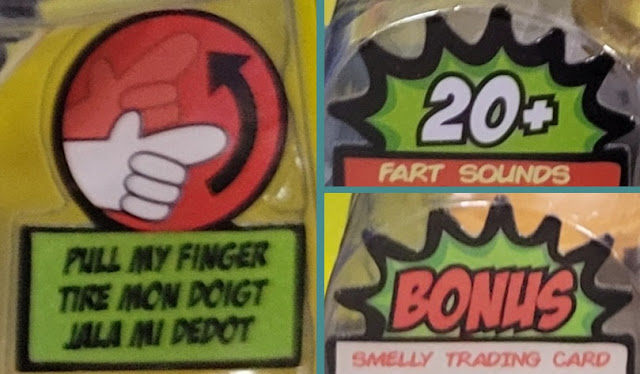 Each of the action figures in this line come with a bonus smelly trading card.  I resisted the urge to buy one just to see if it really is a scratch-n-sniff card with a fart odor.  Speaking of farts, the right hand of these figures has an outstretched finger that, when pulled, makes one of over twenty fart sounds.  As an added bonus, the package teaches you how to say "pull my finger" in three languages! 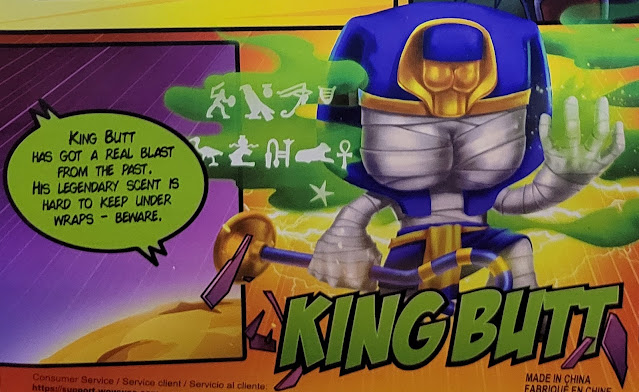 The top of this entry has a photo of the royal representative of the toy line; his majesty, King Butt.  You've got to wonder what the workers in the Chinese factory where these toys are made are thinking when they see this coming down the assembly line.  "How was my day at work?  Oh, it was very rewarding.  We're cranking out Egyptian pharaohs with asses for heads so that Canadian children can pull their finger to make over twenty different fart sounds". 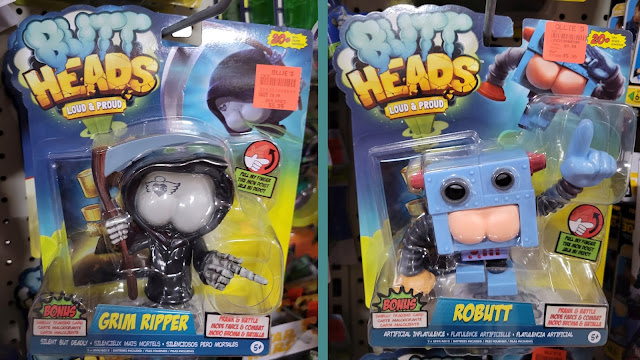 The other characters in the Butt Heads toy universe include the silent-but-deadly Grim Ripper, and the technological wonder of artificial inflatulence, Robutt.  And hey, look at that, the Ripper has a tattoo on his butt cheek.
But (haha) that's not all.  I saved the best for last: 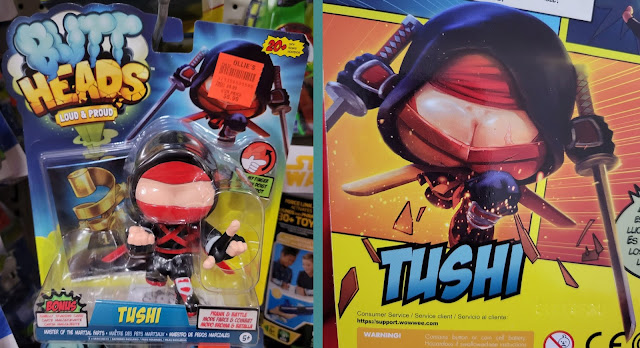 When I saw the name of this figure, I literally laughed so hard that my eyes burned, and I'm kind of having a hard time typing this with a straight face.  The master of the martial farts is a ninja named... Tushi.
I swear to god, if my grandfather was still alive, I would've bought this thing and went to his house while he was sleeping just to set this toy on the kitchen table in the spot where he ate breakfast.  Then, the next morning, I'd just wait for the phone to ring.
So with the holiday season fast approaching, you might want to consider this as a gift idea for your own youngster.  Imagine the twinkle in their eyes as they integrate this new family of toys into the ones they already have.  In your very own living room, you can see a battle between the fearsome Darth Vader against the farting droid, Robutt, as interpreted by your offspring under the Christmas tree.  Perhaps Tushi will make an appearance as the new leader of your son or daughter's very own ninja army.
If you don't have kids, you'll have to wait for Hollywood to option Butt Heads into a movie.  We already have the Toy Story series, and movies based on Battleship, GI Joe, Transformers and Legos.  Whose to say that a young hotshot director doesn't stumble into an Ollie's one day and think "I wonder if I could get Steve Martin to do the voice of King Butt".  If it's a hit, we might even be lucky enough to have a crossover film where Sheriff Woody meets the discount store version of his Space Command pal, Butt Lightyear.  The possibilities are rear-endless.