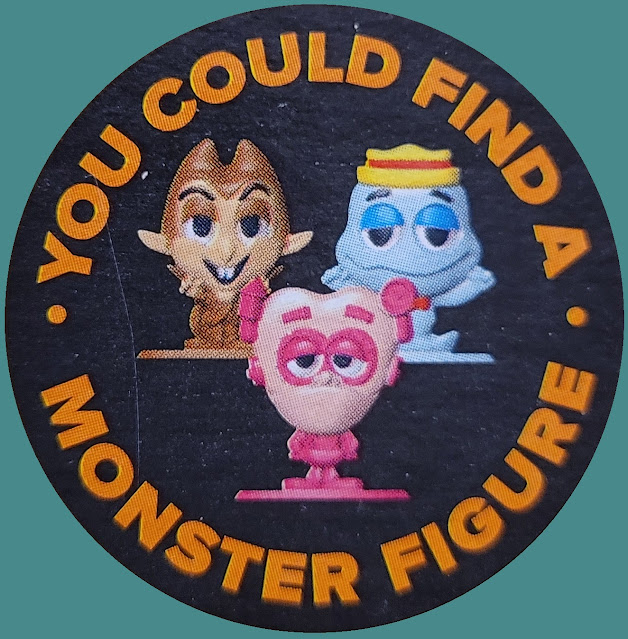 Halloween Cereal Squad Toys
General Mills (2021)
When I was growing up in the 80's, just about every kids cereal came packaged with a bonus surprise.  Sometimes it was something simple, like a trading card, or a sticker, or a coupon for a candy bar.  Other times, the price was a little better, like a licence plate for your bicycle or an action figure.  On rare occasions, it would be the kind of thing you'd expect to find for a couple of bucks at a toy store.  The one that comes to mind first is the little stuffed Sugar Bear that they used to pack in with boxes of Super Golden Crisp cereal. 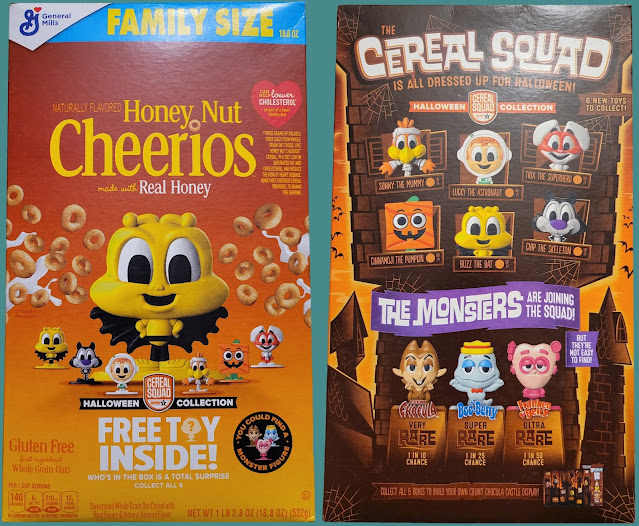 The Cereal Squad toys are the closest thing I've seen in a long time to the type of toys that we used to get in breakfast cereal when I was growing up.  General Mills has included one of these toys across their line of products, but the toy you receive isn't necessarily going to be a character from the cereal that you buy.  Since there are nine toys and you don't know which one you're going to get until you open the box and look, you would have to buy a heck of a lot of cereal to collect them all. 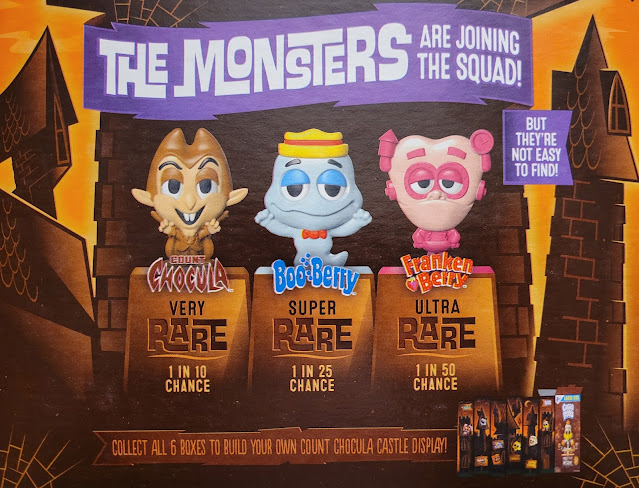 Further complicating matters is the fact that some figures were made in more limited quantities than others.  The back of the box calls out the fact that the Monster Cereals mascots are more difficult to find.  It estimates that you have a 1 in 10 chance (10%) of finding a Count Chocula toy, a 1 in 25 chance (4%) of finding a Boo Berry toy, and a 1 in 50 chance (2%) of finding a FrankenBerry toy. 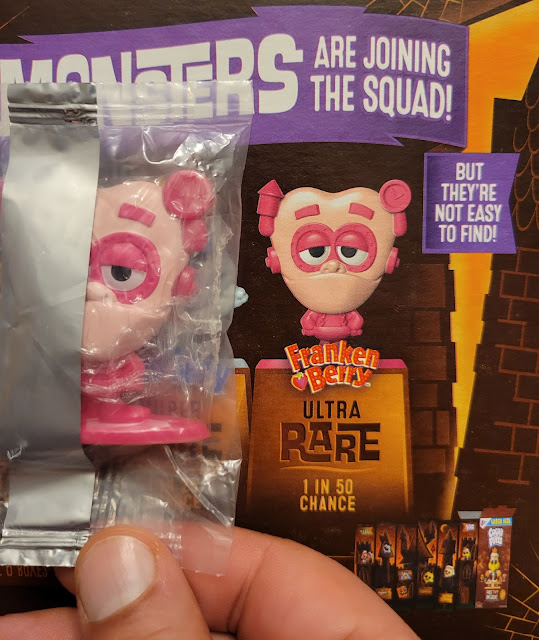 So, I beat the odds and found a FrankenBerry toy in my Honey Nut Cheerios.  It's not exactly the kind of luck that will let me quit my job and retire to a tropical island, but it's pretty nifty nevertheless.

All of the toys are popping up on eBay now, with prices ranging from ridiculously expensive to absolutely freakin' bonkers.  You have to wonder how much combined money people across the country are going to spend on these little toys, and what they plan on doing with them after they get 'em.
I, for one, have no idea what I'm going to do with this thing.  As tempting as it is to flip it on eBay, I'll probably just end up packing it away with the rest of the Halloween decorations this weekend.  Then, I'll unpack it next year and be faced with the choice of opening it and setting him alongside all of the other spooky home decor, or keeping it in the package on the off chance that it goes up in value to a level where I'd be a fool not to sell it.  Now that I think about it, it's already at that level now.  You could get a hell of a nice steak dinner for what these things are going for.
It's times like this that I really wish my grandfather was still around.  I could only imagine what he'd say if I told him what people would be willing to pay for a free piece of plastic that came with my breakfast cereal.