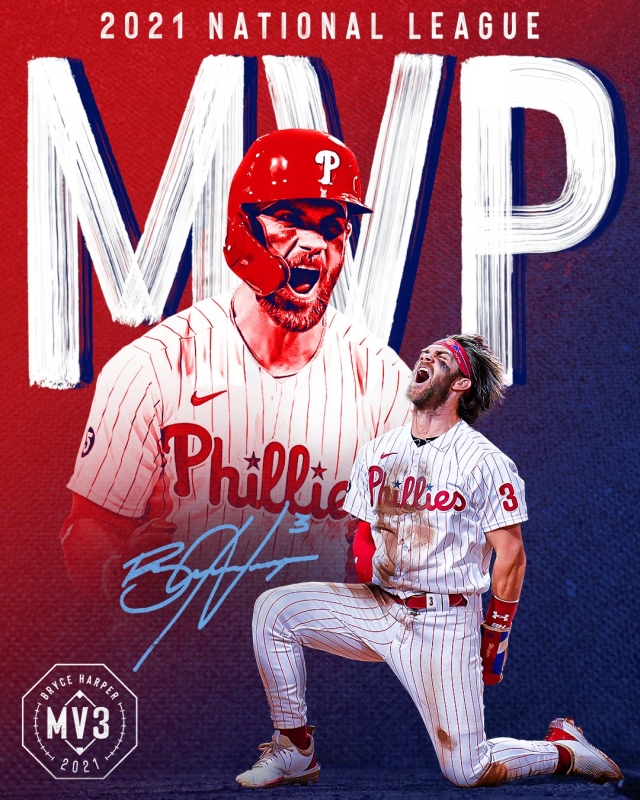 Bryce Harper
2021 National League MVP
This season, the Phillies right fielder hit .309 with 35 homers, and a .429 on-base percentage, and he led all of Major League Baseball with a .615 slugging percentage and a 1.044 OPS.  He put the team on his back and kept the Phillies in the hunt for a playoff spot to the last week of the season.
Earlier today, he was named the NL MVP for the second time in his career, becoming only the fifth player in the history of the sport to win an MVP with two different teams.
Congratulations, Mr. Harper.