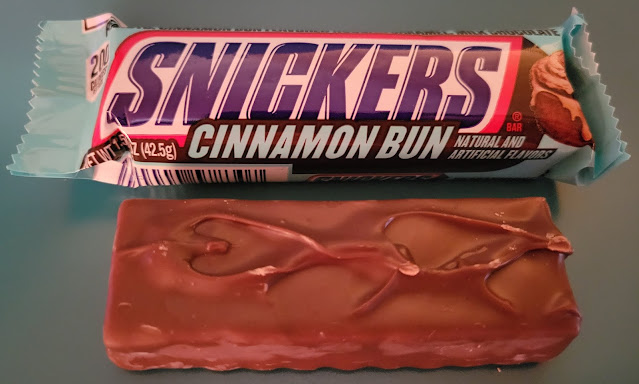 Snickers Cinnamon Bun
Mars (2021)
They've come up with a lot of different variations on the Snickers bar in recent years, but I haven't been overly impressed with any of them.  It's not that they weren't good, but the changes didn't really do to much to improve on the original bar, or even to have a significantly different flavor.  They all just kind of taste like Snickers bars with a very slightly different aftertaste or texture. 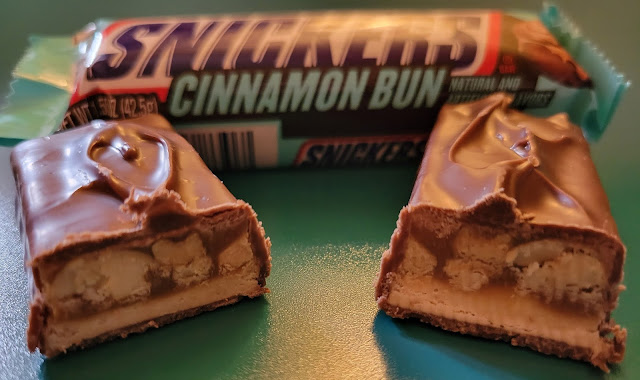 I'm glad to say that this isn't the case with Snickers Cinnamon Bun.  They definitely have a distinct flavor from the original Snickers bar.  The only thing that's slightly disappointing about them is the name.
This candy bar tastes like a Snickers with cinnamon sugar used in place of sugar.  They're very tasty and worth trying, but nothing about its flavor reminded me of a cinnamon bun.  My guess is that the marketing team found that the name "Cinnamon Bun" tested better with consumers than if they had just called it "Snickers Cinnamon", and I guess I can see their point if that was the case.