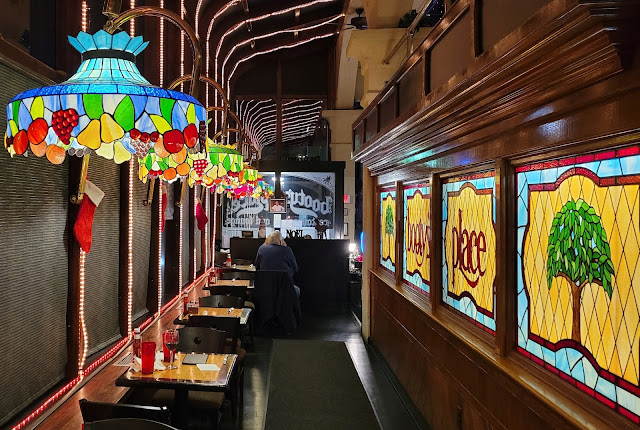 Booty's Place
Church Hill Mall - Hazleton, PA
There aren't very many places in my hometown that have been in business as long as Booty's Place.  The restaurant has been in the middle of the Church Hill Mall since I was growing up in Hazleton, and it's still going strong today with delicious food in a very pleasant and peaceful atmosphere, and friendly staff who make you feel at home.

Since the early 1980's, Booty's Place has been known throughout the area for their Italian food.  It's not a place that my family brought me very often when I was a kid, but I do have vague memories of coming here once or twice in those days. 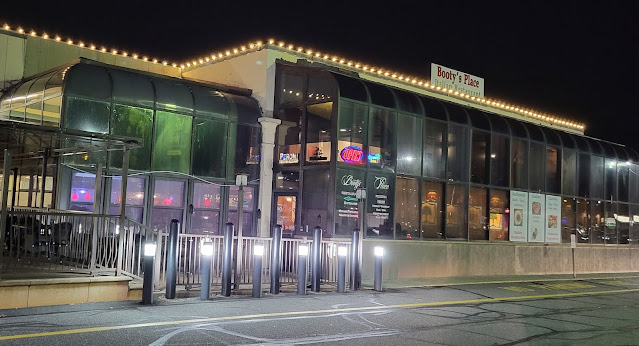 The Church Hill Mall, in which Booty's is located, is the smallest mall I have ever seen.  The anchor store on the left is Ollie's (which was Gee Bee's when I was a kid, and Value City in my teens and 20's), and a grocery store on the right, which has gone under several different names over the years, but is presently a Key Food location.  The mall in between these two businesses is really a mall in name only.  It's a strip of stores connected by a long indoor hallway.  If you're standing at the mall entrance of Ollie's and facing the other side of the mall with Key Food, you'll see that all but one of the businesses are on the left hand side, with the right hand side being mostly taken up by windows and doors that lead to the parking lot.  The only business that you'll see on the right hand side is Booty's Place. 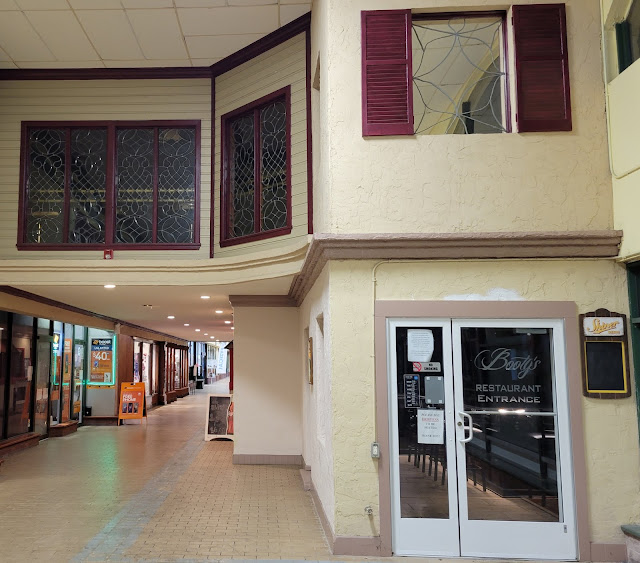 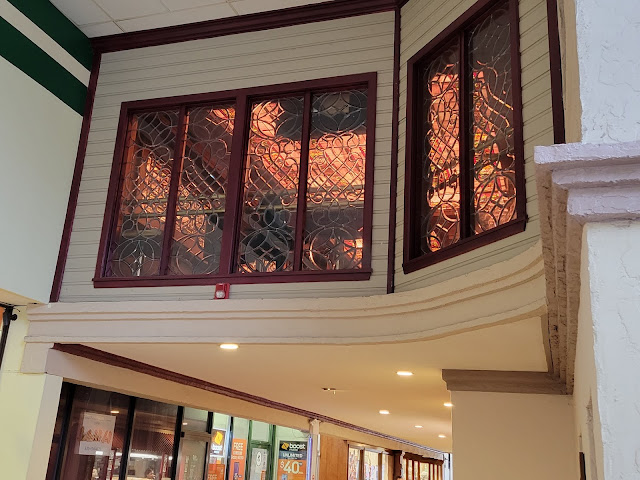 If you walk up to Booty's from the inside, you'll also see that it's the only business in the Church Hill Mall that has a second floor that stretches over the indoor hallway of the mall.
There are two entrances to the restaurant from the inside of the mall.  The side entrance that you can see in the top photo leads to a bar and cocktail lounge area.  The main entrance in the front leads past the dessert case and to the hostess stand where you go to be seated. 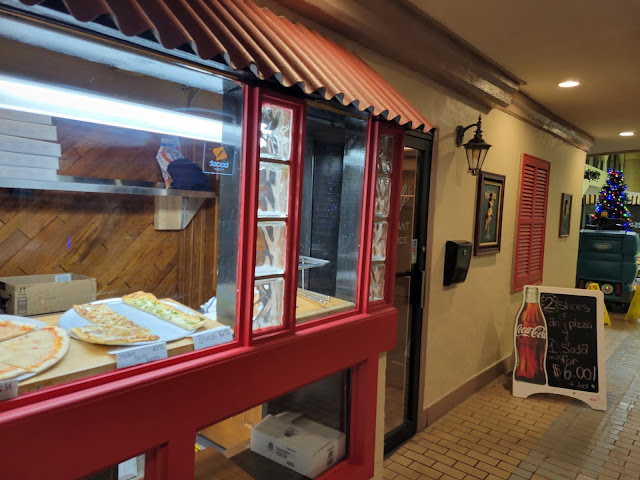 To the left of the main entrance is Booty's pizza window where you can walk up and order pizza, hoagies, sandwiches, stromboli, and drinks.  The deal they currently have is two slices of pizza and a soda for six bucks.  You can also order a full pie for pickup or delivery. 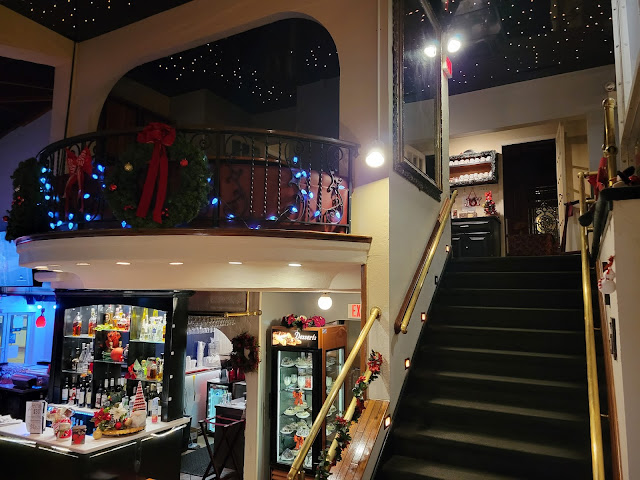 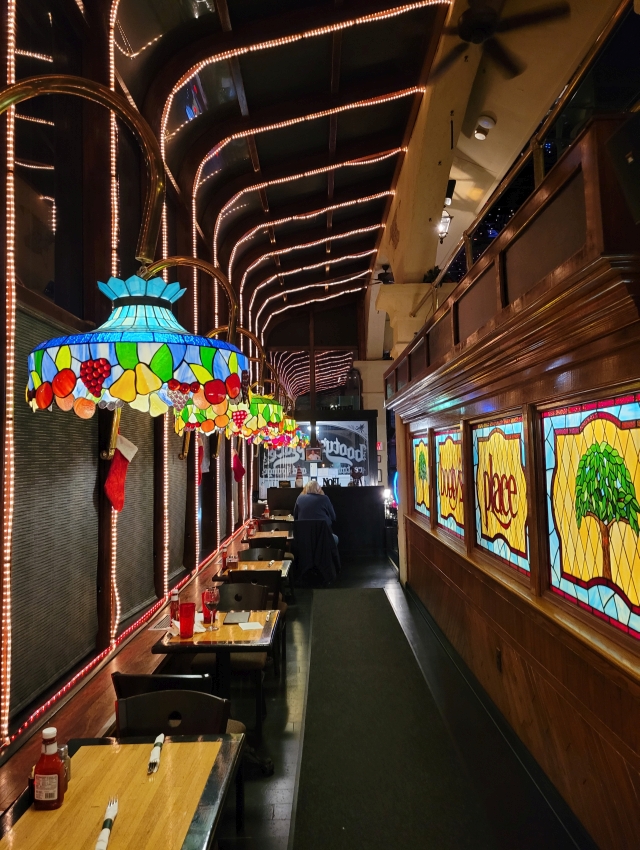 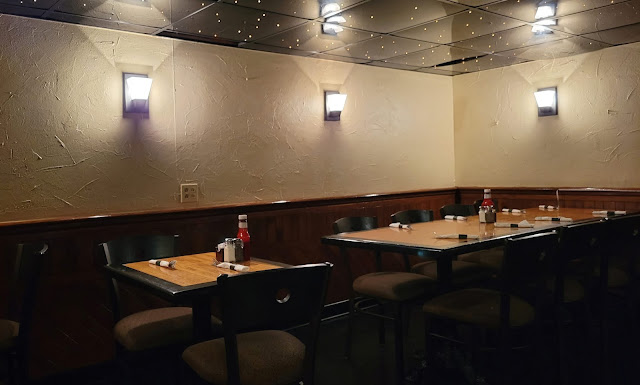 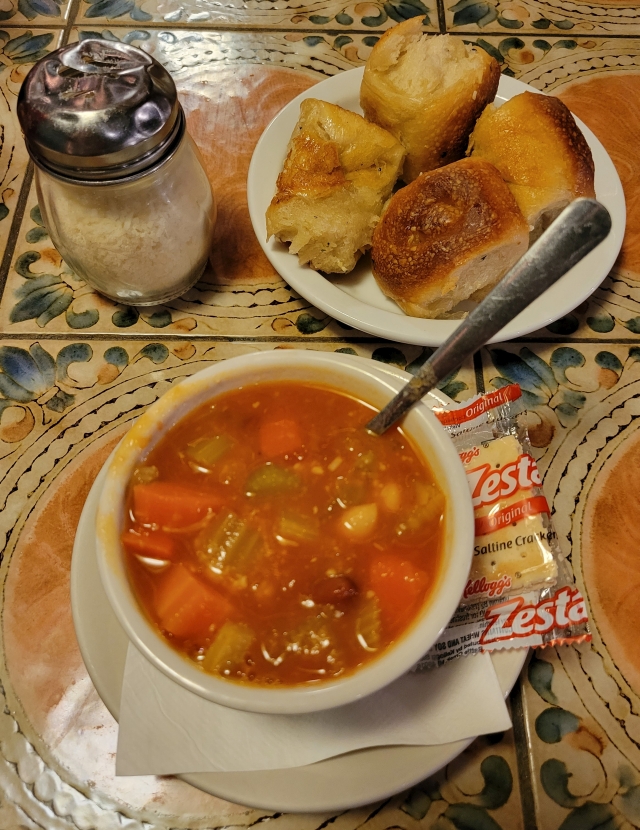 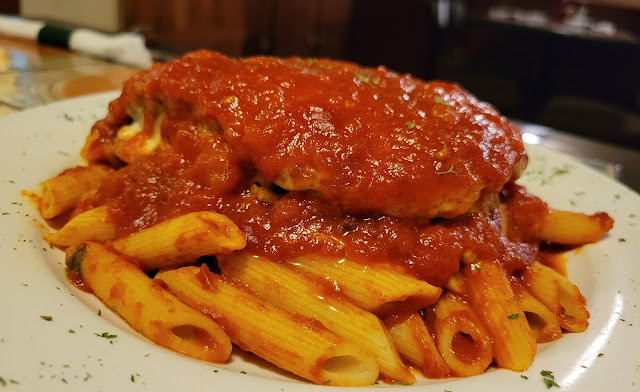 I had a cup of pasta fagioli and garlic knots as an appetizer, and Chicken Sicilian for dinner.  This is a breaded chicken cutlet with eggplant that is baked and topped with mozzarella cheese, and then served on your choice of pasta with sauce (I had it with penne pasta).  It was absolutely delicious and reminded me of the kind of food that my grandmother used to make, and that was once served in dozens of different restaurants throughout the area that, sadly, are no longer here to enjoy. 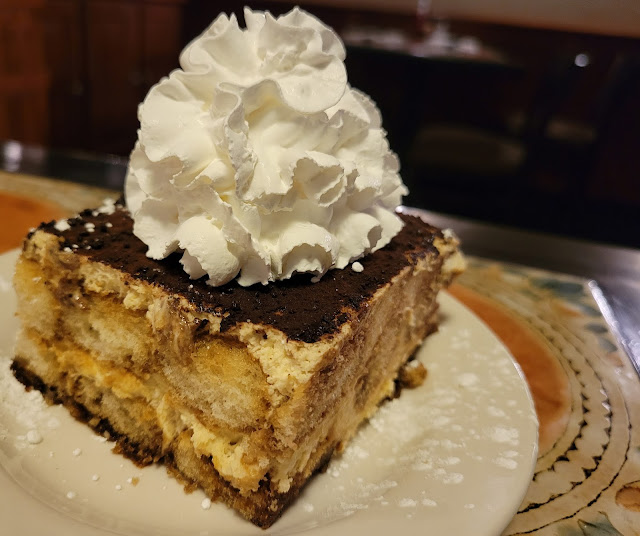 I was tempted to get the rice pudding or the cannoli for dessert, but it's been a long time since I had a good tiramisu, so that's what I got.  My wife normally goes for something chocolate, but she surprised me by ordering the same thing.  Both of us loved our desserts, and I'm pretty confident in saying that we'll probably both be having the tiramisu next time we come here as well.