A Trio Of Festive Ice Cream 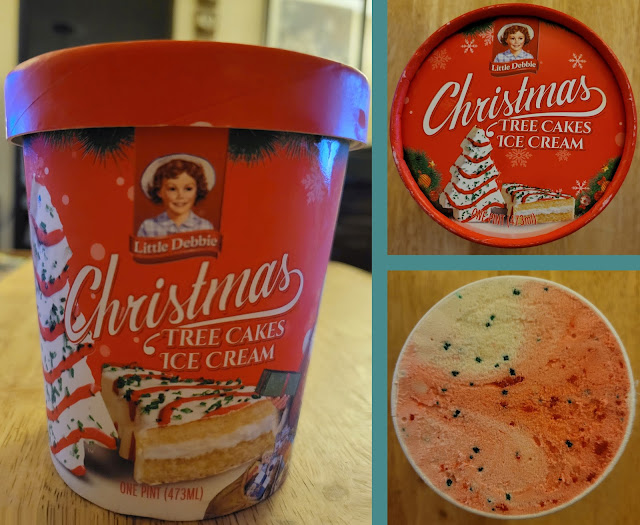 Little Debbie Christmas Tree Cakes
Hudsonville Ice Cream (2021)
These little Christmas tree cakes have been one of my favorite holiday snacks for as long as I can remember, so I was excited to see them turned into an ice cream flavor.  It's made from a vanilla cake flavored ice cream with pieces of pound cake pieces, green sprinkles and red frosting mixed in.  Not only was it delicious, but it was also pretty inexpensive.  When I see containers that are around the same size as Haagen-Dazs or Ben & Jerry's, I'm expecting a price tag of at least $5, but this was about two bucks at Wal-Mart. 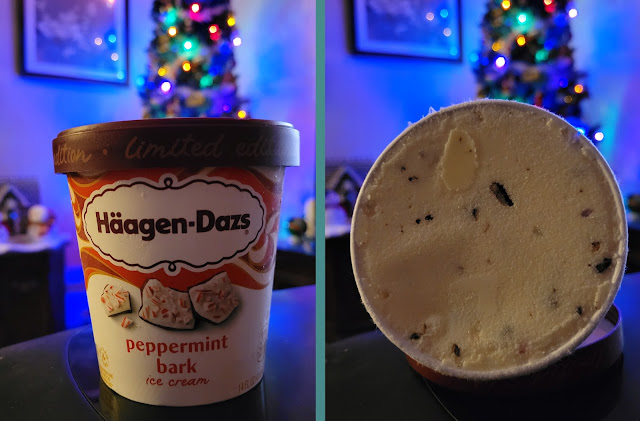 Peppermint Bark
Haagen-Dazs (2021)
Speaking of Haagen-Dazs, I had to pick up a carton of Peppermint Bark for old times sake.  I really miss the days when I'd be able to get these for free because they've definitely gone up in price since the start of the pandemic.  I'm happy to say that it still tastes just as good as it did before Froneri purchased the Nestle/Dreyer's Ice Cream division.  Maybe one day, they'll bring back my all-time favorite ice cream, Banana Rum Jam. 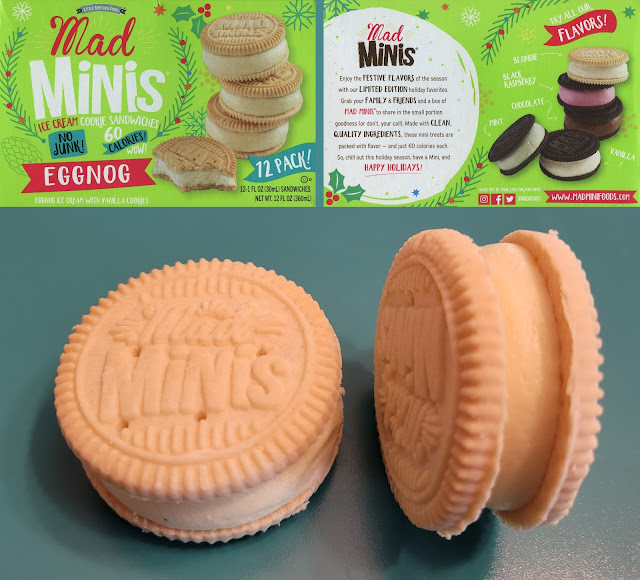 Mad Minis Ice Cream Cookie Sandwiches: Eggnog
Little Something Foods (2021)
I can't remember where I found these because I had been saving them in my freezer until it got a little closer to Christmas.  Mad Minis are about the same diameter as an Oreo cookie, but with a much thicker ice cream center compared to an Oreo cream center.  Even better, they're only 60 calories each!
These are an improvement on the Skinny Cow ice cream sandwich concept in two ways.  The first is that they're bite sized, so someone on a diet is able to portion control a lot more effectively than they could with a full-sized ice cream snack.  Secondly, both the ice cream and the cookie are significantly better tasting than any of the Skinny Cow sandwiches that I've ever had.  They're very tasty!  It'd be cool to see something like this used as a garnish on an alcoholic eggnog beverage that's served after a holiday meal, sort of like a fruit wedge on the rim of the glass.