The Final Years Of Cartridge Gaming 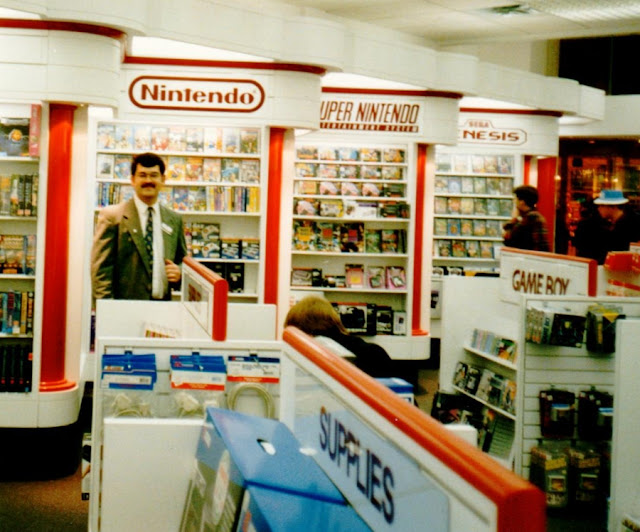 Babbage's
These pictures of the inside of a Babbage's store in the mid 90's have been making the rounds.  I'm not sure who to credit as the original source, but the earliest post I could find of them was actionaddam on Reddit.  Babbage's would go on to merge with a number of other video game retailers and several ownership groups before they were all rebranded as GameStop by the end of the 90's. 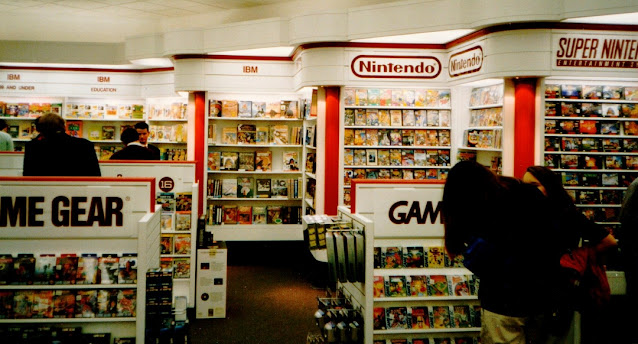 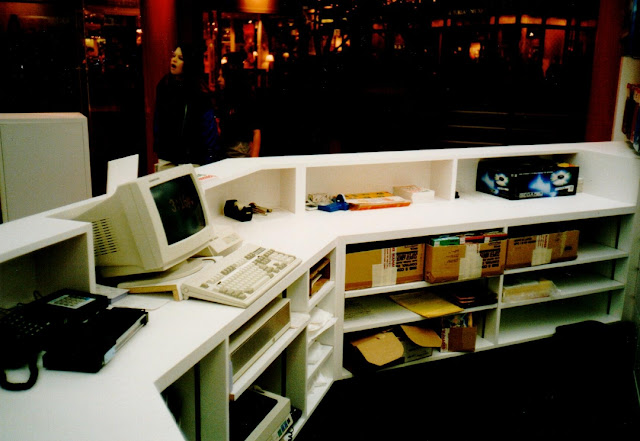 From the boxed Model 1 Sega CD behind the counter, I'm guessing that these photos were taken 30 years ago in late 1992.  There were separate game sections for PC, NES, SNES and Genesis on along the wall, with islands in the center of the floor for Turbografx-16, Game Gear and Game Boy.  If you zoom in, you can probably make out some of the games, like Dragon Warrior IV, Final Fantasy II, and The Legend Of Zelda: A Link To The Past.
You'll also see these two folks. 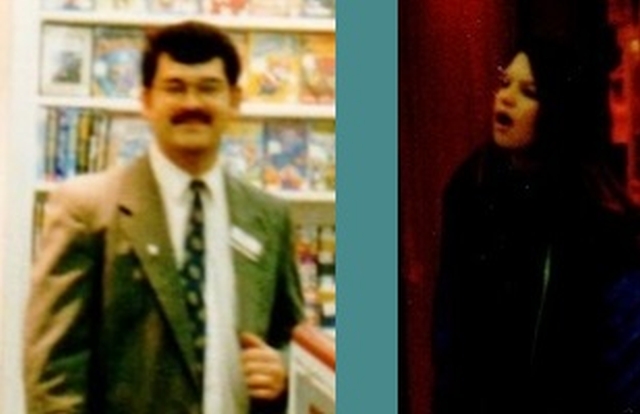 I'd like to believe that she's cursing at him from across the store for only offering four dollars in store credit to trade in her copy of Rad Racer.