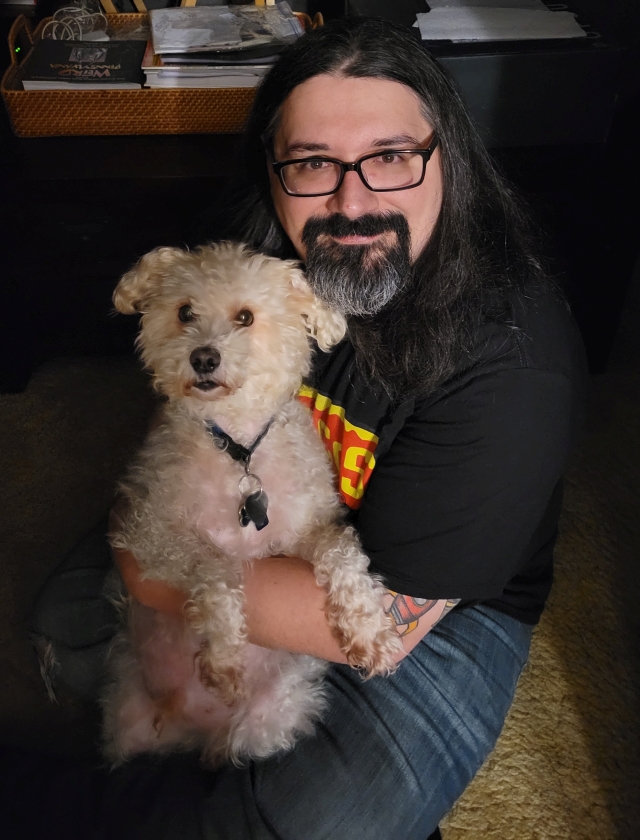 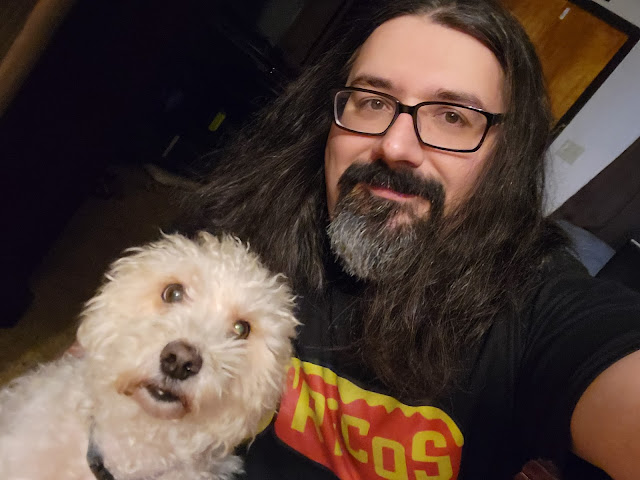 I've been fortunate enough to make friends with a lot of dogs in my life, but none have touched my heart as much as this little Schnoodle. 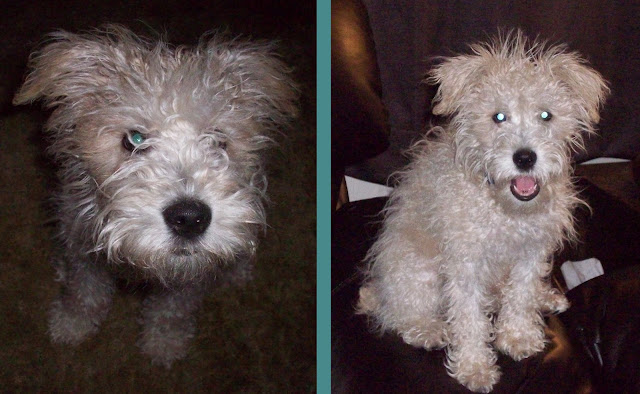 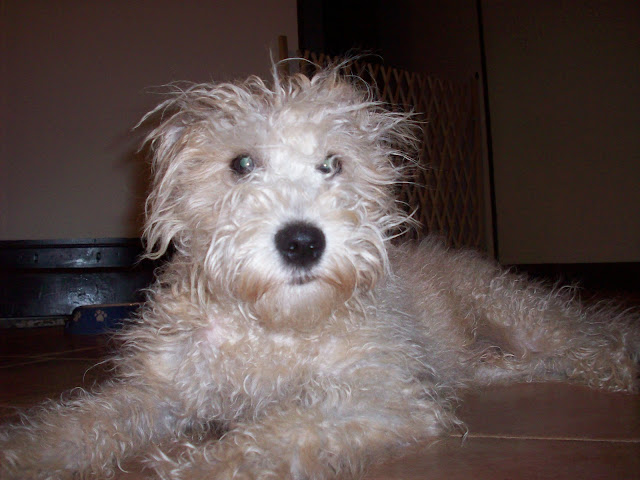 Harvey came home with us on June 2nd, 2012.  We went to the Laurel Mall to buy a pair of jeans that day and had absolutely no intentions of coming home with a dog.  As always, we stopped in The Pet Shop (that was literally what the store was called) to spend some time playing with the puppies.  That's when we met a little poodle/schnauzer puppy who was resting in a small, fenced in area.  His name at the shop was Carson, and he was the most loving little dog that you could ever hope to meet.
We learned from a woman who worked at the pet store that each of the employees were allowed to take a puppy home for the night on occasion - particularly on Sunday nights because the mall closed early.  She said that everyone who worked there brought Carson home with them whenever they could because he was such a friendly and playful little guy.  It wasn't long before we were in full agreement with the staff, but this time, he was going home for good.
Neither of us were crazy about the name Carson, but we didn't have a name picked out ahead of time because we didn't expect to get a dog that day.  He got his name from an off the cuff reference I made when my wife and I went to the ATM to take out the money we needed to bring him home.  This requires a little bit of back story.
My wife and I were friends for many years before we started dating.  If you were to ask either of us when our friendship started to develop into something more, it was a night in April 2006.  We were hanging out watching movies and other stuff that I had on tape, and just for fun, I put an old VHS tape on of Saturday morning cartoons that my grandfather recorded off of television for me back in 1987.  It includes Dungeons & Dragons, Teen Wolf, The Real Ghostbusters and Looney Tunes (among other things), and it includes all of the original commercials.  This tape has been the source of many inside jokes the two of us have, where we'll quote a line from one of the cartoons or commercials at random moments when it seems appropriate, and absolutely no one gets what we are referencing except for the two of us.  So, when we were going back and forth with different name ideas, I blurted out "I think I'll call him Haaaaarvey", which was a reference to a commercial for the Cabbage Patch Kid Pony which was on that tape.  Instantly, she said "Oh my god, that's it.  We have to call him Harvey." 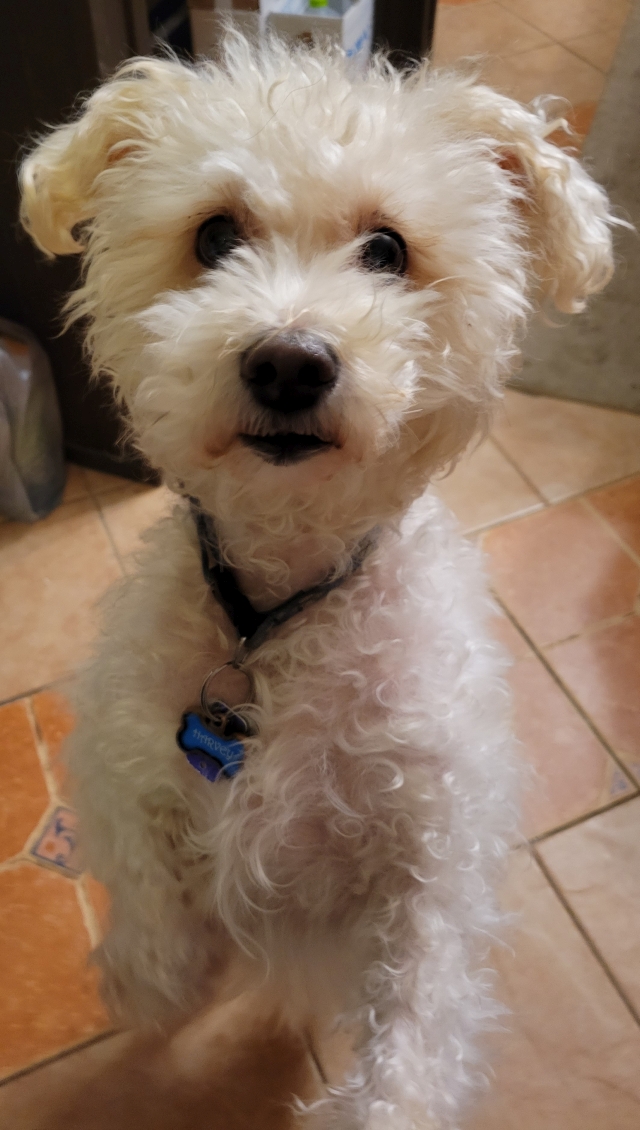 He's been my best buddy for nearly ten years - a sweet, playful and crazy intelligent little pup who has made my world a better place.  He had a special dinner for his birthday today of low fat hamburger with rice, carrots and a little shredded cheese, which he gobbled up with gusto.