My Only Weakness Is... Well, Never Mind

Louder Than Bombs
The Smiths (1987)
A double album was released 35 years ago, and its influences are still being felt to this day.  Louder Than Bombs is a compilation of singles and B-sides from The Smiths that had never been released in the United States before.

My first exposure to the music on this record, or from any of The Smiths music for that matter, came from my favorite scene in one of my favorite movies of all time, Ferris Bueller's Day Off.  About halfway through the movie, Ferris, Sloan and Cameron visit The Art Institute Of Chicago.  There is no dialogue here, and an instrumental cover of The Smiths' Please Please Please Let Me Get What I Want by The Dream Academy plays throughout the entire scene.  I didn't know that at the time when I first saw this film.  I thought it was just a particularly beautiful part of the score that played over a scene that was especially meaningful to me then, and whose meaning has only grown stronger in the years that followed.  It was this scene that opened the door many years later to my discovery of Louder Than Bombs and The Smiths, as well as the music of Morrissey and Johnny Marr after the band's breakup in the summer of 1987. 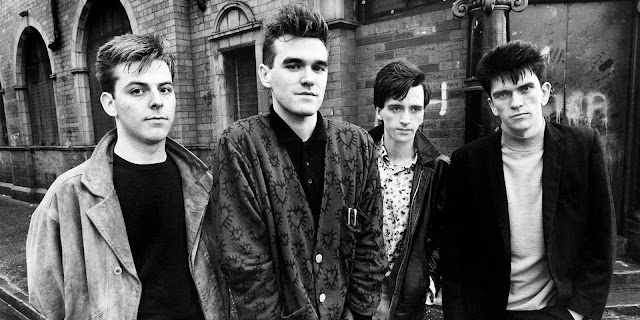 In addition to the original Please Please Please Let Me Get What I Want, Louder Than Bombs has some of my favorite songs to come out of the 1980's, including Panic, Heaven Knows I'm Miserable Now, Shoplifters Of The World Unite, Ask and Asleep.  I don't know if I could pick a favorite because it would heavily depend on what kind of mood I'm in at the time, but the one that I tend to play the most is Panic.  It was originally released in the UK in the summer of 1986, and I think it has something for you regardless of what kind of way you're feeling.
Panic
The Smiths (1986)