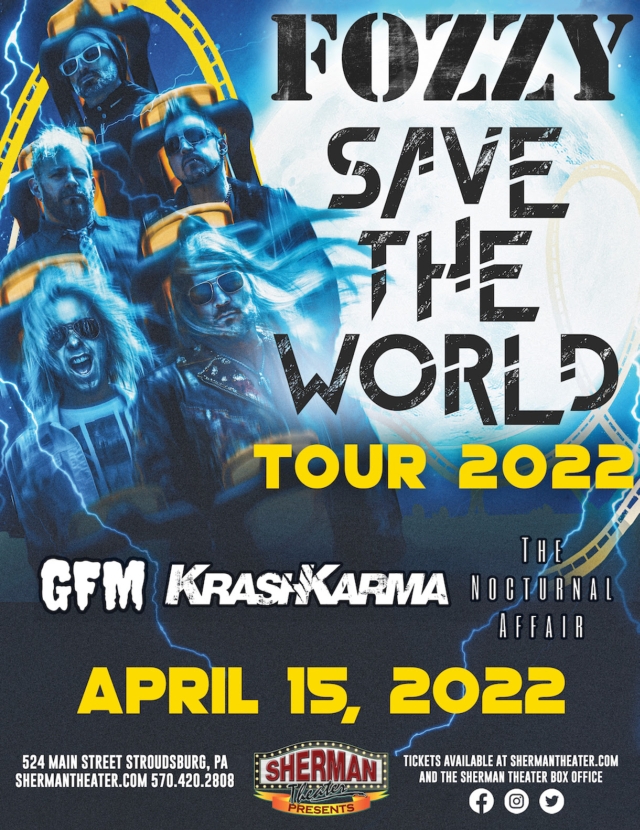 The Nocturnal Affair / Gold Frankincense & Myrrh / Fozzy
Sherman Theater - Stroudsburg, PA
I missed out on the opportunity to see Fozzy perform at the Kirby Center in Wilkes-Barre a few years ago, so I was very glad to have had a second chance to see them last night.  They're touring with three other band, but KrashKarma were unable to appear due to illness so this show had two opening acts.

The Nocturnal Affair were the first band to take the stage, and I was extremely impressed.  They describe their music as alternative dark rock, and it's fitting.  Listening to them reminded me of playing Castlevania: Symphony Of The Night when I was a teenager.  It's dark and spooky, but it has an elegance to it that sets it apart from other music of its kind.  Check them out on Spotify. 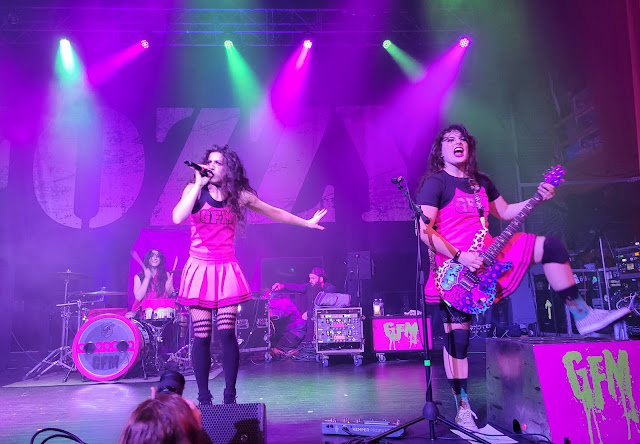 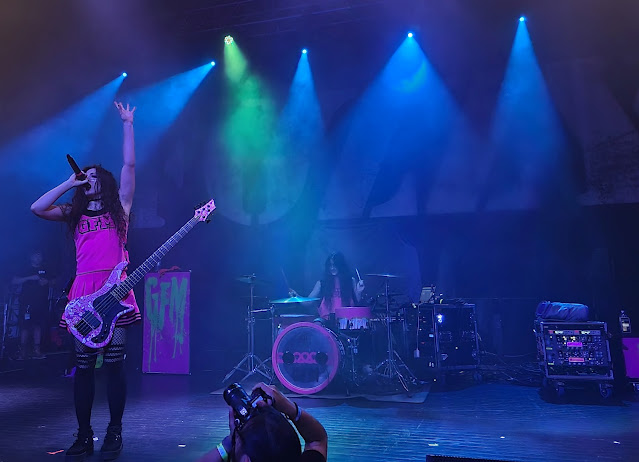 Gold Frankincense & Myrrh (or GFM, as they are more often known) are one of the most original acts I've seen in a long time.  The band is comprised of three sisters whose presentation is a blend of metal, punk and Lisa Frank - a style that they have described as Beautycore.  The music is pretty damn good with songs that are fun and empowering.  I especially enjoyed Smile, which could serve as an anthem to express the anger and frustration that I'm sure women feel when some clueless dipshit tells them to smile.
I think this band has a very bright future ahead of them.  There were a group of fans standing to my left who had been following this band since they started in 2016, and it seemed that they were just a just a sampling of the fanbase that GFM have cultivated.  Their catalog is on Spotify, and they have a new EP called Framing My Perception that's scheduled to be released on May 27th.  They played the title track off of this upcoming record last night, and it was excellent.  I'm looking forward to hearing more. 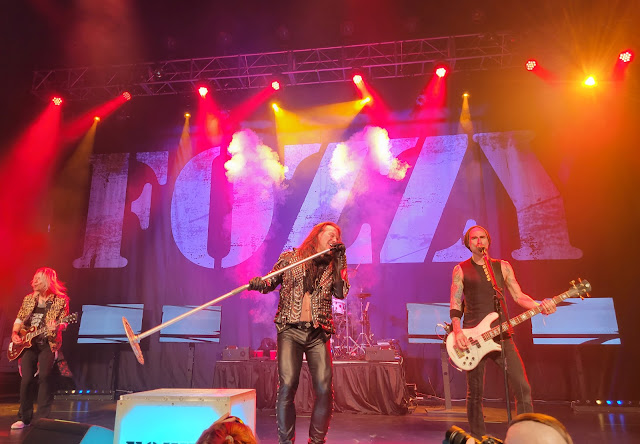 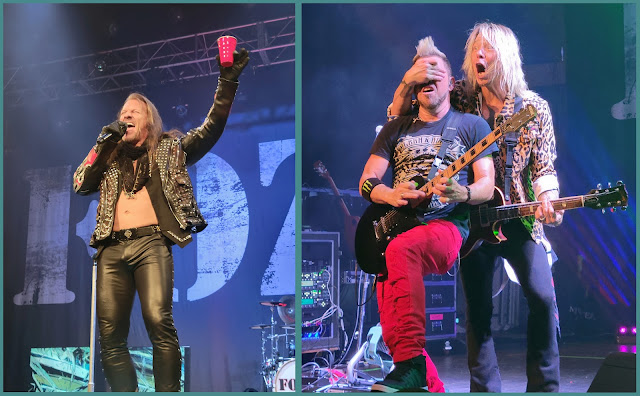 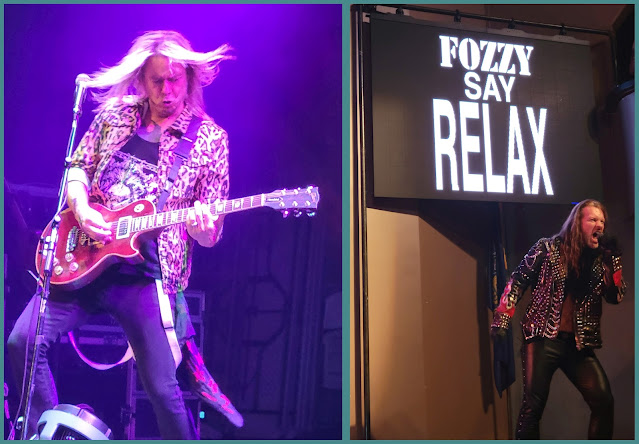 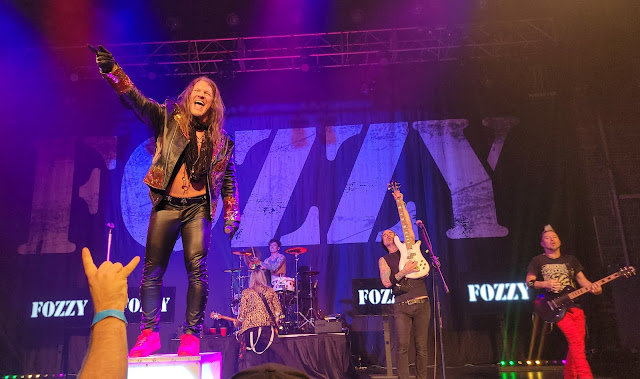 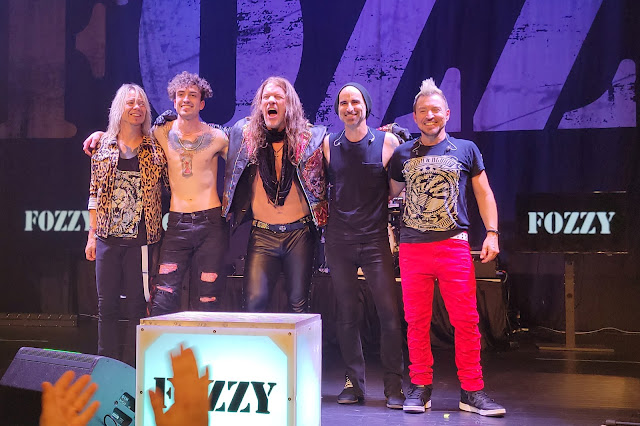 I've been a fan of Chris Jericho since I first saw him wrestle for WCW when I was 16 years old.  For as much as wrestling fans rave over guys like Ric Flair and Shawn Michaels, I think Jericho is the most talented wrestler of my lifetime.  Inside of the ring, his matches are second to none, and he has reinvented his character so many times that I've lost count.  Outside of the ring, he is the rock star and pop culture icon that many other wrestlers pretend to be, and this 15 song set was the perfect example of this.  It included a selection of music from across Fozzy's 22 year run, including Jericho's AEW entrance song, Judas.  They also performed an awesome cover of Relax (Frankie Goes To Hollywood) and ended the show with AC/DC's Dirty Deeds Done Dirt Cheap.
Fozzy was originally started by Stuck Mojo guitarist Rich Ward in 1999.  Later that year, he was joined by Chris Jericho, who originally performed with the band under the name Mongoose McQueen.  The band is rounded out by bassist PJ Farley (who is also a member of Trixter and Rubix Kube), Billy Grey on guitar, and the band's newest member Grant Brooks on drums. 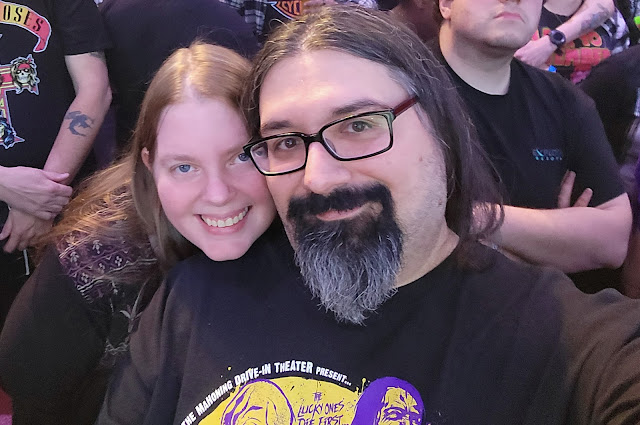 It was an awesome show, and the general admission tickets were very reasonably priced at $25.  This is more than fair for a night of live music, especially with how the cost of just about everything is going through the roof.  We managed to find a spot in the dead center right up against the stage.  There were private balcony boxes that cost a little more, but the view from up there just isn't the same to being down on the floor.
Here is the setlist for The Nocturnal Affair, GFM and Fozzy. 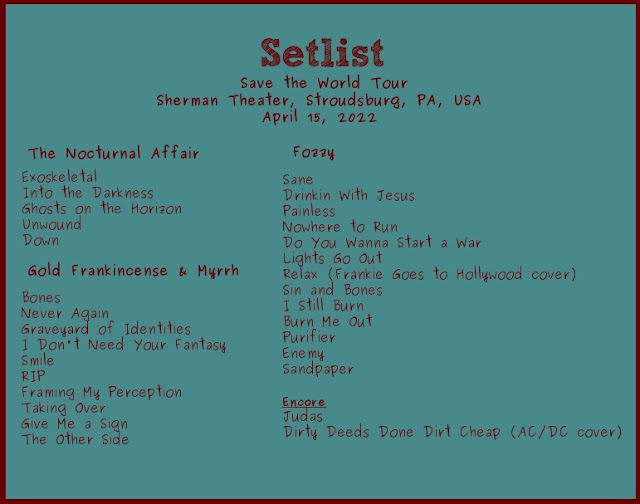