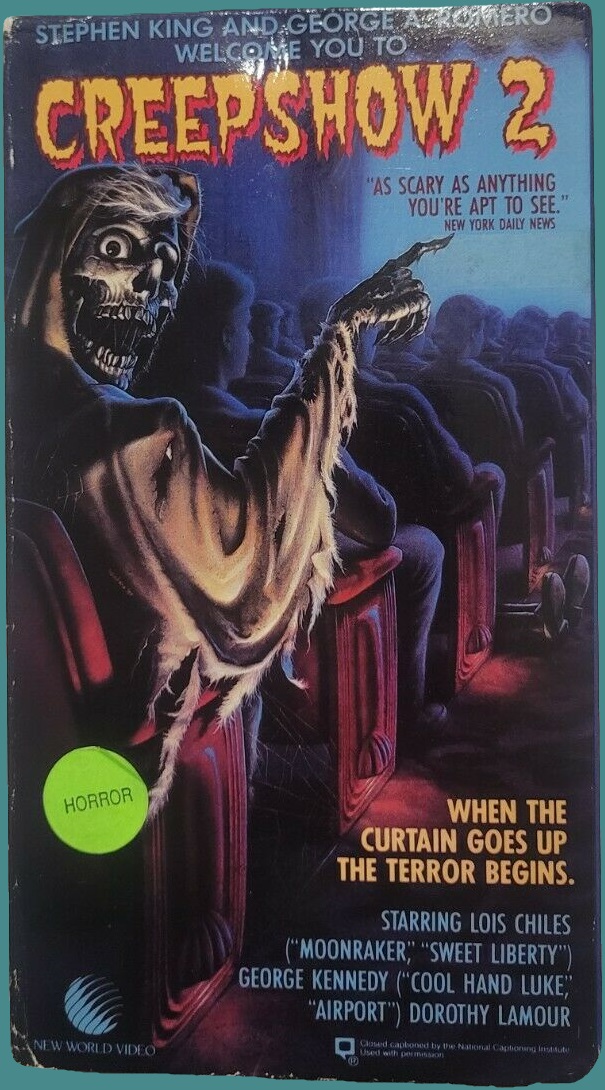 Creepshow 2
New World Pictures (1987)
One of my favorite anthology horror films was released to theaters 35 years ago today.  It's another 80's movie that seems to get no love on Rotten Tomatoes, but if you're the kind of person who can enjoy campy horror stories that don't take themselves too seriously, there's a lot of fun to be had here. 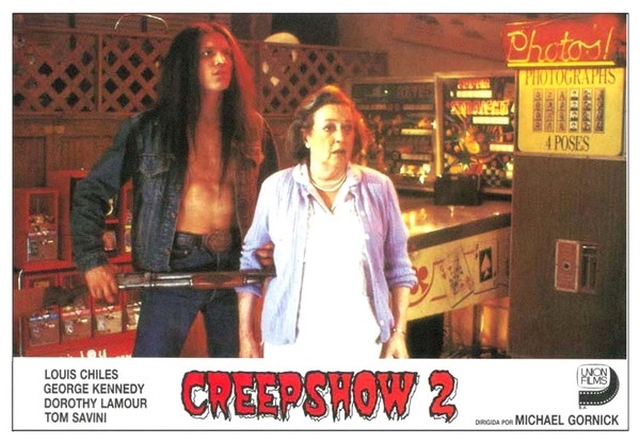 The first story begins at a small hardware store in a dying town.  The store is owned by an old couple, with the husband played by George Kennedy who I know best as Leslie Nielson's partner in The Naked Gun.  The couple are given a bag of valuable jewelry from a local Navajo chief whose people are in debt to the store with the understanding that if they cannot pay back their debt, they may keep them to settle the debt.  The chief leaves, and his rotten nephew and his two white friends rob the place and kill the old couple.  This causes the wooden Indian statue at the front of the store (Old Chief Woodenhead) to come to life and take vengeance on the thieves.

There are a couple of late 70's pinball machines in corner of the store near the photo booth.  The camera doesn't stay on them for too long, but machine in the corner is an Aztec table from Williams, and to its right next to the photo booth is a Super Straight machine, made by Sega SA.  You can see the playing cards on the side and a bit of the backglass of the Super Straight machine in the shots where Sam Whitemoon is looking at his photos and going through the purse that he just stole from the woman. 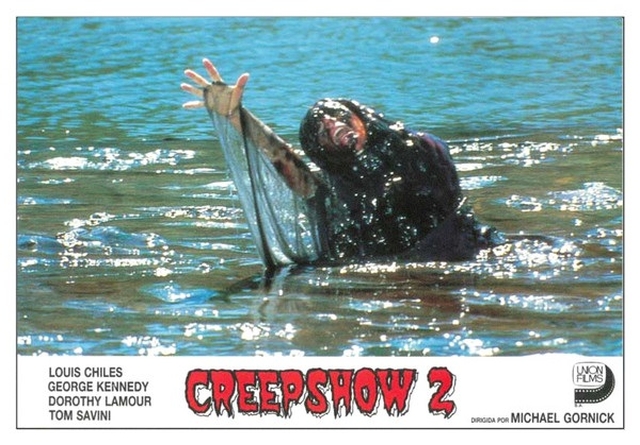 My favorite part of Creepshow 2 is the second story.  Four college kids find themselves trapped on a raft in the middle of a secluded lake while a black blob-like creature who lives in the water hunts them.  It has a pretty cringe-worthy scene where one of the guys tries to take advantage of one of the women, but it's a good suspenseful situation. 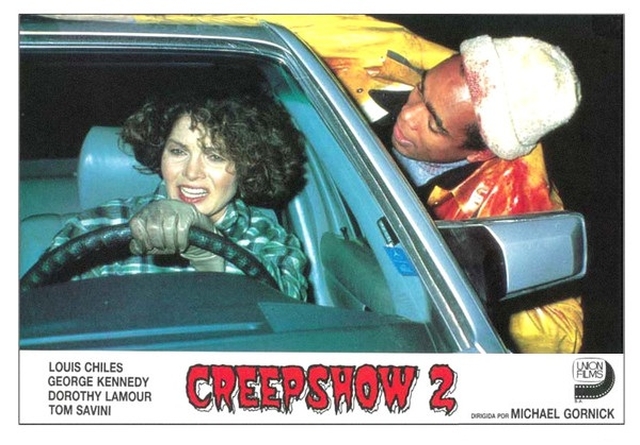 The third and final story is The Hitchhiker.  It starts off with a woman in bed with a gigolo who charges $25 bucks per orgasm.  Maybe he could offer a rewards card where customers pay for nine and get the tenth one free.  While speeding down the highway in an attempt to get home before her husband, she hits and kills a hitchhiker.  The bloody reanimated corpse of the hitchhiker spends the rest of the story trying to kill her while shouting "thanks for the ride, lady".  It's not bad, but it's my least favorite of the three.  Something about characters talking to themselves too much tends to get on my nerves.