An Alien Hunts Two Governors In The Rainforest 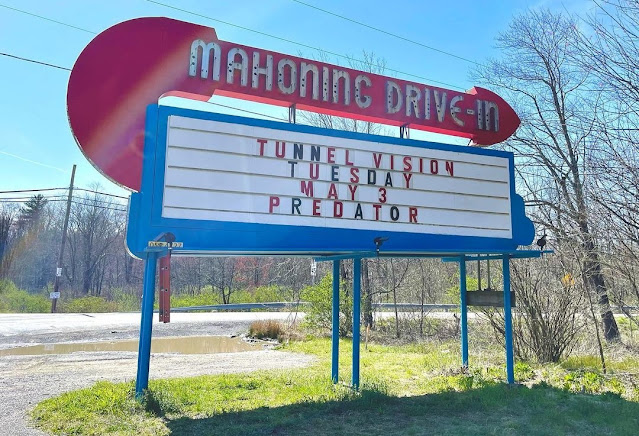 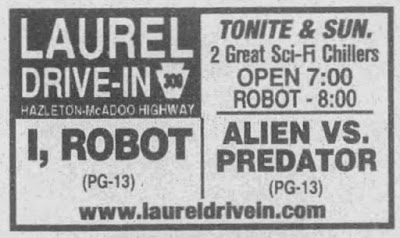 Prior to last night, the only movie from the Predator franchise that I had ever seen in its entirety was Alien vs. Predator.  It was the second half of a double feature with I, Robot at the Laurel Drive-In in the summer of 2004, and if I'm being honest, the draw for me to want to go to the drive-in that night was to see the latest Alien flick. 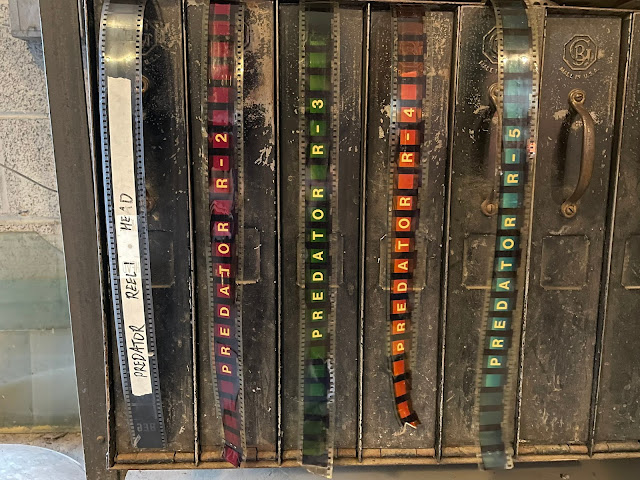 I had only ever watched bits and pieces of Predator before, like if I was flipping through channels or in the background at a friend or relatives house.  From this very limited exposure, the impression that it left was that it was sort of like a war move - a bunch of soldiers in camouflage roaming around the jungle who are trying to kill something and not get killed themselves.
My stepfather used to watch movies like that all the time, and it soured me on the genre of war films - particularly when he would quote lines from Full Metal Jacket as if he thought he was a super soldier reliving his glory days of war on the big screen.  It wasn't until many years later that I did the math and found out that he didn't actually fight in the Korean War (unless he served when he was 14, which he didn't), and that he was just another stolen valor Foghorn Leghorn jackass who boasted about things he knew nothing about.  Years later when I worked at Blowout Video, I found that Full Metal Jacket is an awesome movie, and that I shouldn't allow other people to negatively affect my enjoyment of a film.  I'm still not the world's biggest war movie fan, but I'll give them the same shot that I'd give to any other movie.  Predator and its sequel have been on my list of movies to revisit with an open mind to see what they're all about, but I just never got around to it. 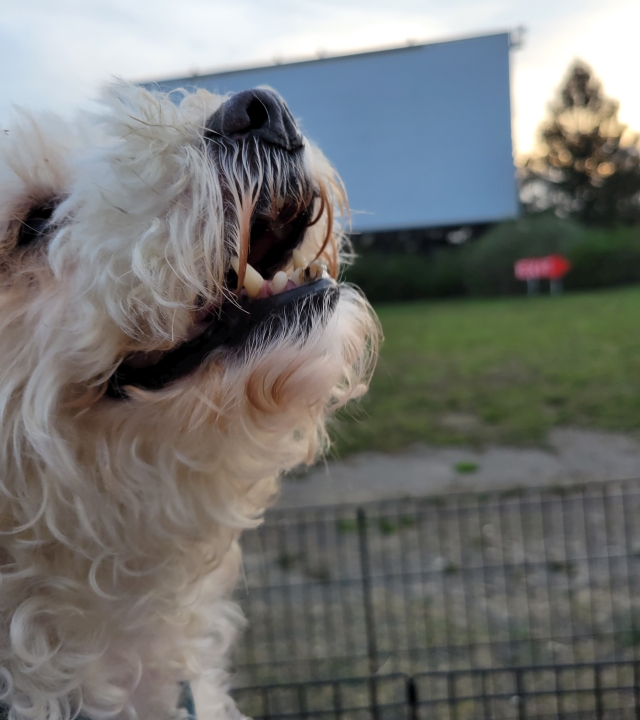 Harvey came out to the drive-in with us last night, and he could not have been a happier dog!  The little guy has had a pretty rough time recently.  He was attacked by two larger dogs who got out of their yard last month.  It wasn't life-threatening, but it was pretty bad and he had to go in for surgery.  He took his antibiotics with no trouble, but he wasn't at all happy about having to wear a cone to keep him from biting his stitches.  The good news is that he's almost finished on his road to recovery.  The stitches were removed a few weeks ago, his wounds are pretty close to being healed over completely, and he's happily bounding around like his old self - completely unaware that he is a ten year old dog and not a puppy.  I've never seen him so happy to be at the drive-in.  When I walked him around the lot, his tail was wagging to the point of being a little furry blur. 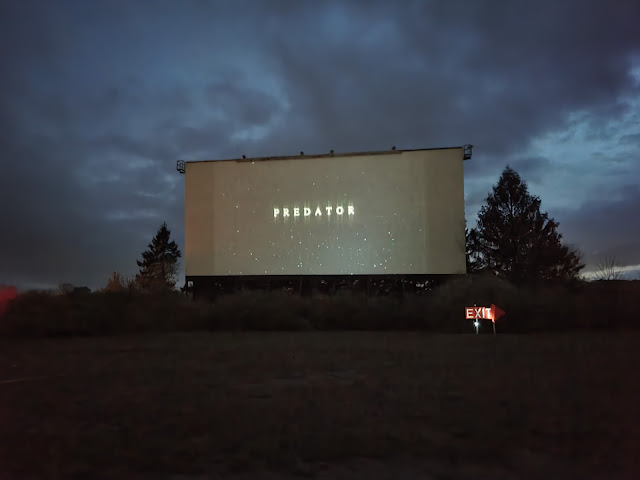 Now that I've finally seen it, I can say that Predator is one hell of an action flick.  It's a unique blend of a war movie, an 80's action flick and science fiction, and it's got a pretty awesome premise.  An alien has landed in the wilderness of Central America.  This alien isn't trying to take over or colonize the planet, and they're not on a secret mission to harvest our minerals or bring back humans for food, or anything like that.  He's just on a hunting vacation  If you've ever known someone who took the day off of work to go deer hunting, it's basically that, except the alien won't kill anyone if they're unarmed and can't fight back.  So when you get right down to it, the alien in Predator is a more decent fellow than the folks on our planet who go into the woods to kill deer, safe in the knowledge that the deer can't fight back.
The script is loaded to the gills with quotable lines, particularly from the two actors who would go on to become Governor of their home state later in life: Jesse "The Body" Ventura in 1999 (Minnesota) and Arnold Schwarzenegger in 2003 (California).  Ventura's iconic line from this film, "I Ain't Got Time To Bleed", was used for the title of his autobiography which was published after he was elected.
I know I've said this before, but I'm kind of glad that I missed out on it all these years so that my first time seeing it was the way it was seen by audiences thirty-five years ago when it was released - on original 35mm film projected on a cinemascope screen under the stars.