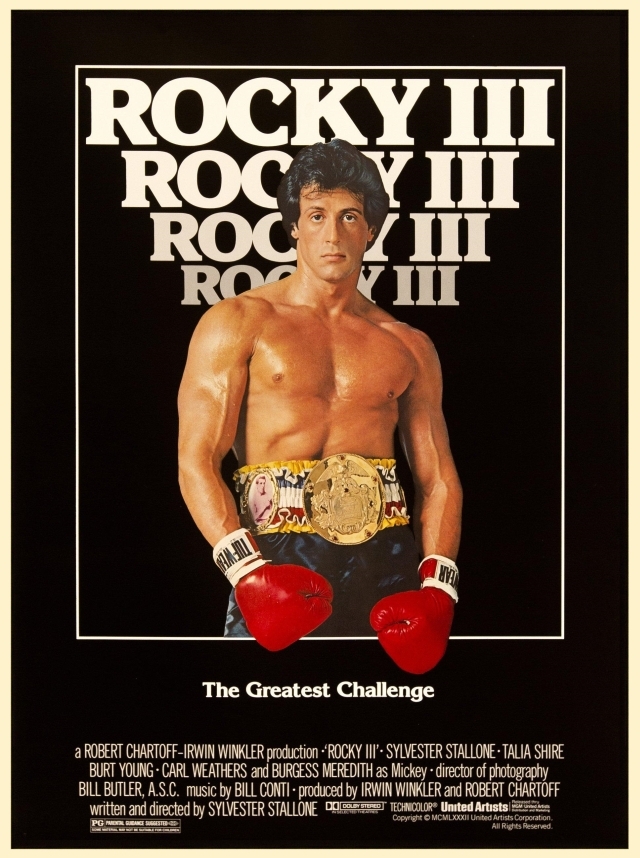 Rocky III
United Artists / MGM (1982)
The third movie in the Rocky franchise premiered in theaters 40 years ago today.  None of the Rocky movies live up to the first one, which is truly one of the greatest movies of all time, but Rocky III comes the closest. 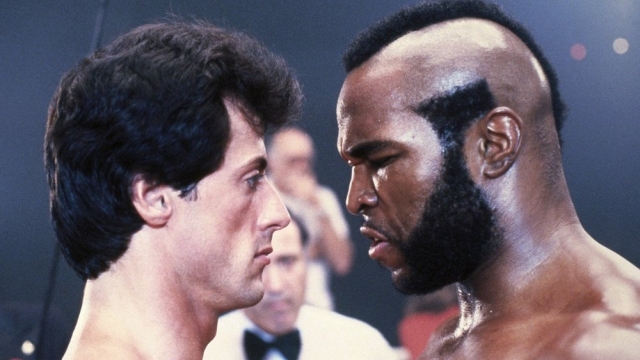 This is the one that begins with Rocky Balboa (Sylvester Stallone) as a beloved champion who has been running over all of his challengers like a steamroller in between appearances on television and at celebrity events.  Meanwhile, a hungry young boxer named Clubber Lang (Mr. T) has been rising up the ranks with an undefeated streak of matches won by knockout.  Lang grows angry that Balboa has fame and fortune by coasting with easy fights against opponents who are no threat to his championship, and Balboa is shocked to learn from his manager, Mickey (Burgess Meredith), that Lang was correct.  Rocky was being protected by his manager, who has set Rocky up with easy fights that put him in no physical danger and in very little danger of losing his title.
Upon learning this, Rocky accepted the challenge of Clubber Lang, and Lang defeated him for the championship in quick and convincing fashion.  The devastation of this loss pales in comparison to the loss that Rocky suffered minutes after the fight when Mickey suffered a heart attack and died.  The rest of the movie sees Rocky being lifted up by his old rival from the first two movies, Apollo Creed (Carl Weathers), who trains Rocky in a different style of fighting, and helps him to regain the "Eye Of The Tiger" in his mission to once again become the world heavyweight champion.

Rocky III was a massive success at the box office. It earned over $16 million in its opening weekend, over $125 million during its theatrical run in North America, and approximately $270 million globally.  It's one of only 93 movies in the past 40 years to have earned an A+ from CinemaScore, and it is still held up to this day as one of the best movies in the Rocky franchise.