A Half Century Of Atari 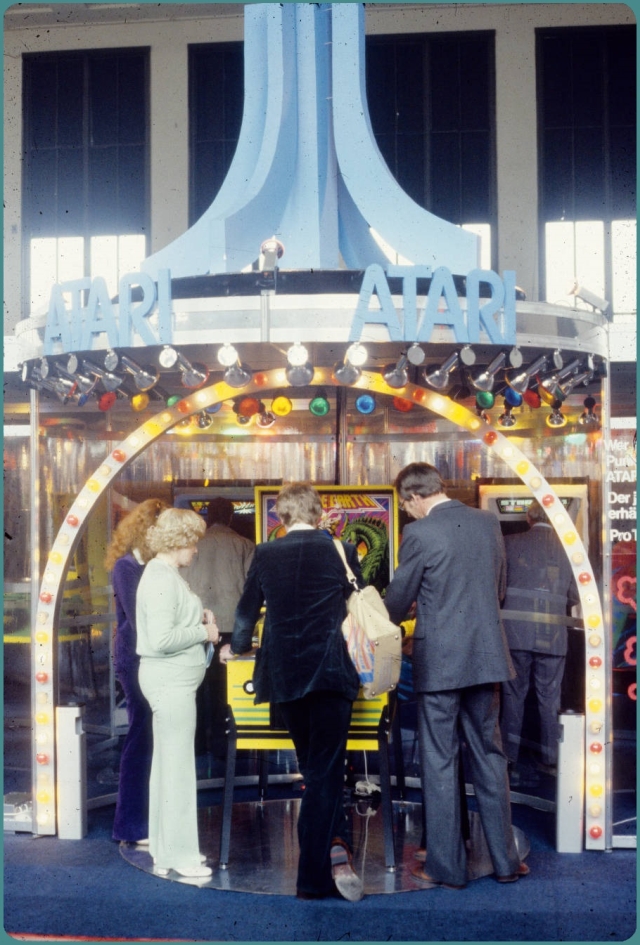 On June 29th, 1972, electrical engineers Nolan Bushnell and Ted Dabney incorporated Atari Inc.  The ownership of the company has changed hands quite a few times over the years, but there's are still products coming out under the Atari name today, including an upcoming microgame collection called Atari Mania.
I wasn't able to find any photos of the company from their first year.  The one above was taken at a trade show six years later.  The yellow pinball machine in the center is called Middle Earth and was released in February 1978 (photo source: New York Heritage Digital Collection).
Happy 50th birthday, Atari!