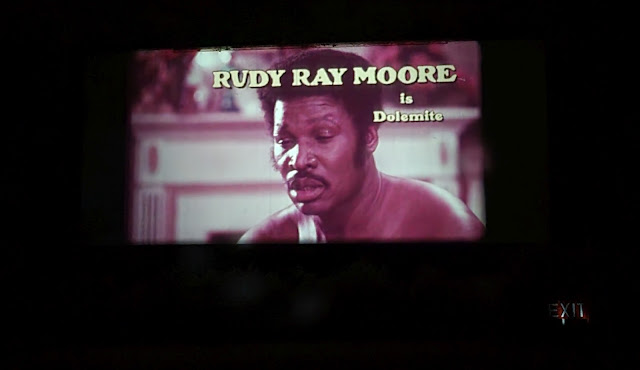 Dolemite (1975)
Mahoning Drive-In Theater - Lehighton, PA
There are so many great movies that are shown as a part of the Exhumed Films Tunnel Vision Tuesday series, and one of them that I had been looking forward to is the Rudy Ray Moore classic - Dolemite. 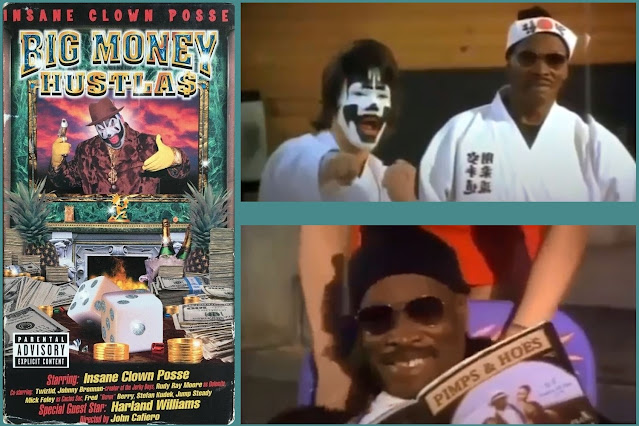 I first became aware of the Dolemite character from a movie called Big Money Hustlas that came out in the year 2000.  It's a cheesy as hell flick crime/comedy flick starring Violent J and Shaggy 2 Dope from the Insane Clown Posse, Johnny Brennan from The Jerky Boys, and stand-up comedian Harland Williams, who was probably best known at the time as the Pennsylvania State Trooper who drank Jim Carrey's pee in Dumb & Dumber.  It also includes extended cameos from Fred Berry (Rerun from What's Happening) and professional wrestler Mick Foley, but the most memorable appearance in this film was Rudy Ray Moore who plays The Ghost of Dolemite.  When his character is introduced, Sugar Bear (Shaggy 2 Dope) points out the fact that Dolemite isn't dead and that he's living in Las Vegas.  The Ghost of Dolemite responds by saying "Mothafucka, I know goddamn well I ain't dead.  I don't write the shit, I'm paid to perform it." before leading Shaggy in a training montage.  The full movie has been uploaded to YouTube, but if you want to watch the part with Dolemite, click here or skip ahead to 1:02:16. 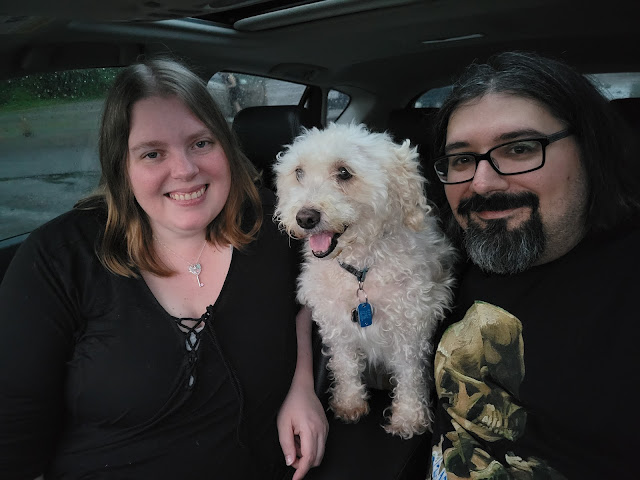 Unfortunately, it poured for most of the evening, so Little Harvey didn't get to go on his customary tour of the drive-in lot, but it did finally start to ease up about halfway through the flick, so we got to sit outside for some of the movie. 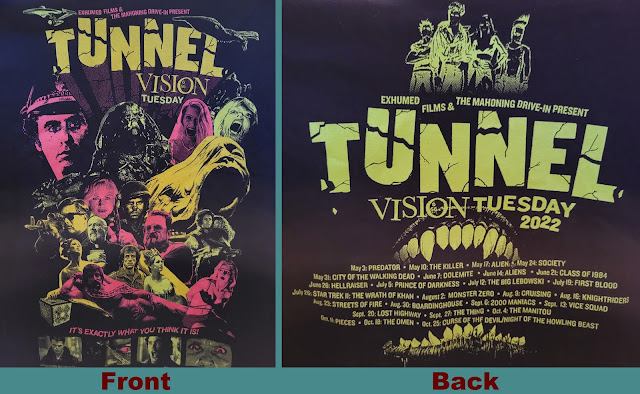 I did go out into the rain to check out the Exhumed Films table in the concession building and buy their 2022 Tunnel Vision Tuesday t-shirt.  It has a complete list of movies that are being shown on Tuesdays at the Mahoning this year, some of which have not been officially announced yet.
I'm not really sure what the reason for the delay is with the announcement of these movies since they're already confident enough about the dates to have a t-shirt made.  Seems to me like waiting to announce them is taking an unnecessary risk that potential ticket buyers will make other plans for that day.  I know I've missed out on a few things that I would have been happy to go see at the Mahoning if they had announced it a bit sooner. 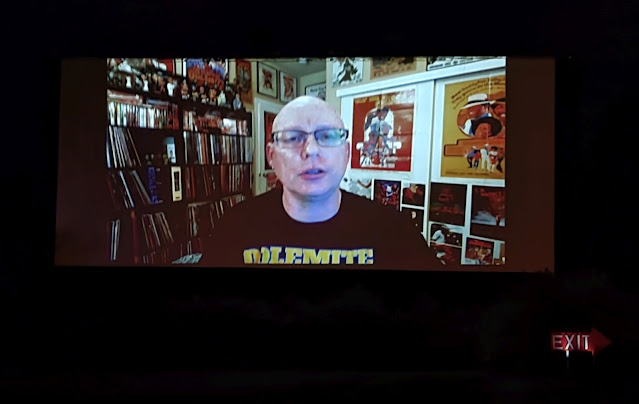 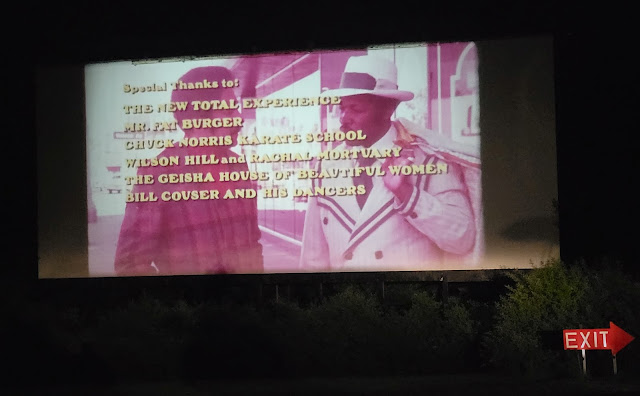 The movie began with a taped introduction sent to the Mahoning by Mark Jason Murray, who is the author of the authorized Rudy Ray Moore biography: Thank You For Letting Me Be Myself.  There was then an extended trailer reel of blaxploitation movies from Exhumed Films before the feature presentation.  This movie is most certainly not for everyone, particularly in our current age of overbearing political correctness that often crosses into self-parody, but for people who go to the movies to have a good time and who can appreciate the fact that Rudy Ray Moore spent every penny he had to get this movie made, it is definitely worth watching.