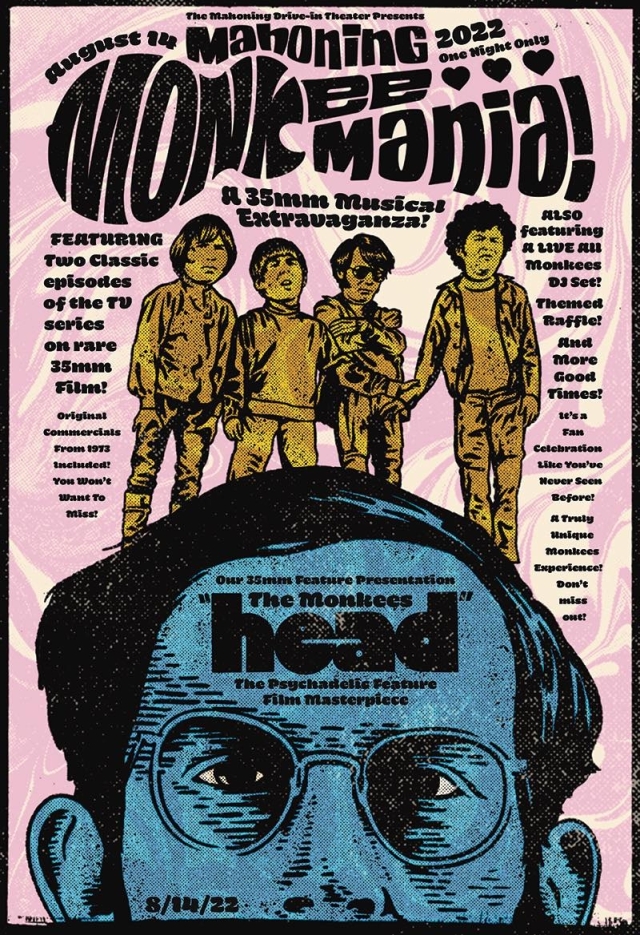 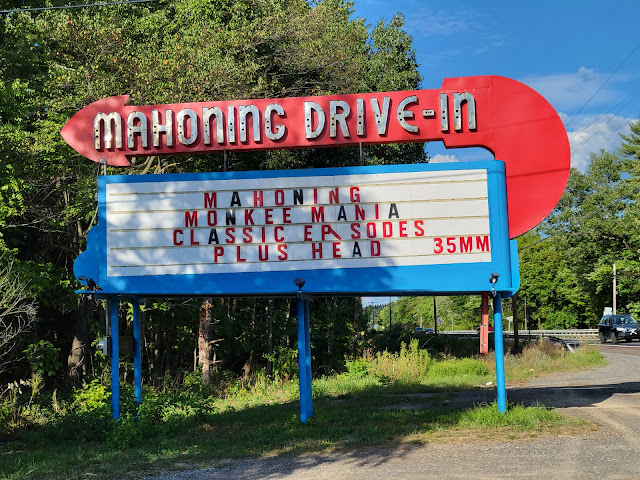 Mahoning Monkee Mania was a passion project of its general manager and resident Monkee maniac, Mark.  In the weeks leading up to this event, Mark had a few guests on the Mahoning Drive-In Radio Podcast to talk about the circumstances that made this event possible.  Collectors have acquired 35mm prints of Monkees episodes that aired in syndication on ABC during the 1973 season in the years since they were broadcast on television.  Three of these episodes were shown during Mahoning Monkee Mania to bookend the band's 1968 feature length film, Head. 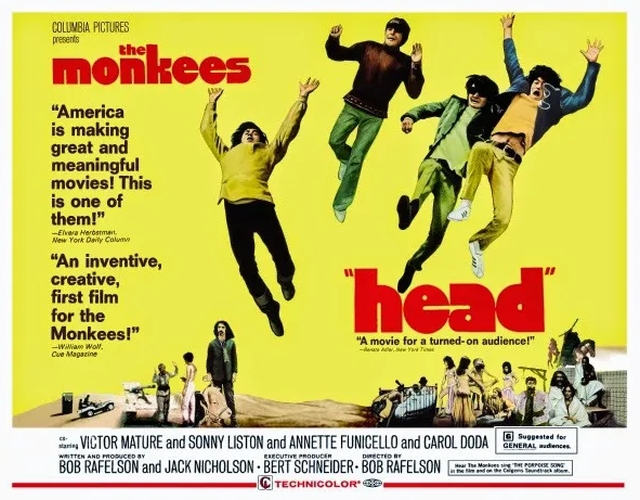 I've watched plenty of episodes of The Monkees television series that aired in syndication when I was a kid in the 80's, and I grew up listening to their hit singles from my mother's collection of 45s that she kept in my room when I was very young.  However, until this show was announced, I had no idea that The Monkees ever made a movie. 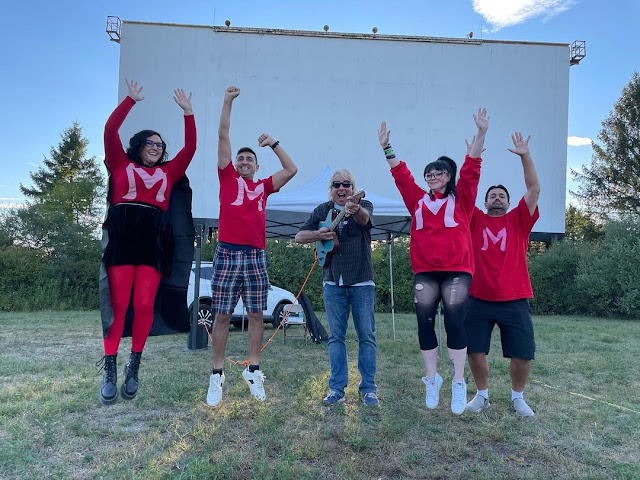 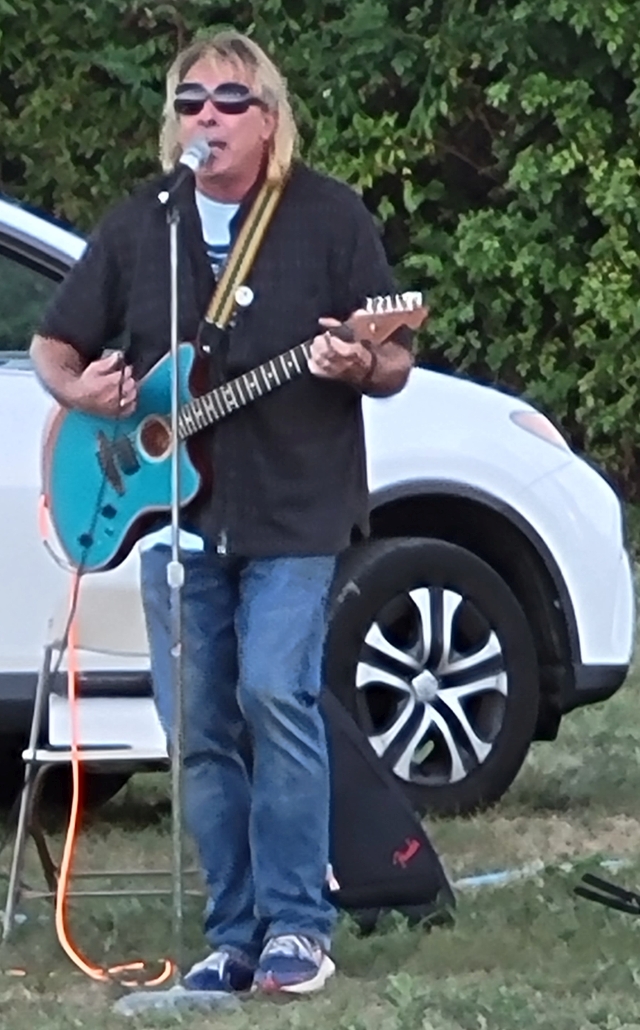 Musician Mick Lawless performed a solo acoustic set of Monkees classics during the pre-show.  He's the guitarist and lead vocalist of Loose Salute and Mick Lawless and the Reckless Hearts, and he has performed with both Micky Dolenz and Peter Tork. 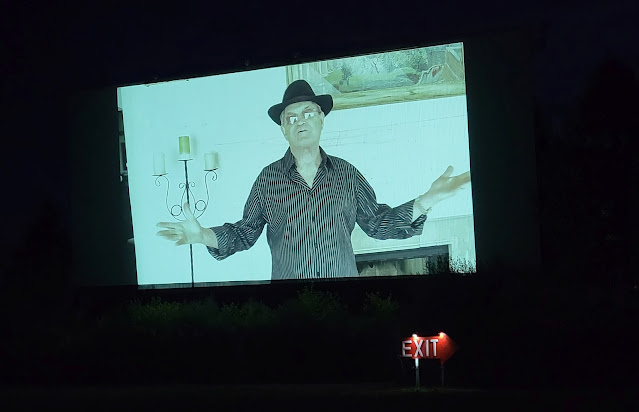 Speaking of Micky Dolenz, the man himself recorded a nice introduction especially for the fans in attendance at the Mahoning Drive-In Theater, including a plea for folks to reach out to him to explain what Head is about if any of us manage to figure it out. 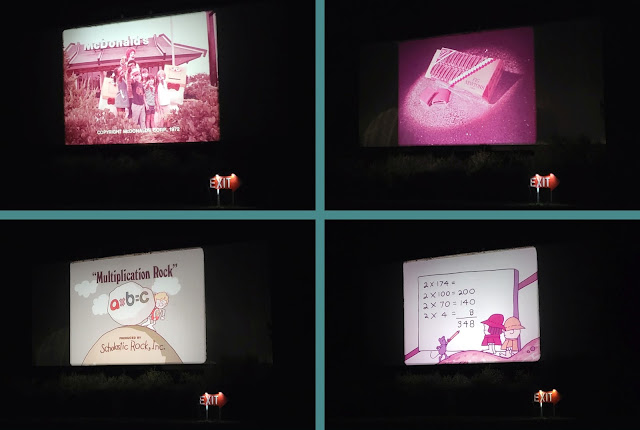 The 35mm prints of The Monkees episodes are from when ABC aired the show in syndication on Saturday mornings during the 1973 season, and they included many of the original commercials from that time.  There was also a short cartoon called Multiplication Rock, which was the predecessor of Schoolhouse Rock. 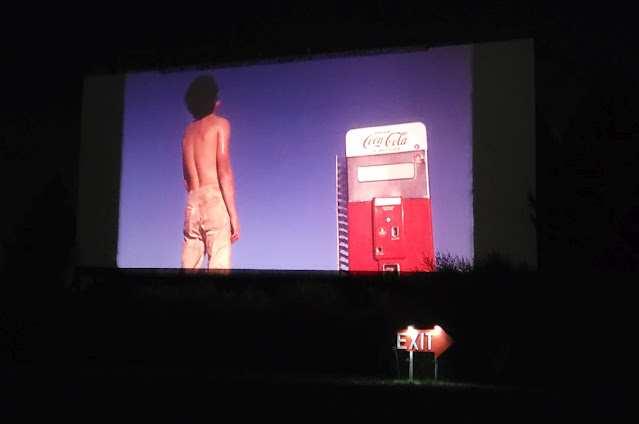 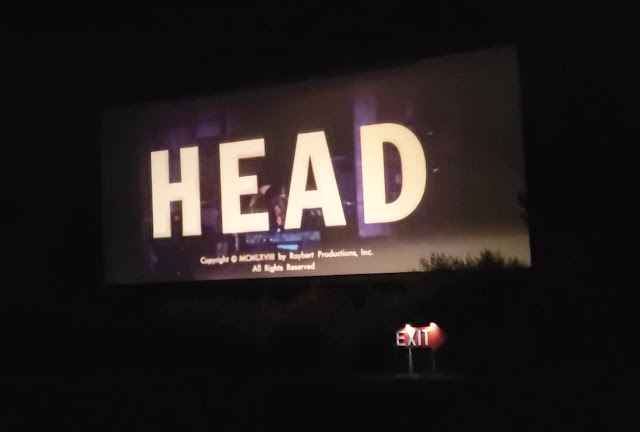 There was an intermission after the two episodes of The Monkees aired, after which there was a screening of the band's 1968 feature film, Head.  I enjoyed it quite a bit, but I have no idea how to describe it.  If I'm being perfectly honest, I'm not even sure what it's about.  It has a lot of funny moments and great music, including the absolutely beautiful Porpoise Song, but the movie is so trippy and bizarre that it defies description.  This is a movie you're just going to have to see for yourself.  It's available to stream for free on Crackle.  If I could offer any advice, it would be to go into this experience with an open mind, because this is unlike anything that you've ever seen before.
After the movie, there was one last surprise to send us off - a screening of the fourth episode in the series: Your Friendly Neighborhood Kidnappers.  It's the story of an unscrupulous manager of a rival rock band (with an appropriate last name for a scumbag villain) who has The Monkees kidnapped to keep them out of a talent competition.  This reel didn't have any of the 1973 commercials, but it's a very funny episode and a nice way to close out Mahoning Monkee Mania. 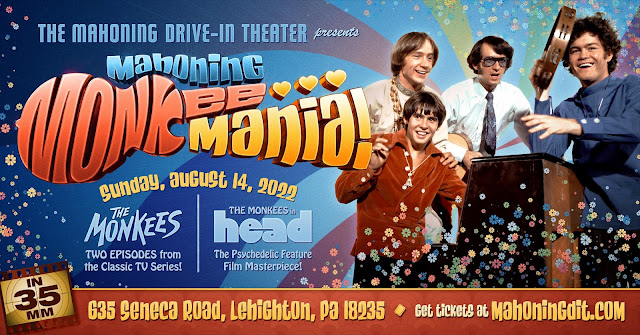 This was an incredible event that I'm glad to have attended.  Mark put in a hell of a lot of work in creating and promoting this show, and I was extremely happy to see that the lot was packed for the night.  In fact, it was one of the biggest crowds I've seen at The Mahoning all season.  Many of the fans in attendance were first time visitors, and I'm sure that a lot of them fell in love with this place.  It's almost impossible not to.