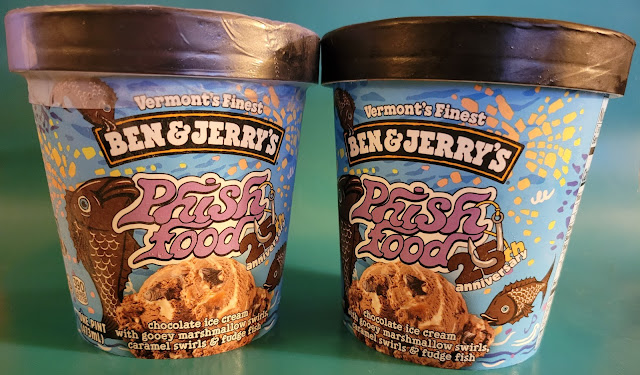 Phish Food
Ben & Jerry's (2022)
The iconic Ben & Jerry flavor that was inspired by Phish was first sold in stores in 1997.  At the time, I was 17 years old and working as a front end cashier at Wal-Mart.  I saw it for the first time when one of my customers had it in their grocery order and I blurted out "holy shit, Phish has an ice cream!".  Thankfully, my manager wasn't around to hear it, and I picked up a pint of my own at the end of my shift.  I weighed about 160 pounds at the time, and I'm not blaming Phish Food for the weight I've put on in the years since, but at least some of this belly was built by its gooey marshmallow swirls. 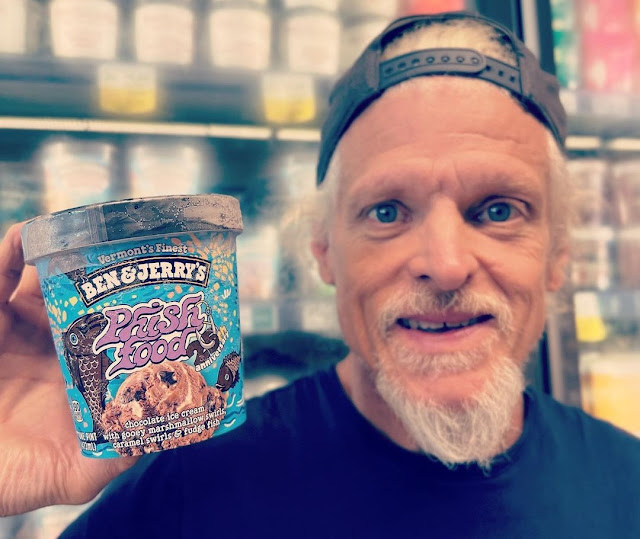 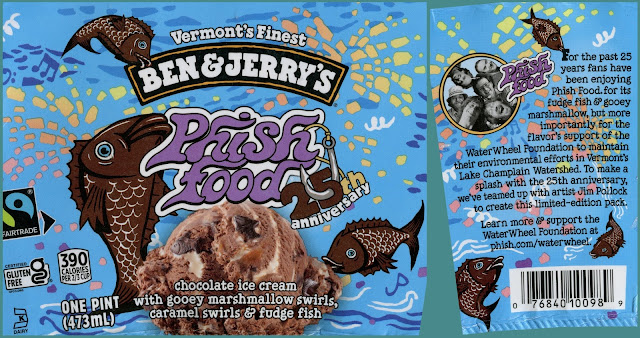 Ben & Jerry's partnered with artist Jim Pollock to create a special 25th anniversary package for this delicious flavor.  He has collaborated with Phish for many years to create artwork inspired by the band and its music.  You can see some of his work on Instagram and at the Bottleneck Art Gallery.

If you love chocolate, you really can't do too much better than Phish Food.  It's made with a chocolate ice cream base with marshmallow and caramel swirls, and there are dozens of little fudge fish hiding throughout the carton. 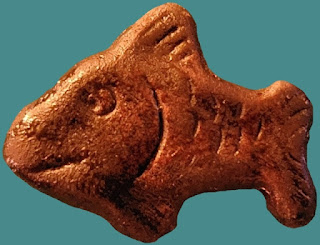 You've got to admire the commitment to the bit here.  Any other ice cream maker would have thrown in some chunks of chocolate that are roughly fish-shaped, but Ben & Jerry's goes the extra mile.  Not only do their fudge fish have dorsal, ventral and tail fins, but they're articulated with eyes, scales and a little smiley face.  That's a hell of a lot of detail for a piece of chocolate that most people don't ever really get to see... unless they're some middle aged weird-o that dug a fish out of the carton, rinsed it off, and let it dry on the kitchen table to take photos of it for his blog... but what kind of nerd would do a thing like that?