The Extreme Game Store At The Laurel Mall


The Game Store
Laurel Mall - Hazleton, PA
Today is the birthday of ECW legend Stevie Richards.  The 51 year old who once led the Blue World Order can be seen in some of the most iconic moments in the history of Extreme Championship Wrestling.  He also did a television commercial for a place that I worked when I was a teenager in the late 90's. 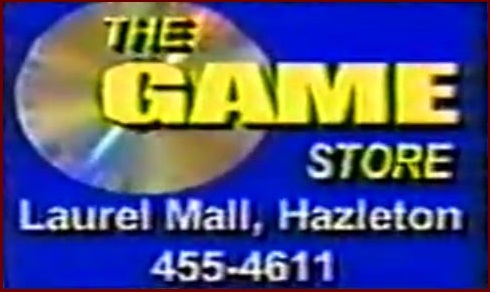 For a short time in the late 90's, the spot in the Laurel Mall in Hazleton, PA where the Aladdin's Castle arcade once stood was occupied by The Game Store.  I was pretty excited to get the job, but that feeling wore off pretty quickly.  It ended up being one of the most boring jobs I've ever had, mostly due to the fact that there were hardly any customers.  It was easy to understand why that was the case when you looked at our shelves.  The K-Mart across the mall had a better selection of games, and they were charging less for new titles than we were charging for used games.  I remember one day that I bought a Game Boy Color at the end of my shift, and I'm pretty sure it was the first sale that the store made that day.  The store in the Laurel Mall didn't last too long, but thanks to Big Stevie Cool and old VHS recordings, it won't be forgotten.