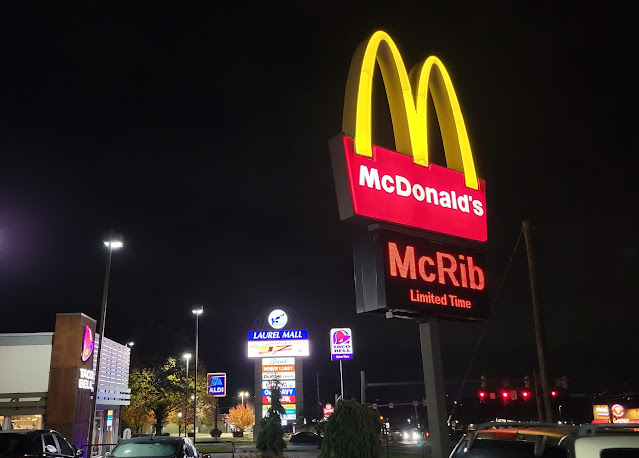 McRib
McDonald's (2022)
Well, it's that time of year again when I convince myself to buy a McRib.  Even though I'm trying to eat healthy, these things will only be available for a limited time, so there's no harm in having a couple of them.  I can always have a salad tomorrow, and it'll all balance out at the end of the week, right?  Right? 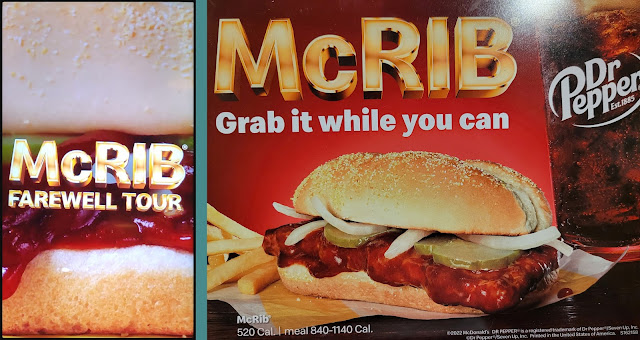 If McDonald's is to be believed, this will be the last year that I have to make this rationalization at the drive-thru window... at least for this particular limited edition sandwich.  This time around, the return of the McRib is being marketed as a "farewell tour".  Just about every news article I read about this promotion seems to believe that McDonald's are lying through their teeth and the McRib will be back on schedule in 2023 (no doubt with a "returning due to popular demand" tagline), but just in case they're not crying wolf, I went ahead and ordered one.
Ahhh, who am I kidding.  I would have had a McRib whether it's on a "farewell tour" or not. 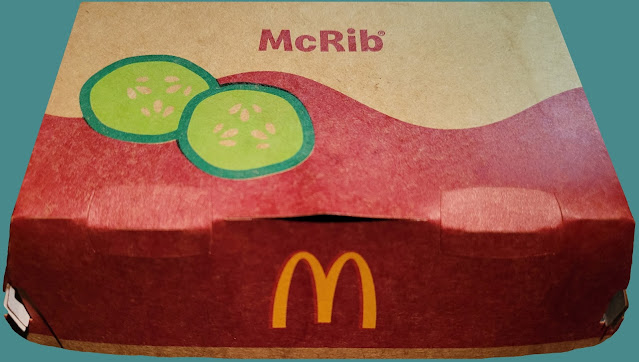 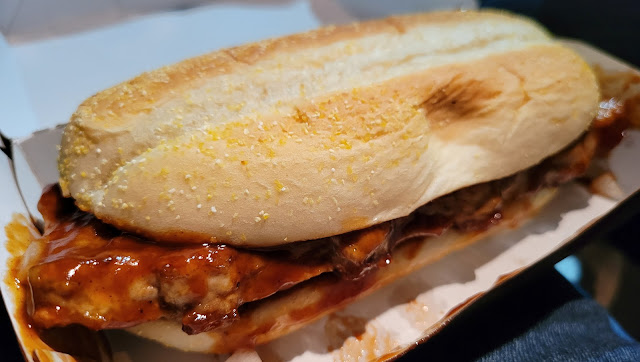 I really hope that the Farewell Tour is just a gimmick and that the McRib will be back.  I've always thought of this as the perfect limited edition product.  You're never quite sure when it's going to come back, but it's always announced in advance, and it remains available just long enough to give everybody who wants one the chance to have it, but not so long that it overstays its welcome.  If it was on the menu all year long, I probably wouldn't order it too often, but the fact that it's marketed as a once-in-a-while treat makes it special, and I end up enjoying it more as a result.
If this really is the end of the road, it's been a hell of a ride.