The Butcher Of Bakersfield 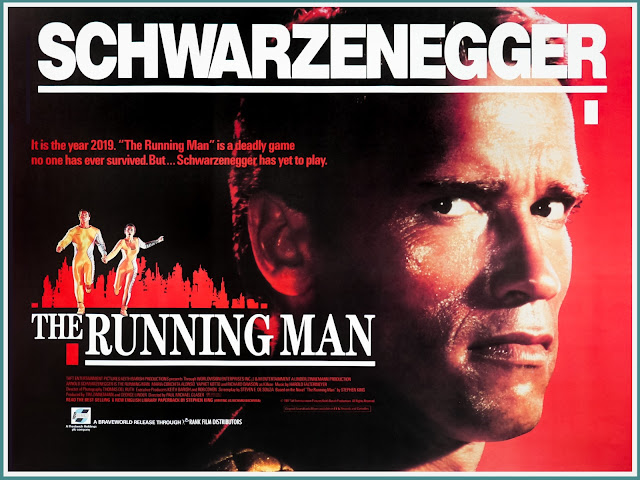 The Running Man
TriStar Pictures (1987)
By Fall 1987, Arnold Schwarzenegger had established himself as an action star and Stephen King had a reputation as one of the most successful writers of his generation who had multiple film adaptations of his work.  Those two worlds came together thirty-five years ago today when The Running Man premiered in theaters. 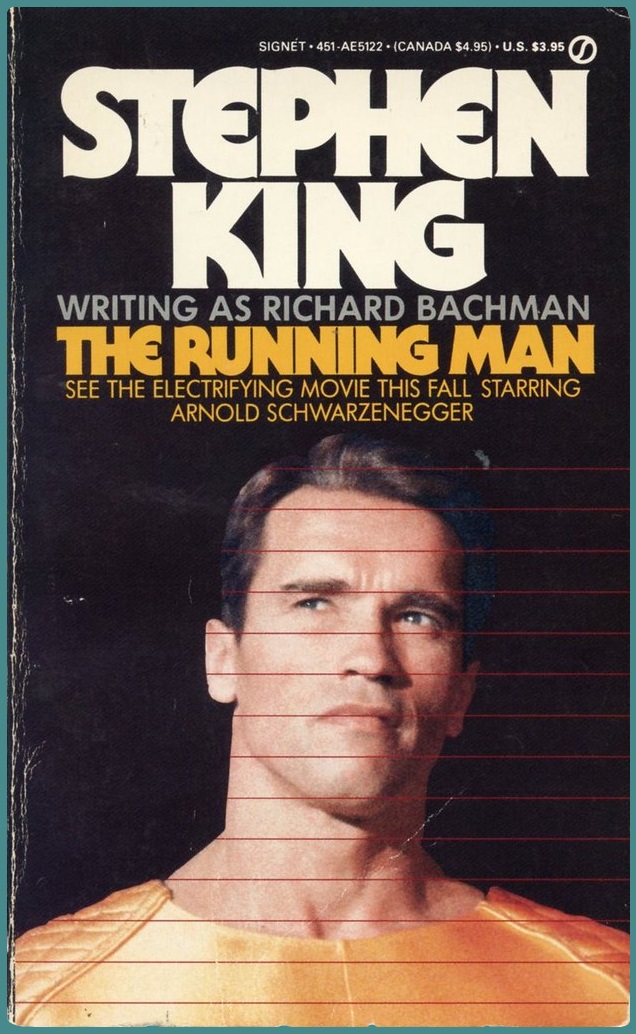 Both the book and the movie are among my favorites today, but I was pretty late to the party for both of them.  I've been a big fan of Stephen King since I was a teenager, but sitting down and reading a novel is challenging for me because I get distracted very easily.  For this reason, Audible has been an absolute godsend.  Between college and work, I've had a roughly 30 to 40 minute commute five days a week for about the past twenty years, and a lot of that time alone in the car has been spent checking off boxes in my bucket list of books that I've always wanted to read, but never could find the time.  The Running Man was one of those books.  It's been about ten years since I first experienced it and I would definitely put it in my top ten favorite works of Stephen King.
I don't know that I can say that I liked the book better than the movie, or vice versa for that matter, because they share almost nothing in common.  They each feature a character named Ben Richards who is trying to survive while others are trying to kill him for the entertainment of others, but that's where the similarities end.  Everything else, from the tone of the story, to the personality and motivations of the characters and the world that they live in, is completely different.  The two stories are coming from such a drastically different place that I really can't compare the two. 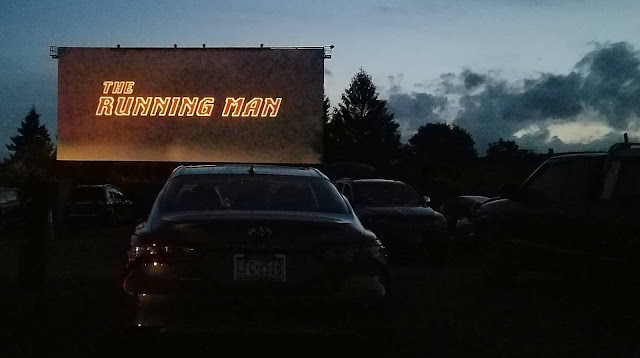 I was only vaguely aware that The Running Man existed as a motion picture when the lineup for the 2021 Drive-In Apocalypse weekend at the Mahoning Drive-In Theater was announced.  We had just discovered this drive-in a month earlier, and this was the first movie that I got to see here that I hadn't seen before.  If you want to know what 80's action movies are all about, this is one that you absolutely need to watch.  It's balls-to-the-wall from start to finish with Arnold Schwarzenegger delivering violence and hysterically cheesy one liners in equally massive numbers, and it features characters played by Family Feud host Richard Dawson, professional wrestlers Jesse "The Body" Ventura and "Professor" Toru Tanaka, and musicians Mick Fleetwood and Dweezil Zappa.
The movie didn't remind me of the book at all, but that's alright because it stands apart as its own incredible work.  If anything, it could have passed for the movie adaptation of Smash TV if the film hadn't predated the arcade game by three years.
If you've never watched this before and you're looking for something that you can pop a bowl of popcorn, turn off your brain and just get swept away in the absolute chaos on the screen, you could do a lot worse than The Running Man.  It's available to stream on Showtime and a few other places.