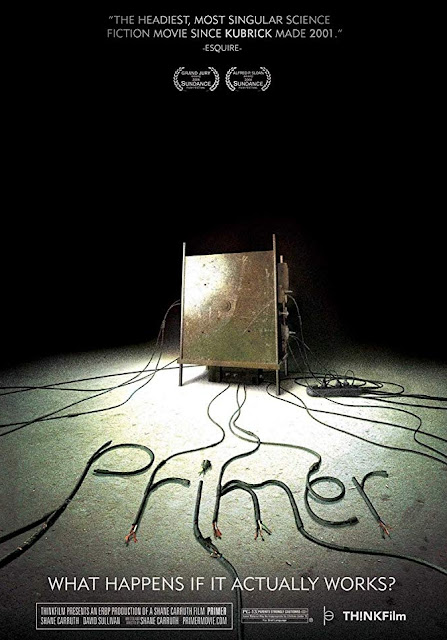 Primer
Think Film (2004)
Interesting concept of time travel.  I respect that writer/director Shane Carruth wanted the dialogue to be scientifically accurate, but...wow.  In his review for Esquire magazine, Mike D'Angelo said that "anybody who claims to fully understand what's going on in Primer after seeing it just once is either a savant or a liar".  He's not wrong - the dialogue in this was way over my head.  I'm not usually a fan of remakes, but I wouldn't mind seeing a version of this that's a little easier to follow.