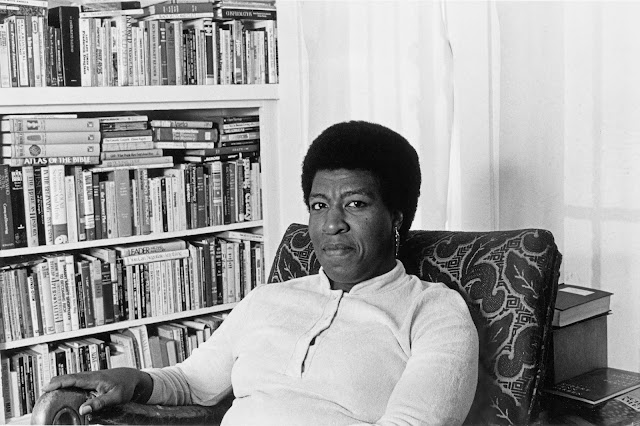 Octavia Butler
1947 - 2006
The world has lost a brilliant writer late last month when Ms. Butler passed away outside of her Washington home.  She was 58 years old.

I first discovered Ms. Butler in the mid 90's when she did an interview with the Sci-Fi Channel to promote her 10th novel, Parable Of The Sower.  She immediately stuck me as a kindred spirit (no pun intended) - a person who has difficulty interacting with others and who can see human society for what it is when you peel back the glossy coating.  I feel the same way, and I often wonder which is the result of the other.  In that interview, she mentioned that she had no idea how to get along with other children.  The host asked her if she gets along with people now, and without an ounce of humor, she told him "I can fake it.  I can do it for periods of time, and then I have to go back home and hide for a while.  I'm a very solitary person."  I have felt exactly the same way throughout my life.

Her stories are a pessimistic, but not hopeless look at the future.  If you're a fan of science fiction and haven't experienced her work, check out Kindred and Parable Of The Sower.