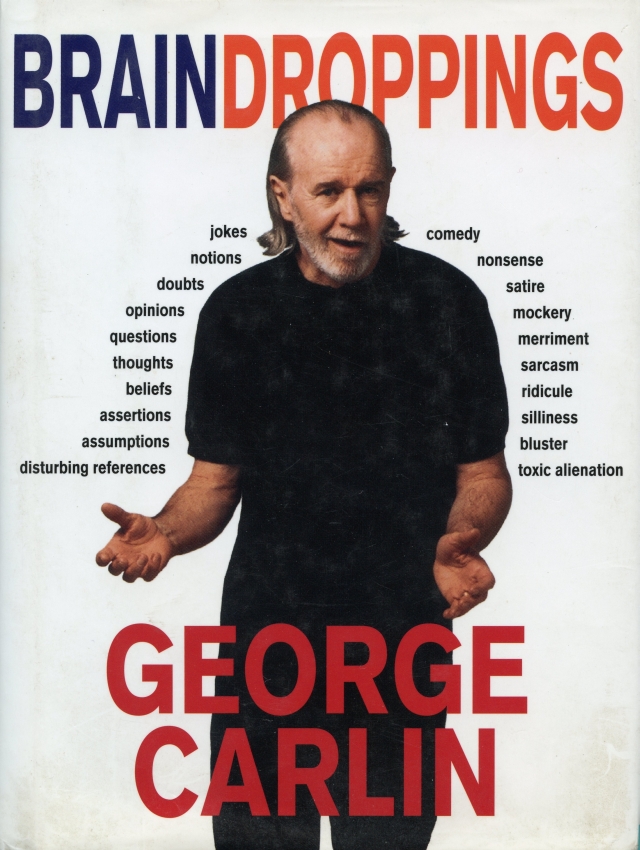 Brain Droppings
George Carlin (1998)
My favorite entertainer, and quite possibly my favorite person on earth that I don't know personally has turned 70 years old today.  I don't think there's ever been a person whose words cut through to my brain quite as directly as George Carlin.  It's not just that he's hysterically funny.  He has an outsiders view of the world that I've not found from any other source than my own brain.  It's as if he's from another planet and he's offering observations about a world and a species that he is studying academically, without any form of personal attachment.  I can't begin to explain how strongly I identify with this perspective.

I got to see him perform six years ago at the Kirby Center in Wilkes-Barre, and I hope to see him again.  Maybe one of these days, I'll ask him to sign my book.  Brain Droppings was Carlin's first book.  It was published in 1998, and the audiobook won a Grammy Award for Best Spoken Comedy Album in 2001.  It was his third Grammy for a comedy album, and now that I write this, I noticed that he accepted the Grammy for Brain Droppings twelve days after the show in Wilkes-Barre.

The entire book is great, but the part that speaks the loudest to me is the preface.  I've scanned it below.  The part in the red box matches who I am and how I think closer than anything else I've ever found, and he explains it better than I could.  It's not necessarily who I want to be.  Truth be told, I sometimes wish I could just melt into society, be normal, and go along to get along like just about everybody else.  I can fake it for short bursts, but it's like bailing water out of the Titanic with a bucket.  Eventually, it's going down and it's taking me with it.  If you're reading this and you want to get to know me better, read these pages.  If you still want to get to know me better after that, it's on you. 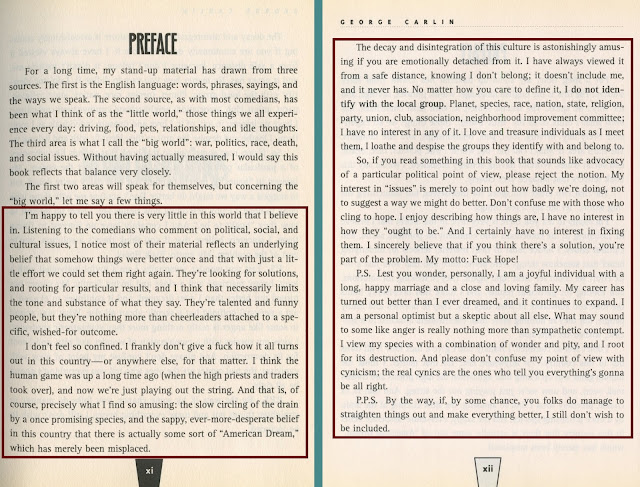