One Step Forward - Two Steps Back 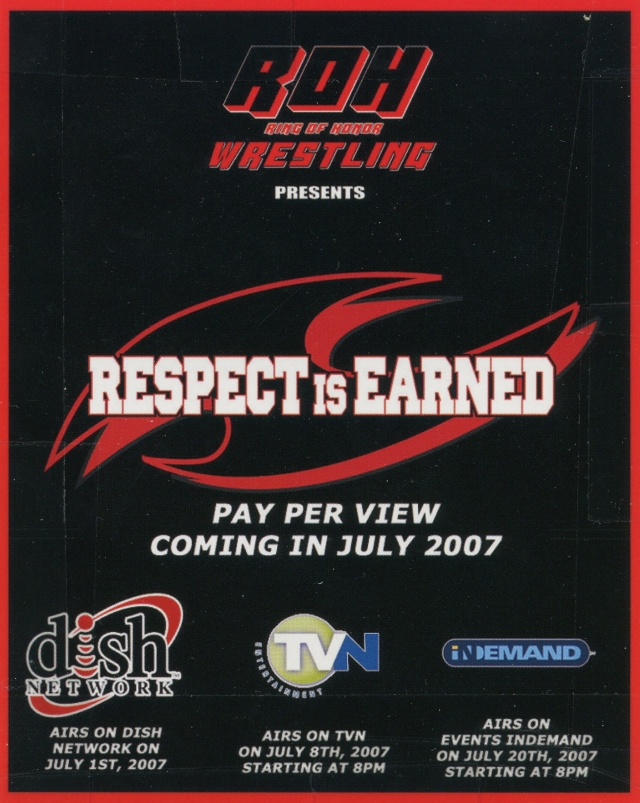 ROH: Respect Is Earned
Manhattan Center - New York, NY
This show is intended to be the first Ring Of Honor pay-per-view event.  As excited as I am to be in attendance, I think this is a really bad idea for the company.  Shortly after ROH made the announcement that they're expanding to nationwide distribution on pay per view, TNA announced that they will no longer allow any of their contracted performers to appear at a Ring Of Honor show.  So, that means no more Samoa Joe, Christopher Daniels, AJ Styles, Homicide, Austin Aries, or anyone else who is currently under TNA contract.  That means that some of the biggest names in company history who would appeal to potential ppv buyers will be nowhere in sight.  Also, a significant percentage of main event level talent who aren't being pulled out of the company by TNA are wrestlers who are visiting from Japan and have agreed to a limited number of dates.  Without wrestlers contracted to TNA or Japanese promotions, I don't think that have enough left to maintain the company at the level they've been at for the past two years, let alone to grow and expand it successfully to a nationwide audience.
To make matters worse, this show isn't airing live on pay-per-view - it's being pre-taped for broadcast later on in the year, and it's not even going to be available throughout the country at the same time.  Dish Network will be the first carrier to air the show on July 1st and In Demand not getting it until nearly three weeks later.  It seems that this company believes that the recipe for success is to sell a nearly two month old show as a pay-per-view without most of the top talent that put them on the map in the first place.  For their sake, I hope they're right, but I can tell you that if I wasn't already a fan of this company, I highly doubt that this show would have made me a fan. 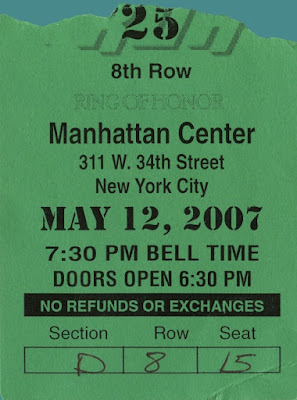 With the exception of the Takeshi Morishima vs BJ Whitmer match, which lasted about three minutes and felt more like a burial of Whitmer than a buildup of Morishima, all of the matches were good.  However, the structure of the show felt strange, and not in a good way.  Nigel McGuinness came out at one point to challenge Morishima to a match.  Then Morishima came out, followed by Bryan Danielson.  This led to a 2-on-1 beatdown of McGuinness until Kenta came in to make the save.  Finally, McGuinness challenged Morishima and Danielson to face he and Kenta in a tag team match in the main event.  I don't know if it was a problem with the microphones or the speakers, but I could barely understand what anyone was saying.  But even if it was crystal clear, the whole skit felt out of place for an ROH show.  It felt like they all got together to watch a few episodes of Monday Night Raw and were trying to imitate their format.  It did not feel like the Ring Of Honor that made me fall in love with the company in the first place.
Later in the night, Homicide came out to the ring with Julius Smokes to give his farewell speech to the ROH fans.  I was hoping someone would run out to interrupt him and we'd get one last match with Homicide going out on top in front of his hometown crowd, but it didn't happen.
I know this is going to come across as negative, but I don't mean it to be.  This was a very enjoyable show with a lot of great matches.  It's not my favorite ROH show that I've ever attended, but I'd probably put it in the top five.  However, it does feel like the company has decided to go in a different direction and are moving away from a company focused on the best in-ring product in the country in favor of trying to be WWE Junior, and that's not a change that I'm especially happy about.  I hope that I'm wrong.
Results: