The Ram vs The Ayatollah 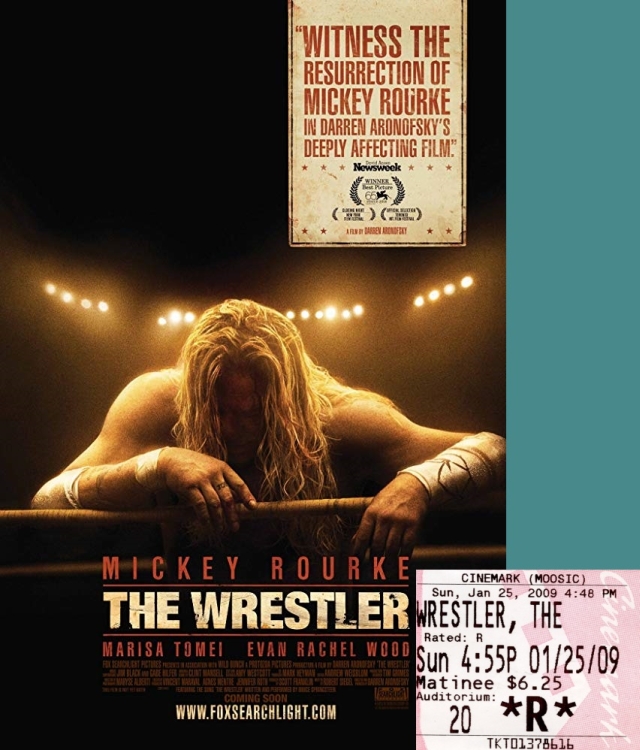 The Wrestler (2009)
Cinemark - Moosic, PA
I've been looking forward to seeing this for the past year.  Angie and I worked as extras in the final scene.  I didn't notice either of us in the background on the big screen, but it's tough to say for sure.  I'll have to wait until it comes out on DVD to see if we made the final cut.
Even if you're not a fan of professional wrestling, this is a powerful film that I wouldn't hesitate to recommend to anyone.  Mickey Rourke delivers a flawless performance as a wrestler who was on top of the world back in the 80's, but has now found himself back on the indy scene, hoping to scratch a buck out wherever he can.  I can't help but to notice the parallel's between his character, Randy "The Ram" Robinson and the peek behind the curtain that we get to see of Jake "The Snake" Roberts in the 1999 Beyond The Mat documentary.
The ending is different than the one that I saw on the second night of filming (the night with the ROH crowd from their live event), which is where most of the crowd shots from that scene seem to have come from, but I'm thinking that ending was never intended to be used for the film and was just tacked on for the benefit of the wrestling fans in attendance.  If that's the case, Daren Aronofsky made the right call.  I don't want to spoil anything but I think that they way the finished movie ended was absolutely perfect.