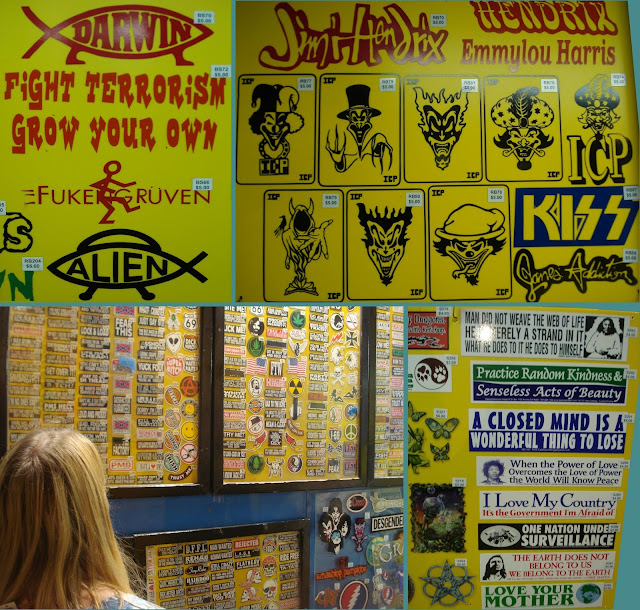 Sticker Stand
Bloomsburg Fair (2010)
Though not it's official name (unless I managed to guess it correctly), the Sticker Stand is one of the places I always make a point to visit at the Bloomsburg Fair.  I don't think they've updated their stock since Kurt Cobain was alive, but they have well over a thousand different decals, bumper stickers and other random stuff.  Some of it is music related, some of it is political (both sides), some of it is pretty offensive, and some of it is pretty damn old.  I have to wonder how a teenager today interprets a parody Fahrvergnügen car decal.  They probably think it's a Norwegian metal band.