Cliff and The Mad Dog 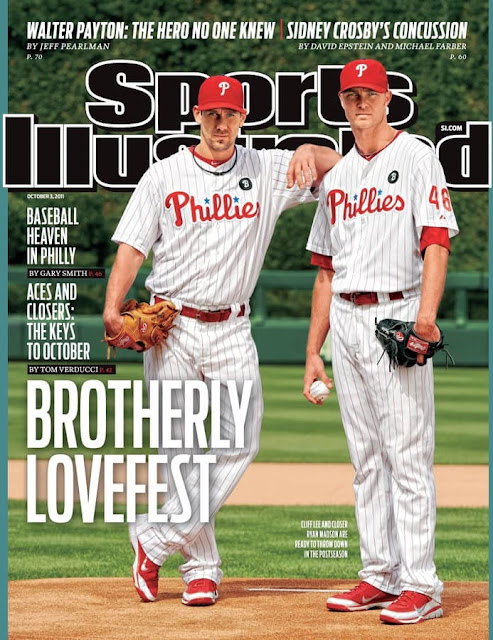 Sports Illustrated
October 3rd issue
The Phillies finished with the best record in baseball for the second consecutive season.  Sports Illustrated have put Cliff Lee and Ryan Madson on the cover of this month's issue to commemorate the Fightin's playoff run.

While Mad Dog pitched a scoreless 9th last night, Lee didn't have the greatest showing in Game 2 of the NLDS, but some of the blame goes to Charlie Manuel who has a habit of leaving his starter in until he gives up the lead.