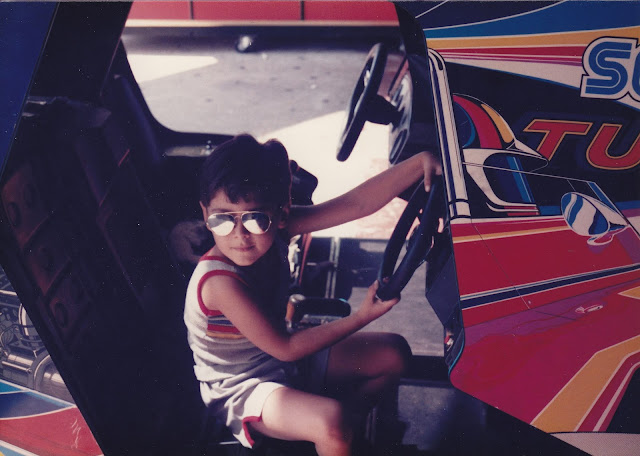 Turbo
Sega (1981)
Years before they dominated the arcade racing scene with Hang On, OutRun, Virtua Racing and the siren song of Daytona USA, Sega published one of my favorite racing games of all time - Turbo.

That's me in the photo above.  It was taken in the summer of 1985 at an arcade on the boardwalk in Wildwood, NJ.  Going to these arcades and playing games like Turbo are some of my happiest childhood memories.  Turbo was released thirty years ago this month.  Time to fire up Mame and play a few games in honor of a true arcade classic.